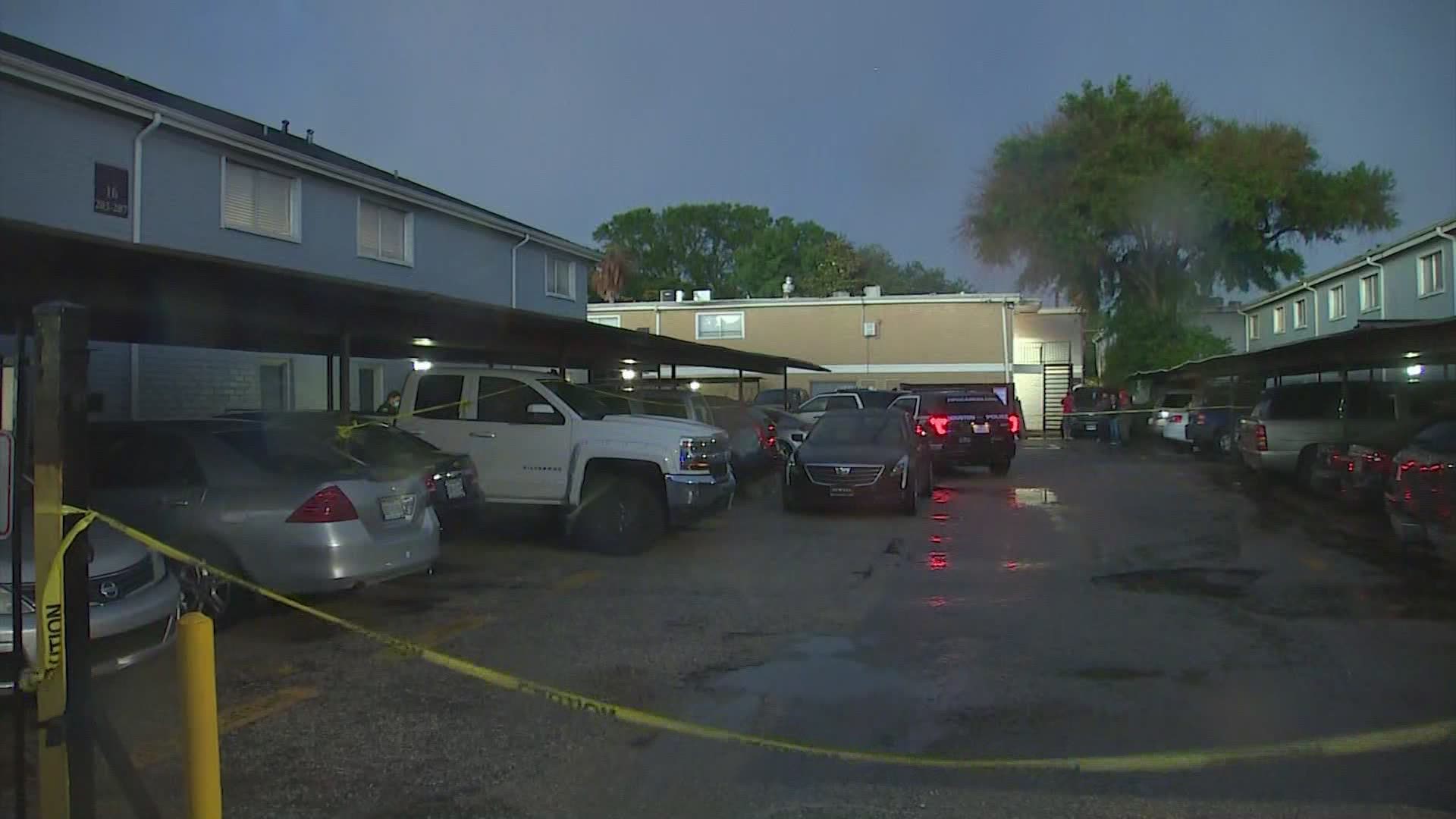 HOUSTON — Three men were killed in a shooting in the Spring Branch area, the Houston Police Department tweeted Monday night.

Houston police said they got reports of the shooting at about 7:15 p.m. when a caller told them he had been shot in the stomach.

Witnesses said they heard several gunshots and saw two men running from the scene, according to police. One ran northbound on Blalock and the other got into a truck and drove away, police said.

Police said they found on victim upstairs. That man was the one who was taken to an area hospital where he was pronounced dead. The other two victims were found downstairs.

Police said they aren't sure if the victims knew each other.

This is a developing story and updates will be added to this article when they become available.