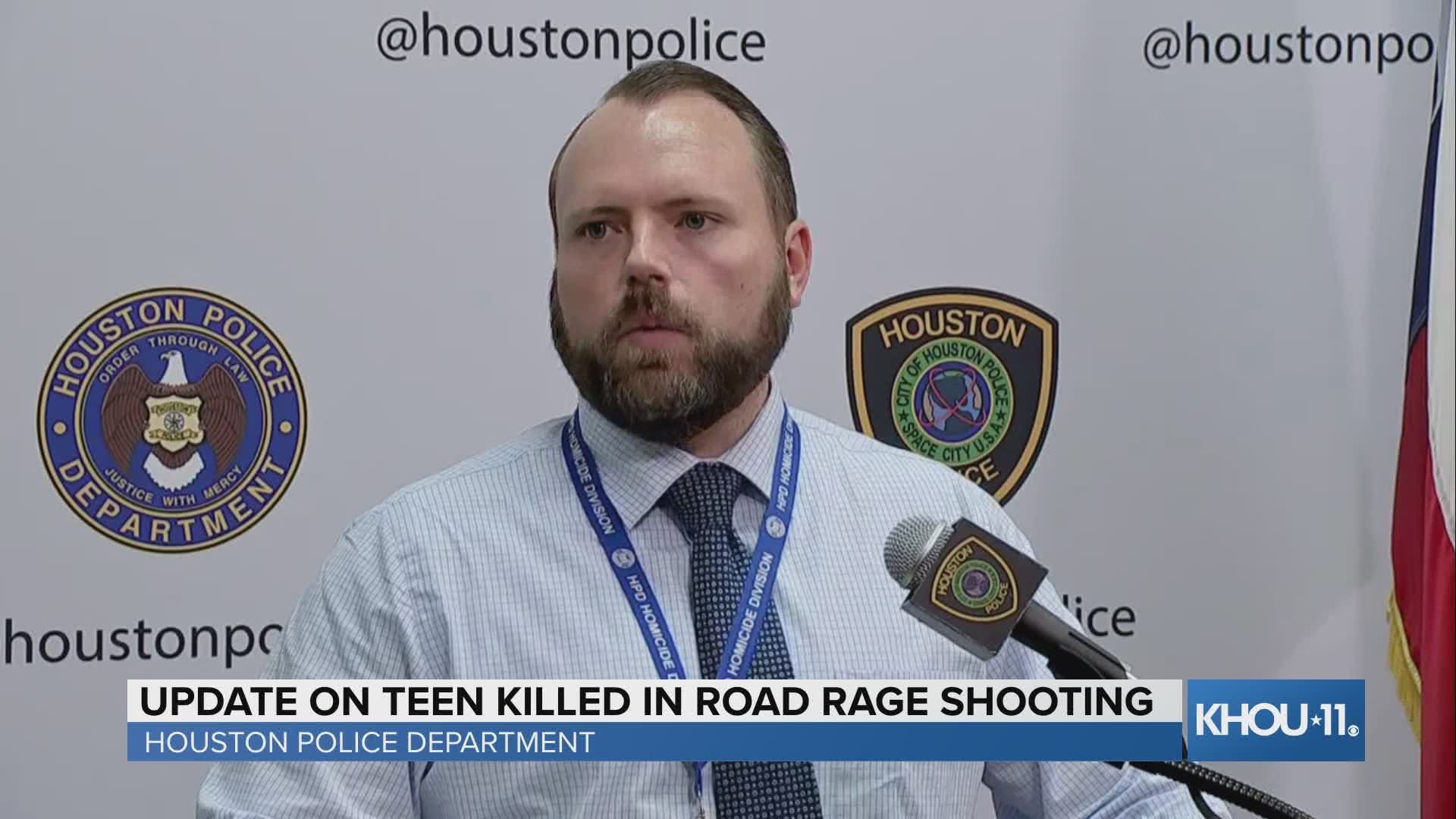 HOUSTON — "Anything could help at this point."

That's what Houston police said as they pleaded to the public for help in identifying and locating the suspect wanted for the fatal shooting of a teen after an Astros game on July 6.

Homicide detectives have not been able to identify the suspect in this shooting, but Friday, they released a sketch and described the suspect as:

The vehicle he was driving is considered to be a white 2010 to 2014 Buick LaCrosse with a sunroof, paper tags and distinctive rims. There was no front plate on the car.

David Castro, 17, was shot to death after his father, Paul Castro, got into a road rage incident with an unidentified man after an Astros game let out at about 11 p.m. that Tuesday.

Investigators said surveillance video showed the suspect driving erratically and weaving in and out of traffic after he exited from Highway 59 unto Polk Street.

The suspect reportedly got stuck in traffic, and when he turned on Chartres Street, that's when he encountered the Castro family.

Police said video shows the suspect open the door to his car and then follow the Castro family to I-10 where both vehicles then exited to Wayside, near where the shooting happened.

There is no surveillance video of the actual shooting, police confirmed.

Investigators said they know someone in the Houston area knows the suspect and are asking anyone with tips to call police.

A devastated Paul spoke to the media with police on Friday and said he is "just looking for justice."

“This person needs to be taken off the streets,” Paul said. “You don’t bury a child. It’s a nightmare”

Pail said he is thankful for the outreach of support he and his family have received during this difficult time and asks that perform acts of kindness in honor of his son who he described as a person who wanted to make the world a better place.

Listen to Paul's entire statement below:

At the moment, the reward for any information that will lead to the arrest of this suspect, in this case, stands at $10,000.

Anyone with information that can help authorities is urged to call Crime Stoppers at (713) 222-TIPS.