HOUSTON - The Harris County District Attorney's Office is notifying defense lawyers that a crime scene investigator made errors in 65 cases dating back to October of 2015. 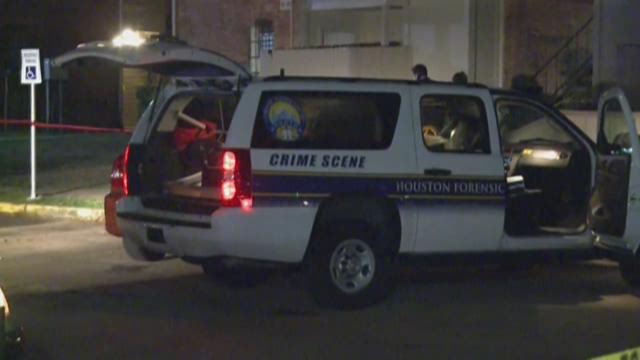 HOUSTON - The Harris County District Attorney’s Office is notifying defense lawyers that a crime scene investigator made errors in 65 cases dating back to October of 2015.

Cases with errors include 26 homicides and five officer-involved shootings.

In a letter sent by the DA's office and obtained by KHOU 11 News, the officer is identified as Justin McGee, a Houston Forensic Science Center investigator with HPD.

The review of 88 cases handled by McGee, determined that 65 had incomplete documentation, 32 had administrative errors, and, in five cases, evidence had been misplaced.

The letter said Sgt. Jeff Cruser conducted an initial review of McGee's work and failed to identify the errors.

"As a result, on March 29, 2017, Cruser was removed from Technical Review Status," the letter said.

The District Attorney’s Office is currently reviewing the cases to identify the affected defendants with disposed or pending cases.  They will notify each defendant's attorney.

“Defense lawyers are going to have a chance to determine for themselves the relevance of these errors or omissions,” Tom Berg, first assistant for the Harris County District Attorney’s Office, said Tuesday. “Because most of these cases have not yet been fully adjudicated, we won’t speculate on the possible impact, if any."

"We just want to make sure none of those are resolved improperly," said Tyler Flood, Harris County Criminal Lawyers Associated President. "Nobody is pleading guilty or going to trial on cases that may be effected by some of this evidence."

The audit was ordered after errors were noticed in a few cases investigated by McGee. The crime-scene officer has since been reassigned to a patrol position within HPD.

However, the President of the Houston Police Officers’ Union says this is evidence of a systemic problem within the Houston Forensic Science Center.

“The officer clearly had some errors in there, but I would attribute those to experience and lack of training. What’s interesting is the Houston Forensic Science Center had a training division last year, and because of budget cuts, they fired every one of them,” said Ray Hunt, HPOU. “It ain’t his fault. If you’re not trained adequately and you’re not given the experience, you’re not going to be able to do the work properly.”

Hunt claims Cruser notified his civilian supervisors about the issues over a year ago, so he is being unfairly disciplined.

“HFSC has taken measures to address the mistakes made in these cases and to prevent similar errors going forward,” said Dr. Peter Stout, HFSC’s CEO and president. “The crime scene unit is a focus of HFSC’s efforts to ensure high-quality science is conducted throughout the organization, and steps are being taken to retrain and increase the technical capabilities of the staff.”

HPD Chief Art Acevedo released a statement Wednesday afternoon saying he has ordered an administrative inquiry into the matter.

“The Houston Police Department has been made aware of the corrections that needed to be made with the work of a crime scene investigator by the Houston Forensic Science Center," Acevedo said in the statement.   "At this time, we have no indication of misconduct by any HPD employees but have been made aware that corrections to reports were needed."