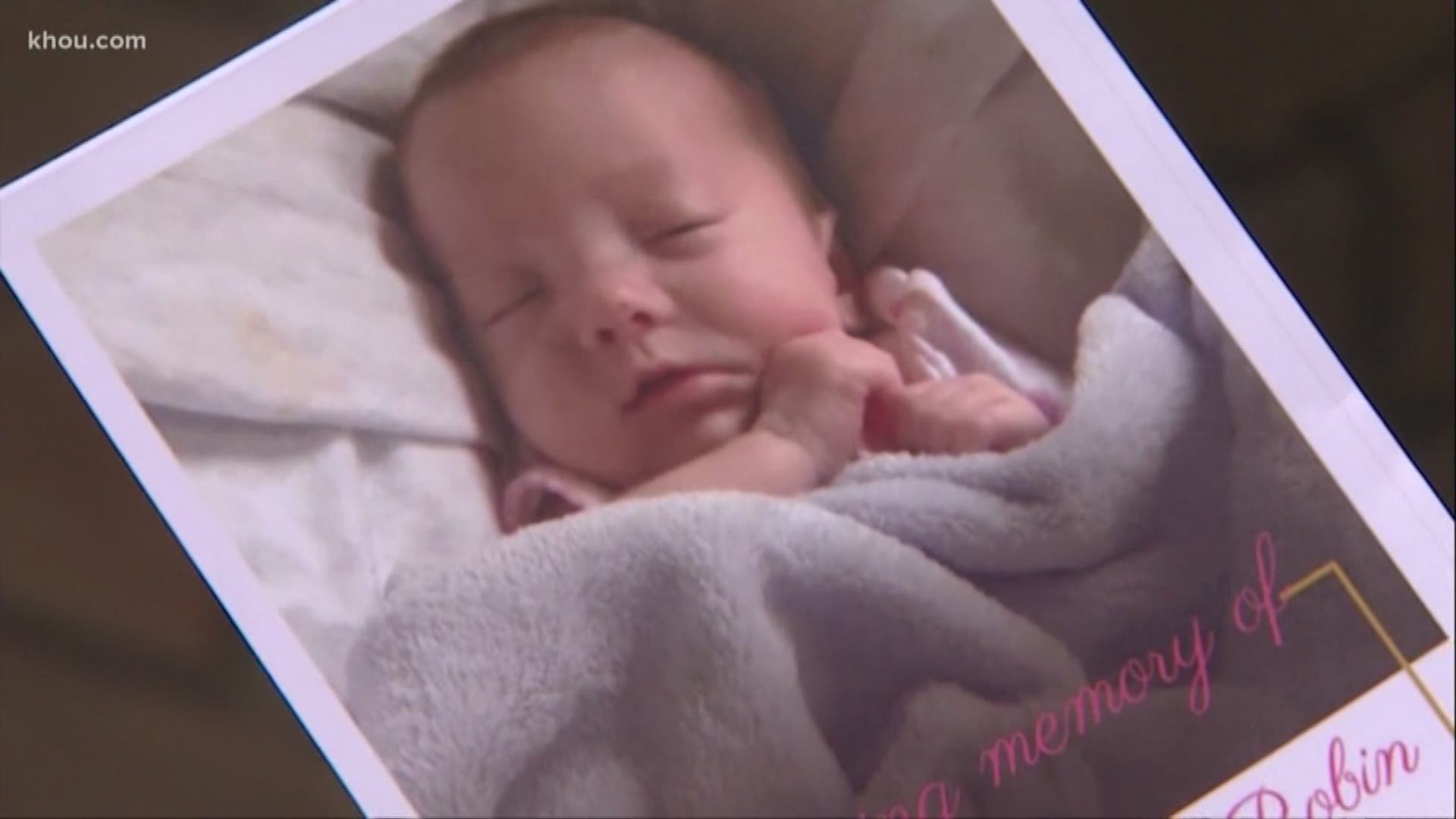 HOUSTON — A Houston couple has been charged in the 2018 death of their prematurely born daughter killed less than 2 weeks after she was brought home from the hospital.

Robin was arrested late Monday night while White was taken into custody Tuesday morning. White's bond has been set at $5,000.

Authorities said 10-week-old Jazmine Robin died July 15, 2018, 12 days after she came home from the hospital. An autopsy showed she died from being struck in the head and had bruises on her face and scalp. Officials said Jazmine suffered 96 fractures, including 71 rib fractures and a cracked skull.

If convicted, Robin and White face the possibility of life in prison.