Dan Huberty was arrested on April 23 in Montgomery County after he crashed his Corvette into a minivan and failed a sobriety test. 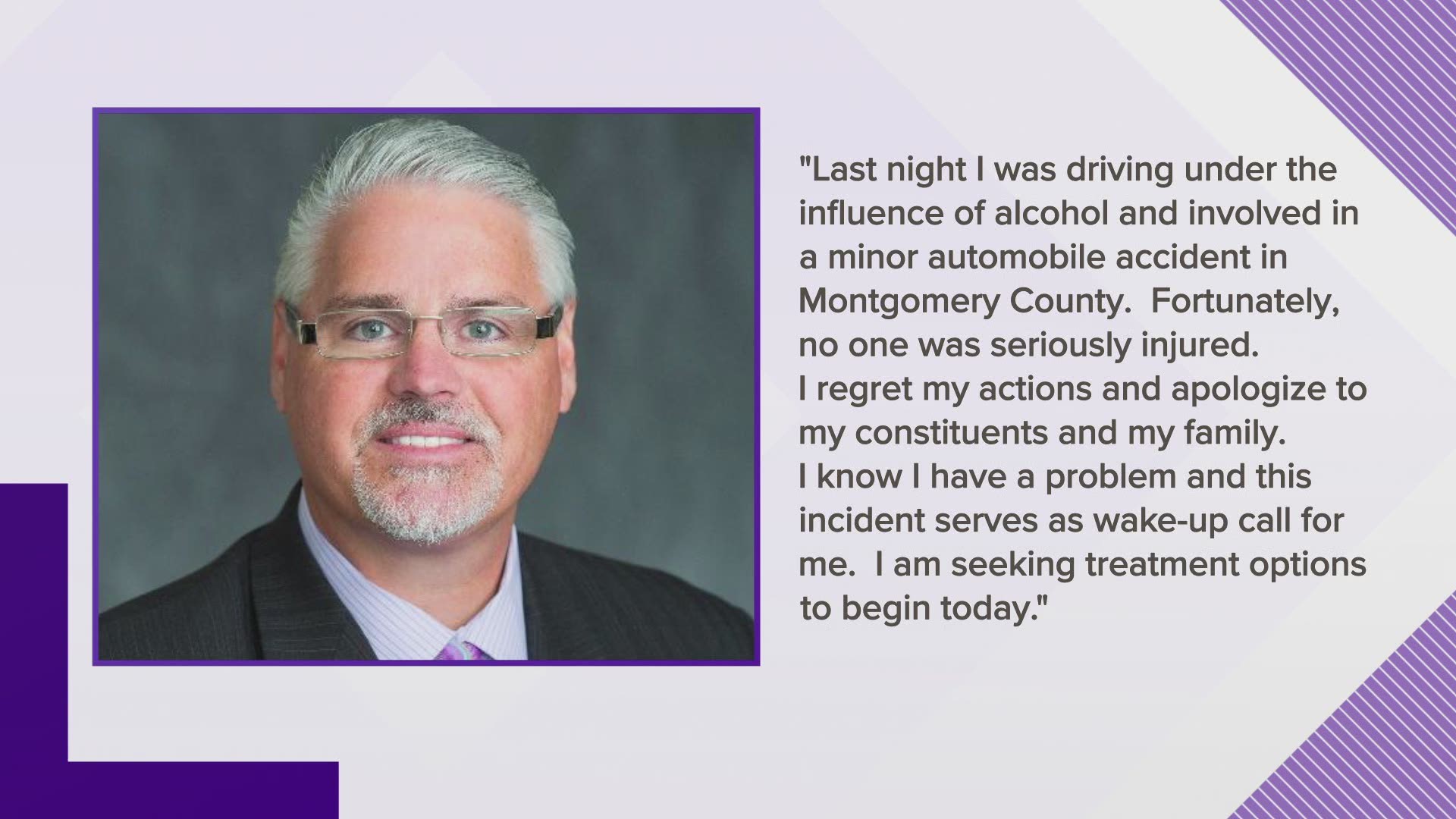 State Rep. Dan Huberty, R-Houston, on Monday apologized to his colleagues in the Texas Legislature, his family and those involved in a late April car crash that led to his arrest for driving under the influence of alcohol.

“My name is Dan and I’m an alcoholic,” Huberty said in an emotional speech from the House floor.

He said Monday he began seeking treatment immediately after the incident and acknowledged that he has struggled with alcoholism throughout his adult life. To a standing ovation from his colleagues in the lower chamber, Huberty added that he has completed three of the 12 steps of recovery.

“Alcoholism is a serious disease,” Huberty said. “One that is becoming a pandemic in itself.”

Huberty was arrested on April 23 in Montgomery County after he crashed his Corvette into a minivan and failed a sobriety test. He was driving home from the state Capitol.

Montgomery County Precinct 4 constables responded to an accident in Porter, a city about three hours outside Austin, and arrived to find a Corvette “parked under a minivan.” The three people in the minivan suffered minor injuries, according to the police report, and the driver of the Corvette, identified as Huberty, was unharmed. The Corvette was impounded and Huberty was arrested for DWI, according to the report.

In 2019, former state Rep. Poncho Nevárez, D-Eagle Pass, also announced he was struggling with addiction issues. He announced he would not seek reelection and turned himself into authorities after he was caught on video surveillance dropping an envelope of cocaine on the ground at the Austin airport.