Bryan Riser has been with the department since August 2008. He was taken into custody Thursday morning, officials said. 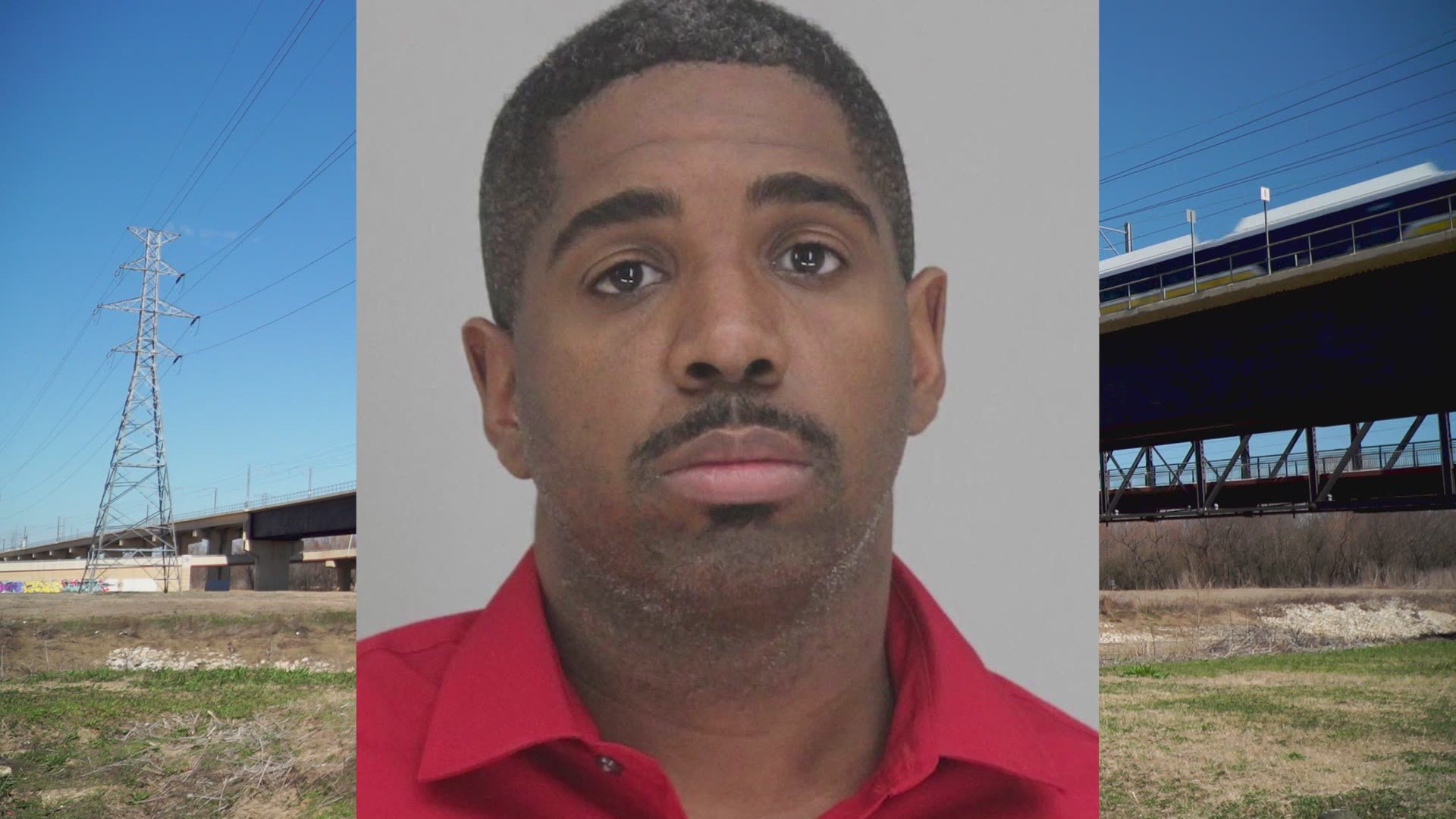 DALLAS — Updated at 7:40 p.m. with additional details from an arrest warrant affidavit.

Dallas police say that an officer was arrested Thursday morning on two counts of capital murder stemming from the 2017 deaths of two separate victims.

A witness told investigators that the officer, Bryan Riser, allegedly offered him thousands of dollars and instructed him to kill the two victims, according to an arrest warrant affidavit.

Riser has been transported to the Dallas County jail. The investigation remains ongoing.

Dallas Police Chief Eddie Garcia said at a news conference Thursday that in 2019, multiple witnesses shared information with investigators that implicated Riser in both deaths.

"Let me be clear in a promise to our city and to our men and women who serve with honor on a daily basis," Garcia said. "We will not allow anyone to tarnish this badge. As we all know the actions of the few affect the many."

Albert Douglas was reported missing by his family in February 2017.

According to the arrest warrant affidavit, Riser allegedly offered a witness $3,500 for the kidnapping and killing of Douglas.

Several days later, the witness and Riser located Douglas. Riser allegedly pulled him over, handcuffed him and placed him in the vehicle, the affidavit said. They took Douglas to 200 Santa Fe where he was shot, killed and dumped in the Trinity River, the affidavit said.

The witness went to Riser's home where he paid the money, the affidavit said.

Sometime during February 2017, Riser allegedly called the witness to have another person kidnapped and killed. Riser told the witness that he could pay $6,000, the affidavit said.

Liza Marie Saenz was found dead March 10, 2017 in the Trinity River with multiple gunshot wounds. Four kayakers were on the water when they heard several gunshots, got back on land and found her body before reporting it to police, according to an arrest warrant affidavit.

Three other people were arrested in Saenz's death.

In August 2019, a witness told police that he kidnapped and murdered Saenz, allegedly at the direction of Riser, Garcia said.

Riser gave a description and location of Saenz. They used the same method of operation to locate and take Saenz as they did with Douglas, the affidavit said.

Riser told the witness that Saenz was "an informant."

The $6,000 was not paid because the witness and his associates were arrested on other capital murder offenses, the affidavit said.

Dallas police detectives received information that Riser's cell phone and squad car data showed that he was at the same locations where the witness stated they met and planned to kidnap both victims, the affidavit said.

Former Police Chief Renee Hall spoke to WFAA and said that in 2019 the department didn't have enough evidence for an arrest. They continued to monitor Riser and the case. In an effort to not tip him off on the investigation and put the case in jeopardy, they chose not to place him on administrative leave at the time, she said.

Hall said the hard-working men and women in law enforcement do not deserve this. She praised the detectives and the whole department for their relentless followups and diligence to bring the case to justice.

"Let me conclude by saying that there’s an old adage in police work that no one hates a bad cop more than a good cop," Chief Garcia said at Thursday's news conference. "We hire individuals from the human race and when we find individuals such as this, it's these actions we take afterward that we should be judged by."

Riser has been with the department since August 2008 and was assigned to the South-Central Patrol Division.

The FBI assisted the department in the investigation.

Dallas Homicide Detectives say a woman's body was discovered near the river by boaters. pic.twitter.com/OoaTcX4Srq