Erick Hernandez, 19, had more than a dozen alcoholic drinks, including three tequila shots, according to the DA's office. 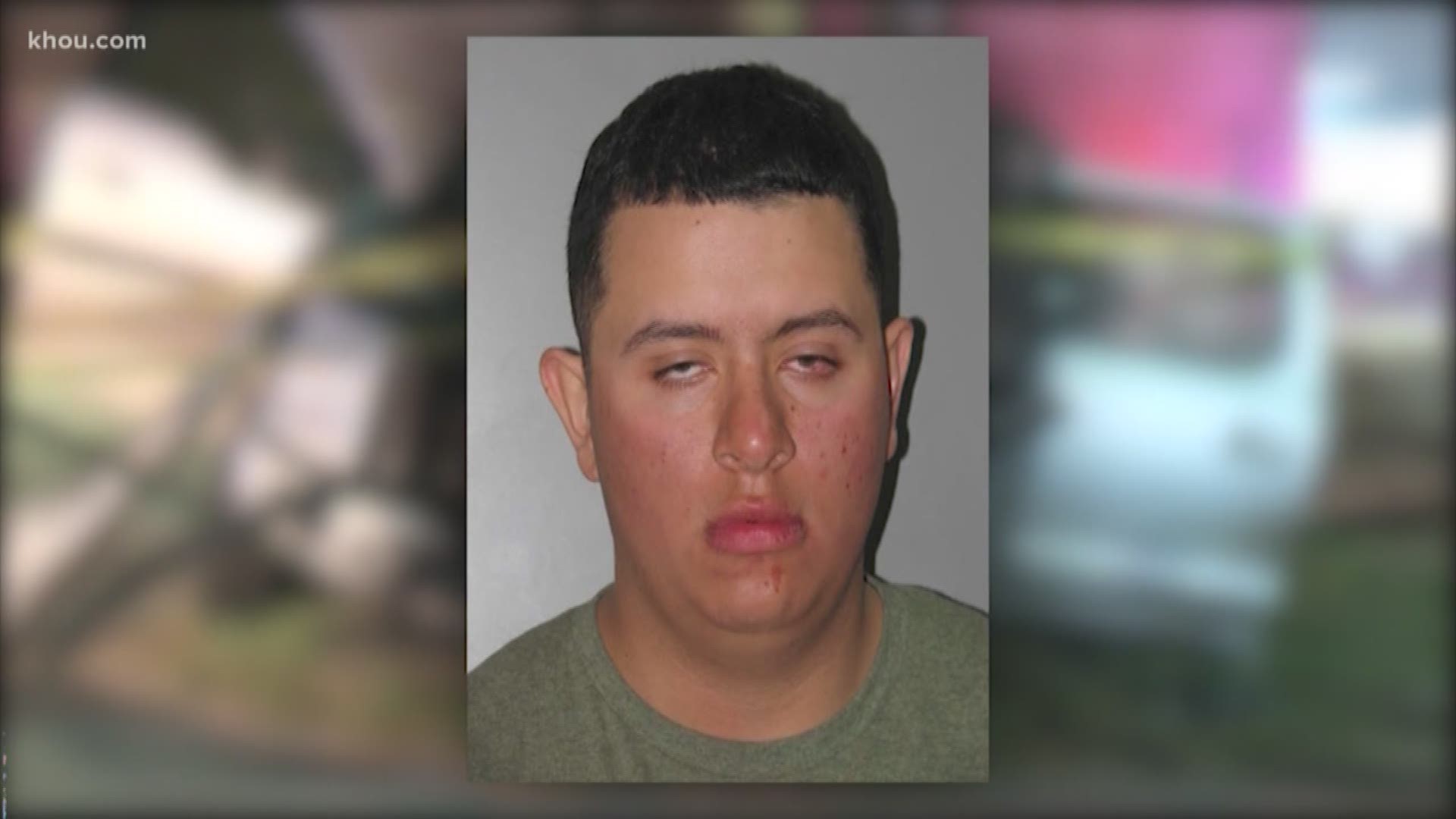 HOUSTON – The five bar employees arrested for their alleged roles that led to a DWI crash that killed a mother were released on bond from jail Thursday morning.

Police say a man accused of slamming into an SUV head on, killing a young mother and injuring her baby and her mother had been drinking for six hours before the crash at Servi-Car El 3.

Erick Hernandez, 19, had more than a dozen alcoholic drinks, including three tequila shots, according to the DA's office. Investigators say surveillance video shows some bar employees drinking shots with him.

Erick Hernandez had been drinking for six hours before he slammed into an SUV head-on, killing a young mother and injuring her baby, police say.

Vehicular Crimes Division Chief Sean Teare, of the Harris County District Attorney’s Office, says they all played a role in getting Hernandez drunk.

"We have them on crystal clear color HD making these shots in the back, of bringing them out, taking them with him and you can see him progressively getting more and more intoxicated to the point where he drove the wrong way on College Avenue," Teare said Wednesday.

Knowing how that night wound end, Teare said going over that video was tough.

"Then to see that it was literally less than two minutes before he took her life that he left at establishment… it's heartbreaking," he said.

Teare says more than six hours, no one ever asked Hernandez for his ID and even took shots with him.

“Six hours on a Sunday evening and then just cutting him loose with a 5,000-pound deadly weapon. It's unacceptable,” Teare said.

"A visibly intoxicated Hernandez left the bar at 10:49 p.m. Sunday," the DA's office said in a press release. "At 10:51 p.m., the pick-up he was driving swerved across three lanes of College Avenue and crashed into a car driven by Taylor Phillips, 23."

Erick Hernandez had been drinking for six hours before he slammed into an SUV head-on, killing a young mother and injuring her baby, police say.

She was killed instantly.

“This family should be celebrating the holiday, but is instead planning a funeral,” Harris County District Attorney Kim Ogg said. “This tragedy should never have happened.”

RELATED: Young woman killed, her baby and her mother injured in crash

Hernandez is charged with intoxication manslaughter and faces up to 20 years in prison.

Phillips' mother and 1-year-old son were injured when Hernandez crashed into their SUV. Both were taken to the hospital but are now recovering at home.

“Right now there are Christmas presents under a tree for a mother who will never open them, a child who will never know his mother because of the irresponsible actions of all six individuals charged in this tragedy,” Teare said.

He is required to wear an ankle monitor and is not allowed to drive, do drugs or drink alcohol.

The bar's general manager and four servers were arrested Wednesday.

The charges come days into an investigation led by the District Attorney’s Office in partnership with the Texas Alcoholic Beverage Commission and the South Houston, Pasadena and Houston police departments.

The charges come as part of ongoing efforts by a District Attorney’s Office task force targeting overserving, as well under-age and after-hours drinking.

The public is encourage to report tips to the following email address: bartips@dao.hctx.net