Police said two men held an employee at gunpoint and took money from the register while two others robbed customers at a store on Cullen. 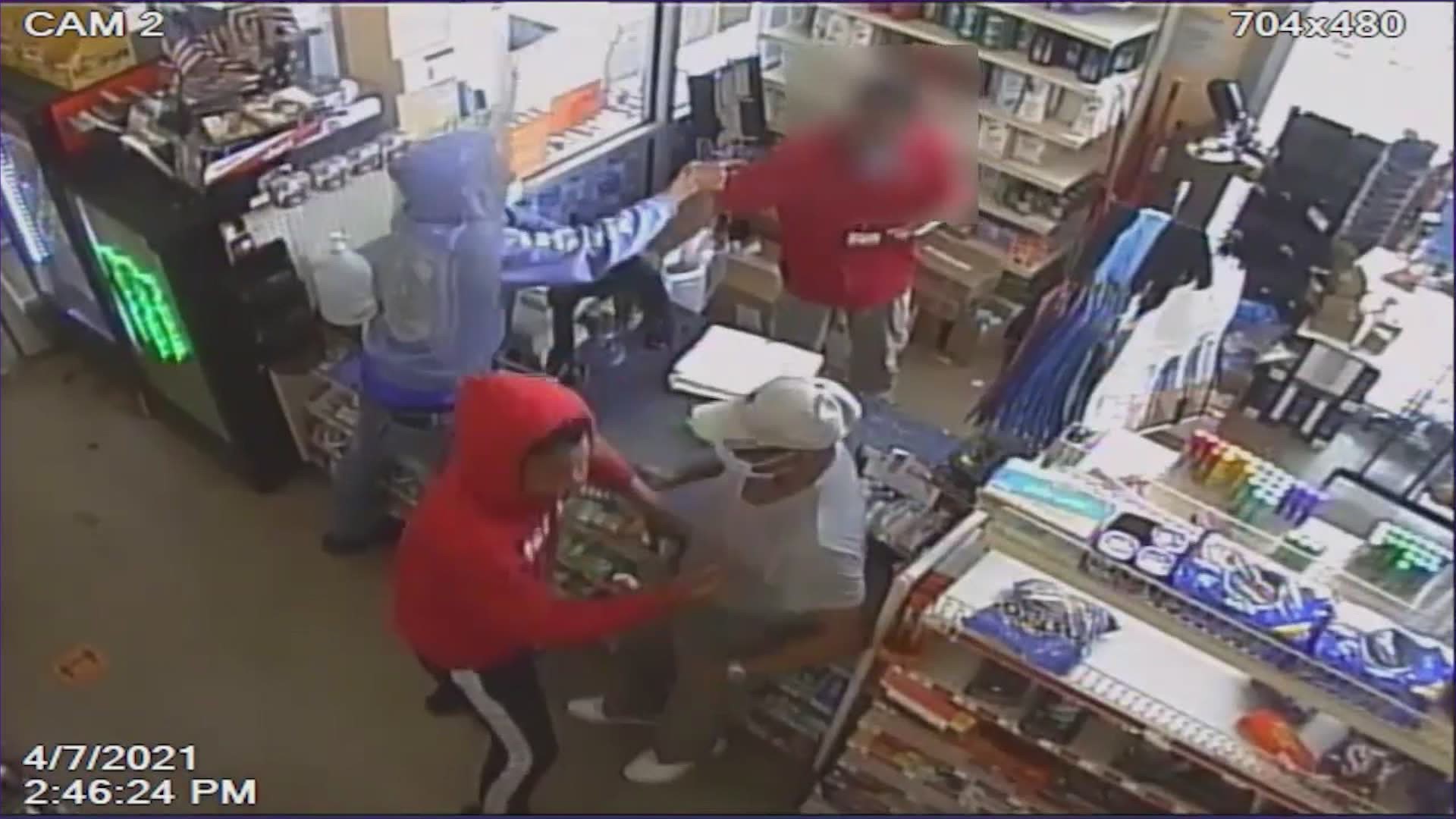 Police said the armed robbery happened Friday at about 3 p.m. at a store on Cullen Boulevard near FM 865.

According to police, two of the men pointed guns at an employee and took money from the register while the other two robbed customers.