An A&E documentary in 2017 tried to connect him to a string of unsolved murders, including two Galveston girls who went missing in 1971. 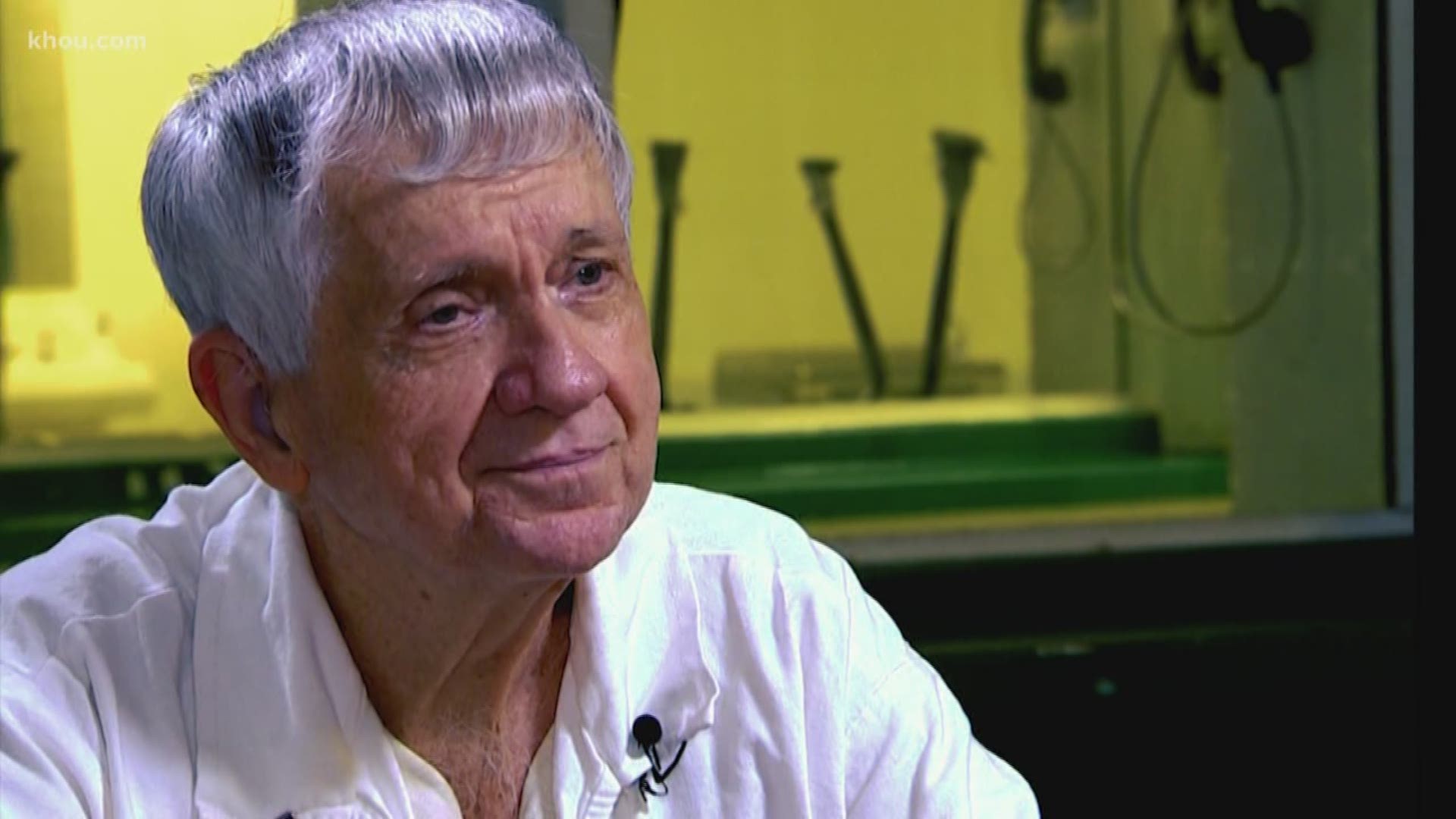 Bell was serving a 70-year prison sentence at the Wallace Pack Unit when he died.

His prison stint was for the 1978 killing of Larry Dickens. He was sentenced in 1993.

But an A&E documentary in 2017 called “The Eleven” tried to connect him to a string of unsolved murders, including two Galveston girls who went missing in 1971.

Bell wrote a chilling confession letter from prison, almost 30 years after the girls were found dumped in a bayou in Texas City, claiming he was brainwashed into killing Debbie Ackerman and Maria Johnson, both of whom were students at Ball High School.

“Like all in custody deaths it is under investigation by the Independent Office of Inspector General,” TDCJ spokesman Jeremy Desel said.

In 2017, we visited Bell in prison to ask him about the letters and unsolved murders. He told our Grace White that he confessed to the killings so he could be executed.

“I was suicidal at the time,” he said.

The bodies of 11 girls have been found over the years scattered across marshes and bayous in what is known as ‘the Killing Fields”.

Bell was never charged for any of those deaths but some believe he is directly linked to their murders.

He did, however, admit to letting the girls into his van.

“They let me know almost immediately that they were tired of going to bed with young high school kids," Bell said. "They wanted a guy like me. I told them, ‘Great’”.

A reporter for the Houston Chronicle dug deeper into Bell’s history as a part of a documentary series for A&E.

She uncovered confession letters to the murders of the Galveston girls plus five more.

Bell later raised that number to what he called the “Eleven that went to Heaven.”

He denied to White killing any of the girls.

“I very stupidly felt they would kill me,” Bell said. “I thought I could confess to some crimes that I didn’t commit and the state would kill me. I was suicidal.”

The biggest fear for some now is that the murders of these girls will remain a mystery forever.