Confrontation caught on camera between man mistaken for fugitive and Pct. 4 deputies

Deputies confronted Clarence Evans, III in his driveway last Wednesday. A caller told them Evans was a fugitive. 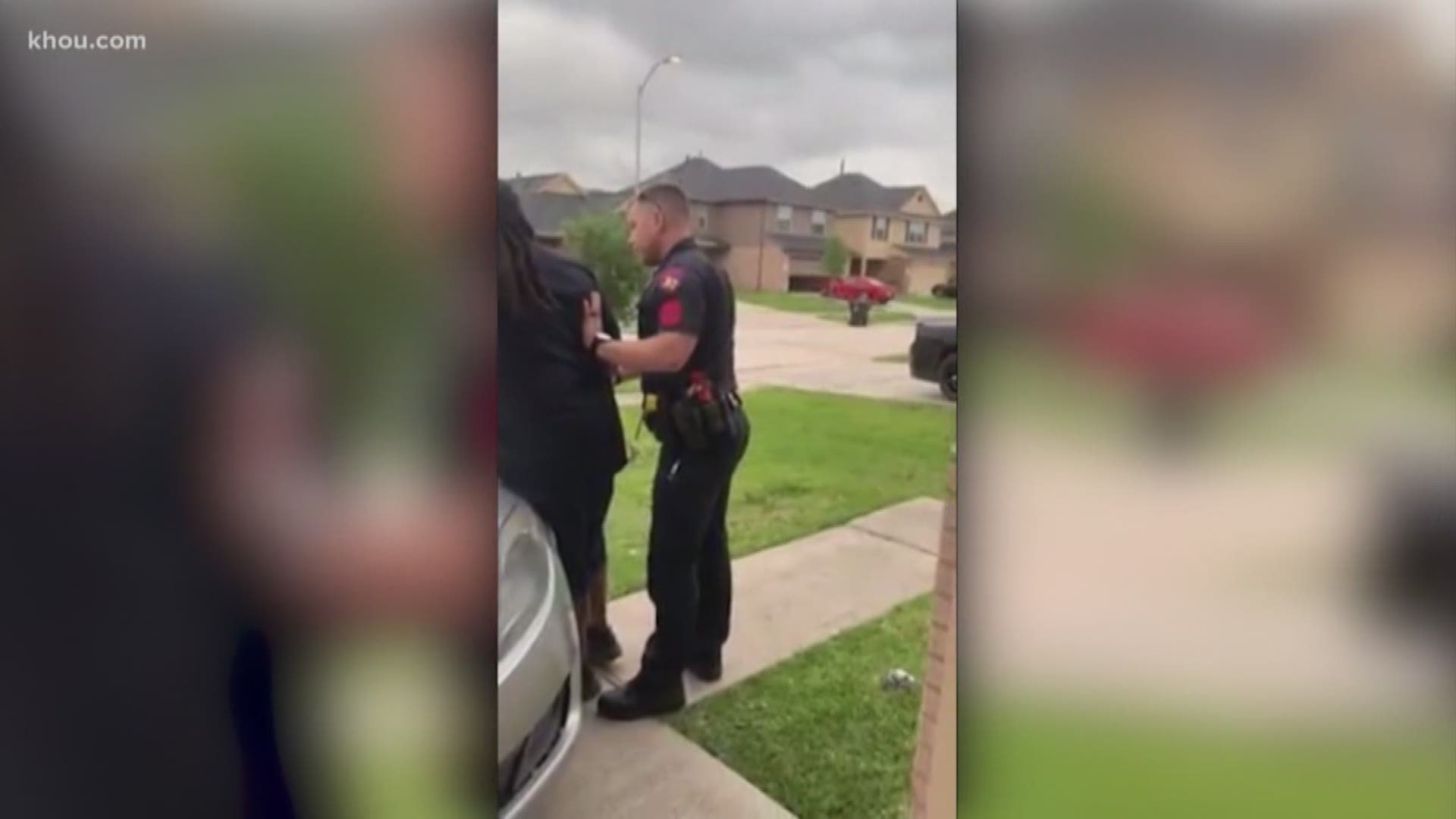 All involved agree bad information led to the near arrest of Clarence Evans, III last Wednesday.

But how it started left Evans, his family and lawyer at odds with cops.

“(The deputy) took two men with dreadlocks and decided that they were the same person,” said U.A. Lewis, Evans’ attorney.

“That is not profiling,” said Joe Gamaldi, president of Houston Police Officers’ Union. “That’s an officer doing his job.”

Evans claimed Deputy Garrett Lindley showed up alone wondering about the family’s dog and asking if the pet was missing.

“I told him that can’t be possible,” Evans said. “He said, 'OK, I’m just going to write a report and get out your hair.' He asked me for my (identification). I told him I didn’t feel I need to ID myself because I’m on my private property. So he asked me what’s your name. I told him my name is Clarence. That’s when he told me no, your name is Reg, and you have a warrant out of Louisiana.”

Evans’ wife recorded her husband cuss out the deputy who grabbed her husband’s arm while calling him Reg and Quentin. After looking at a photo of the actual fugitive, Lindley and a second deputy who showed up to help let Evans go.

“Only thing (the fugitive and I) had in common is dreds and our skin complexion,” Evans said.

Precinct 4 Constable Mark Herman told KHOU 11 Lindley did no wrong by responding to a tip called in by someone in the neighborhood. His job requires him to investigate.

“The deputy was there on official business based on a report that a wanted fugitive was near the location,” Pct. 4 Chief Deputy Donald Steward said in a statement. “The deputies left when they determined that this man was not the suspect they were seeking.”

Gamaldi said Evans should have complied.

“If this officer just rolled up without a call for service, without a civilian saying this is the guy with the warrant, I would feel very differently about this case,” Gamaldi said.

Evans, though, felt Lindley lied upon his arrival and felt in danger. Evans also doubted a single deputy would show up to serve a warrant.

“Especially what just happened with HPD and (the raid where) two people lost their lives behind a warrant,” Evans said.

Last year, a grand jury no billed Lindley for his role in a shooting. Evans family now wants the deputy fired. Constable Herman saw no reason for such action. He pointed out Evans filed no formal complaint about what happened last week.

Evans’ lawyer said they are still gathering information and could file complaints and/or a lawsuit.

You ask, we answer: Why was Derion Vence's bond reduced? Will there be more charges?