Members of a local group called A Safe Walk Home gathered at the site of the little boy's murder Tuesday morning. 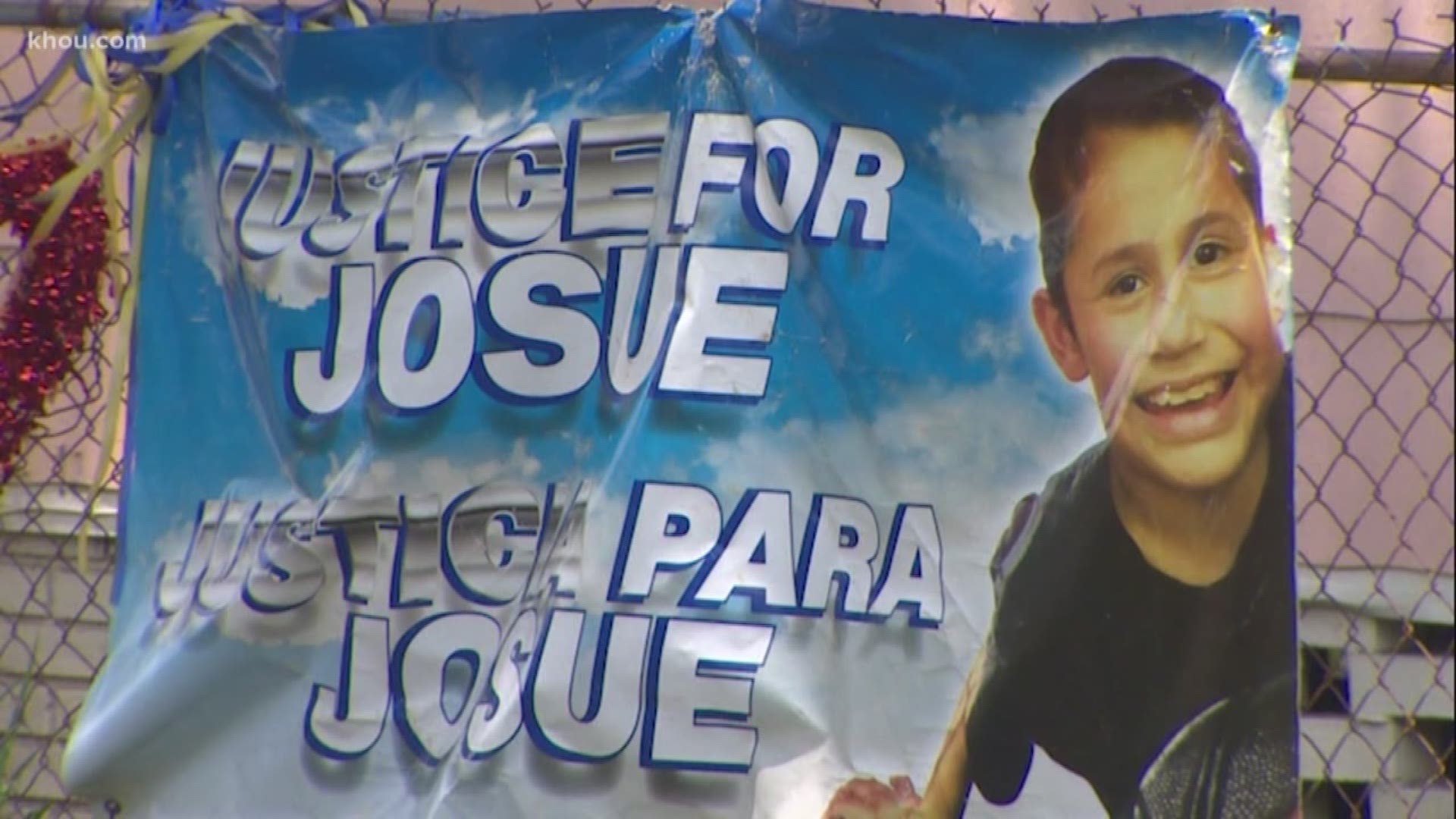 HOUSTON — A local man has been indicted in the murder of an 11-year-old Houston boy and community members are reacting to the new developments in the high-profile case.

Andre Jackson, 30, has been indicted in the murder of Josue Flores. The little boy was fatally stabbed more than 20 times while walking home from school in May of 2016.

A local group called A Safe Walk Home was founded after Flores' murder to help keep others safe in the community.

Members of the group revisited the scene of the murder on Tuesday.

"I'm so glad that it has come to an end and we'll be there throughout the whole trial. We will be there. We'll be there to support the Flores family," said Estella Mireles-Walters.

"We knew in our hearts that this was the man. The witnesses here that live behind where the incident happened, they knew who he was. Everything pointed to him." said Mireles-Walters.

A Houston police officer was out at the scene Tuesday to make sure everyone stays safe.

"People were starting to forget and we said, 'Don't forget. Don't forget. This case will be solved. One day we're going to find who killed him.' And here's the day." said Mireles-Walters.

A grand jury indicted Jackson for murder and he was arrested by the Houston Police Department in Baytown.

Jose Vega, a friend of the Flores family spoke to the media after the announcement:

"The community of course feels relief. They feel a bit safer but at the same time Josue has brought a lot of community leaders together… There's a lot of projects we're going to be working on on behalf of Josue Flores" he said.

On Sunday, August 18 from 12 p.m. - 10 p.m. at Marshall Middle School, organizers are holding a concert in honor of Flores.

They say proceeds will go to the Josue Flores scholarship fund for other children who want to be a doctor like Josue did.