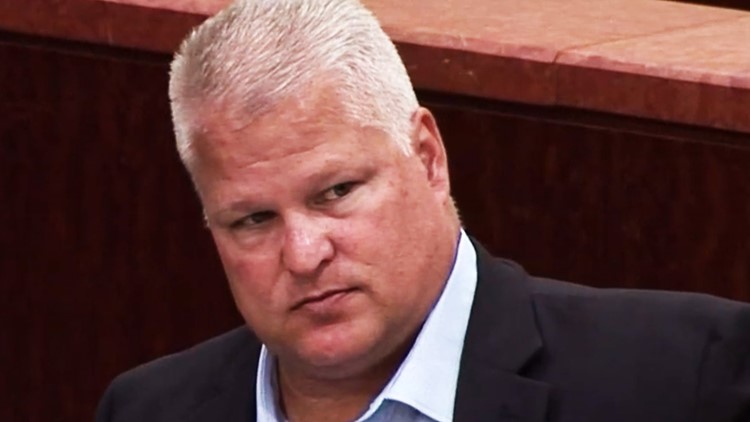 Photo by: KHOU 11
David Temple was convicted a second time of murdering his wife in August 2019.

David Temple is on trial again for the 1999 murder of Belinda Temple, his wife who was eight months pregnant when she was killed in their Katy home.
Author: Stephanie Whitfield
Published: 10:13 PM CDT July 7, 2019
Updated: 12:56 PM CDT August 5, 2019

Temple is on trial again for the 1999 murder of Belinda Temple, his wife who was eight months pregnant when she was killed in their Katy home.

A jury found Temple guilty in 2007 after prosecutors said he killed Belinda with a shotgun blast to the back of the head. Temple was having an affair with a fellow teacher at the time Belinda was killed.

David Temple was convicted of killing his pregnant wife, Belinda, in 2007
Family photo

Temple has maintained his wife was killed during a home invasion, and his defense attorneys pointed to a disgruntled student as the killer.

The murder weapon was never found.

He served nine years in prison before an appeals court tossed out his conviction, citing instances where prosecutor Kelly Siegler withheld favorable evidence from the defense.

The Harris County District Attorney’s Office hired a special prosecutor to re-examine the case and determine whether to bring charges against Temple again. District Attorney Kim Ogg recused herself from the case, because members of her administration had ties to defending Temple.