Authorities are asking anyone who bought a fake CPR card to contact them. Anyone they contact first will face charges. 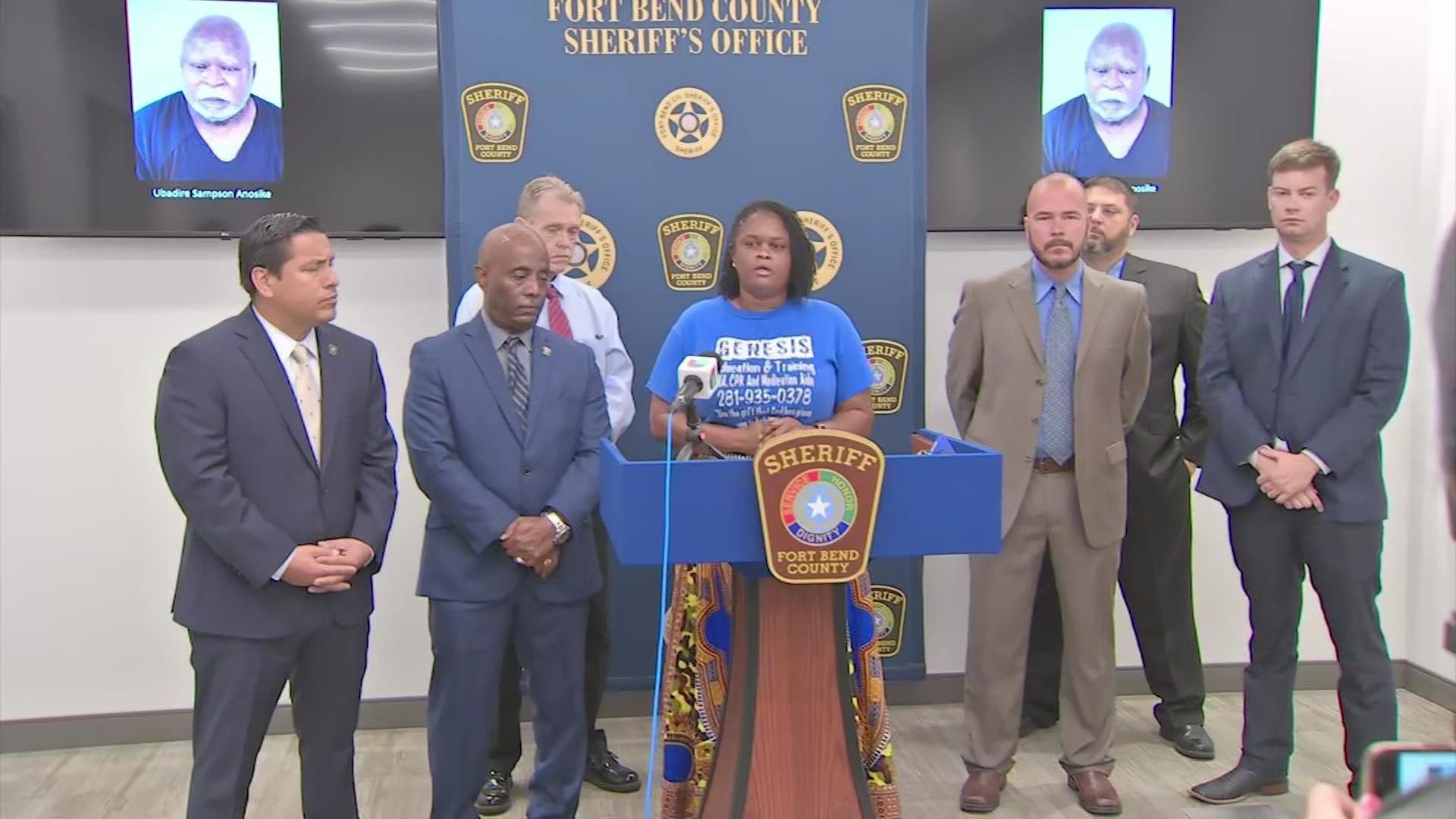 CINCO RANCH, Texas — An undercover sting in Cinco Ranch led to a suspect’s confession for selling fraudulent CPR certification, according to the Fort Bend County Sheriff.

They say Ubadire Sampson Anosike was arrested after producing and laminating a fake CPR card and selling it to an undercover sheriff. The card sold for $65. The Sheriff's Office says Anosike confessed to making cards without providing emergency training since 2014.

They say the suspect has been using information from nurse and training instructor Erica Washington of Genesis Education & Training. When she was told that someone was making fake certifications under her name, Washington thought about the people who bought those cards that may not be able to perform CPR when needed.

"CPR is life and death, and unfortunately, we only have one time to die,” she says. “So it means so much to me as a healthcare provider."

The Fort Bend County Sheriff’s Office is asking anyone who bought a card from Anosike to contact them. Those who reach out to them first will be connected to the District Attorney’s office and will likely not face charges. If police reach out to recipients first, those recipients will face consequences.

"This suspect kept detailed documentation, and we're going through it," says Sheriff Eric Fagan. "But we're asking you to come forward. But if we come to you, we're filing charges."

Nurse Washington and the Sheriff’s Office are also asking healthcare companies to look for these fake cards. Washington says medical trainers like her no longer issue paper certifications. Those cards are now sent electronically by the instructor.

The biggest sign of a fraudulent CPR certification card is if it has Nurse Washington’s name on the back of it along it with company named “Flex Medical Services." She says her company is not associated with them, and it's a guaranteed sign of a fake certification.