The innocent driver's vehicle was also split in half during the crash. The driver was taken to the hospital for head injuries. 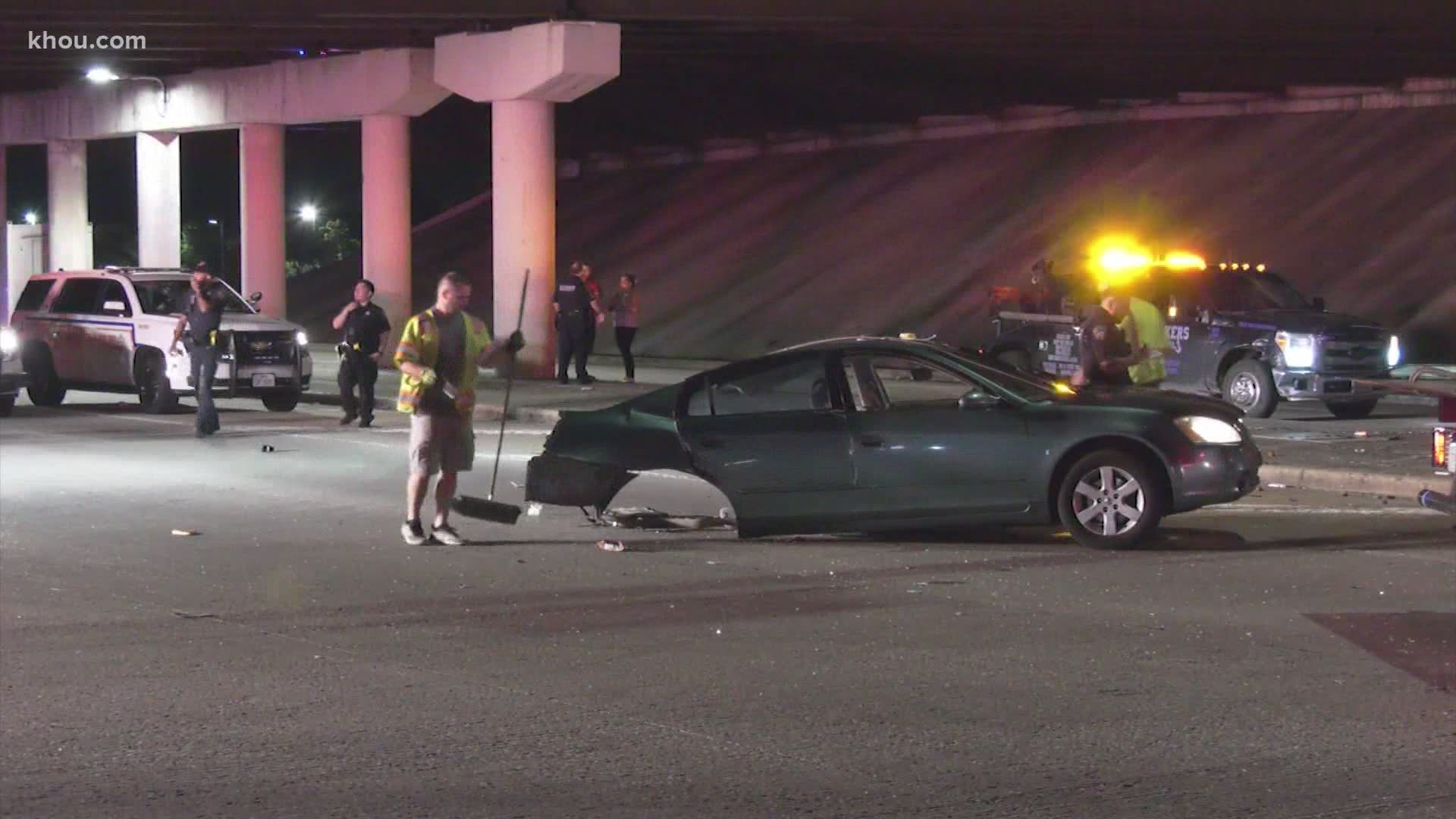 HARRIS COUNTY, Texas — An innocent driver is recovering in the hospital after being hit by a suspect's vehicle during a high-speed chase in north Harris County.

This happened Saturday at about 12:45 a.m. in the 10700 block of Veterans Memorial Drive at the Beltway.

According to investigators, deputies were in pursuit of a white Dodge vehicle when the Dodge sped through an intersection and crashed into an innocent driver.

The innocent driver's vehicle was cut in half and the driver was pinned inside. Luckily, first responders were able to cut the driver from the vehicle. He was taken to the hospital with head injuries.

The suspects' vehicle rolled over multiple times before coming to a stop.

Deputies said the two suspects inside of the vehicle tried to run but didn't get very far. They were both quickly taken into custody.

A loaded gun was found in the suspects' car, deputies said.

District 1 units and PCT 4 pursued a speeding car which struck a car on BE8 @ Veterans Memorial. Cutting it in half. Suspect car rolled A loaded gun was found in the suspect car. No life threatening injuries reported. pic.twitter.com/Zj03tnC9aQ