The 25-year-old suspect led deputies around the 610 Loop during the chase late Wednesday night. 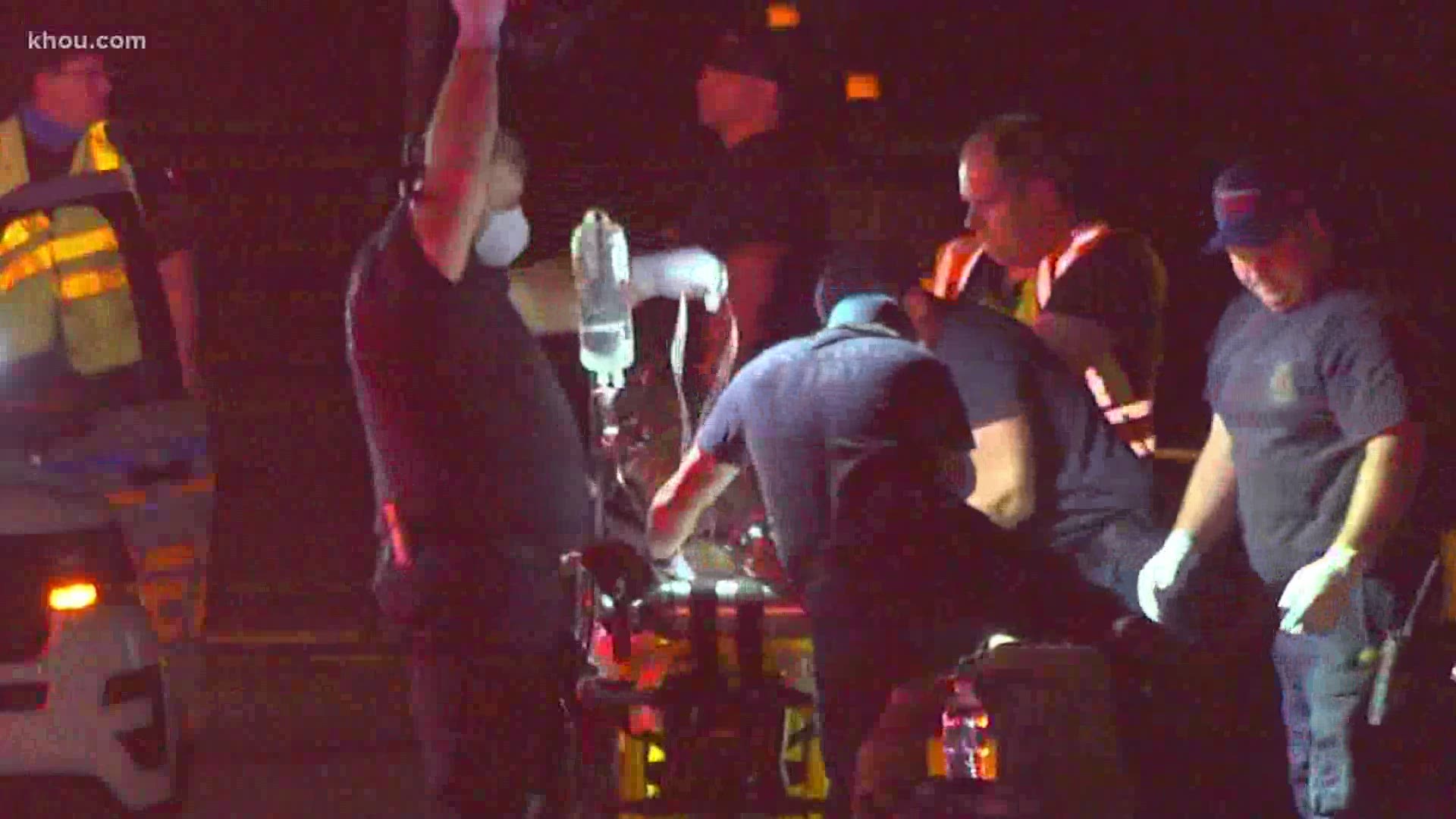 BAYTOWN, Texas — A suspect was wounded when he exchanged gunfire with police and deputies at the end of a lengthy pursuit east of Houston, Baytown police said.

Harris County Sheriff’s Deputies said they first tried to stop the suspect for speeding on I-10 and Uvalde around 9 p.m. Wednesday. The suspect, a 25-year-old male, allegedly refused to stop and continued westbound until he got on 610.

The suspect led deputies around the 610 Loop back to I-10 again, where the suspect then went eastbound.

Baytown police said just before 10 p.m. they were able to use spike strips to successfully bring the suspect’s vehicle to a stop in the mainlanes of I-10 at Garth, but then the driver allegedly opened fire on officers and deputies.

Three Harris County deputies and one Baytown officer then opened fire on the suspect, who was shot in his lower extremities. The suspect was taken to the hospital and is expected to survive.

No deputies or police were hurt, but at least one patrol vehicle was struck by the gunfire, police said.

Police found a gun inside the suspect's vehicle. His name has not yet been released.

“Once released from the hospital the suspect could be facing multiple felony charges, including Felony Evading in a Motor Vehicle and Aggravated Assault on a Public Servant,” stated a press release from Baytown PD.

The Baytown officer involved in the incident is a 10-year veteran of the Baytown Police Department, while the deputies involved are 12-year, 6-year and 2-year veterans of the Harris County Sheriff’s Department.

The freeway's eastbound lanes were closed for about three hours following the chase and shooting. The lanes have since reopened.