Lupe Longoria, 27, had previously been charged with misdemeanor DWI and was released after paying a $100 bond. 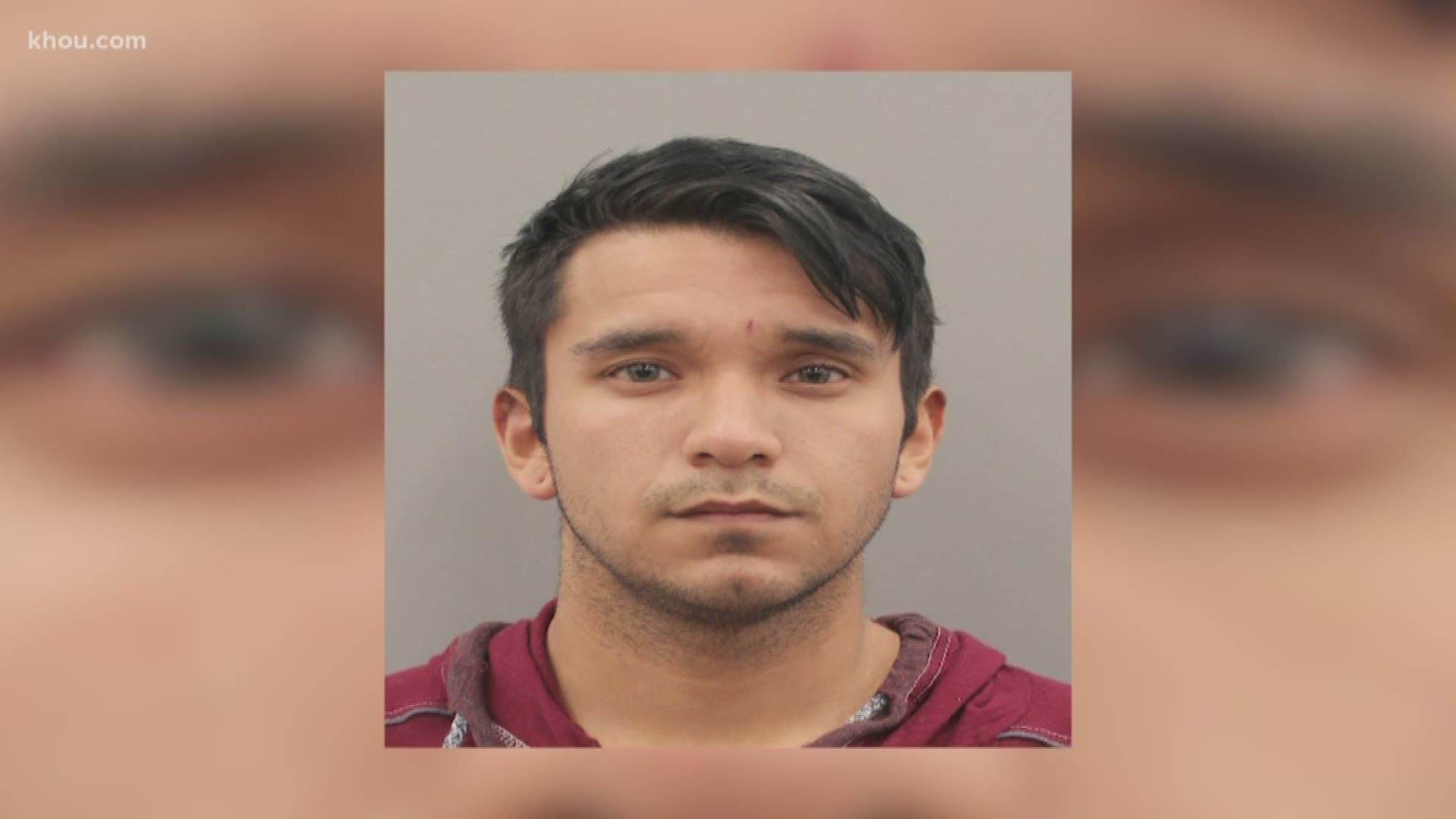 HOUSTON — Charges against a man suspected of driving while intoxicated in a deadly crash have been upgraded to intoxication manslaughter.

Houston Police arrested Lupe Longoria, 27, on a misdemeanor charge of driving while intoxicated after an incident that killed two pedestrians on I-45 the Gulf Freeway on Saturday.

According to court records, Longoria is now charged with two counts of intoxication manslaughter. He had been previously released from jail after paying $100 bond.

At that time, the Harris County District Attorney's Office told KHOU 11 the suspect would not face charges for the deaths because the victims were standing in a moving lane of traffic.

A pair of warrants have been issued for his arrest.

"We needed to look at the time frame, the time distance and the time between the first crash and the second crash," said Sean Teare who is an assistant district attorney with the Harris County District Attorney's Office. "Once we got video, once we got the download of the car and the speeds, once the crash reconstruction experts from HPD were able to sit down and put it all together, then it became abundantly clear that this individual’s intoxication and his driving behavior is the reason these two people are dead."

Wednesday morning, the pedestrians were identified as Fernando Gonzalez, 45, and Jesse Kuykendall, 40.

The incident happened at 1:10 a.m. Saturday in the freeway's southbound lanes near Cullen, according to the Houston Police Department.

Police said a Nissan Versa was involved in a hit-and-run wreck and became disabled. That's when a driver in a Nissan Altima hit the Versa. Both drivers -- Gonzalez and Kuykendall -- got out of their vehicles to exchange info and were waiting near the HOV concrete barrier while a wrecker blocked a lane of traffic.

Longoria was driving in a Toyota CHR and "failed to stay in a single lane," hitting Gonzalez and Kuykendall, police said. Gonzalez died at the scene. Kuykendall was taken to the hospital where he later died.

A representative from the district attorney's office came to the scene to assist with the investigation.

Longoria was arrested and subsequently charged with driving while intoxicated at the time.