This thief wouldn't let a wardrobe malfunction stop her from claiming her prize. 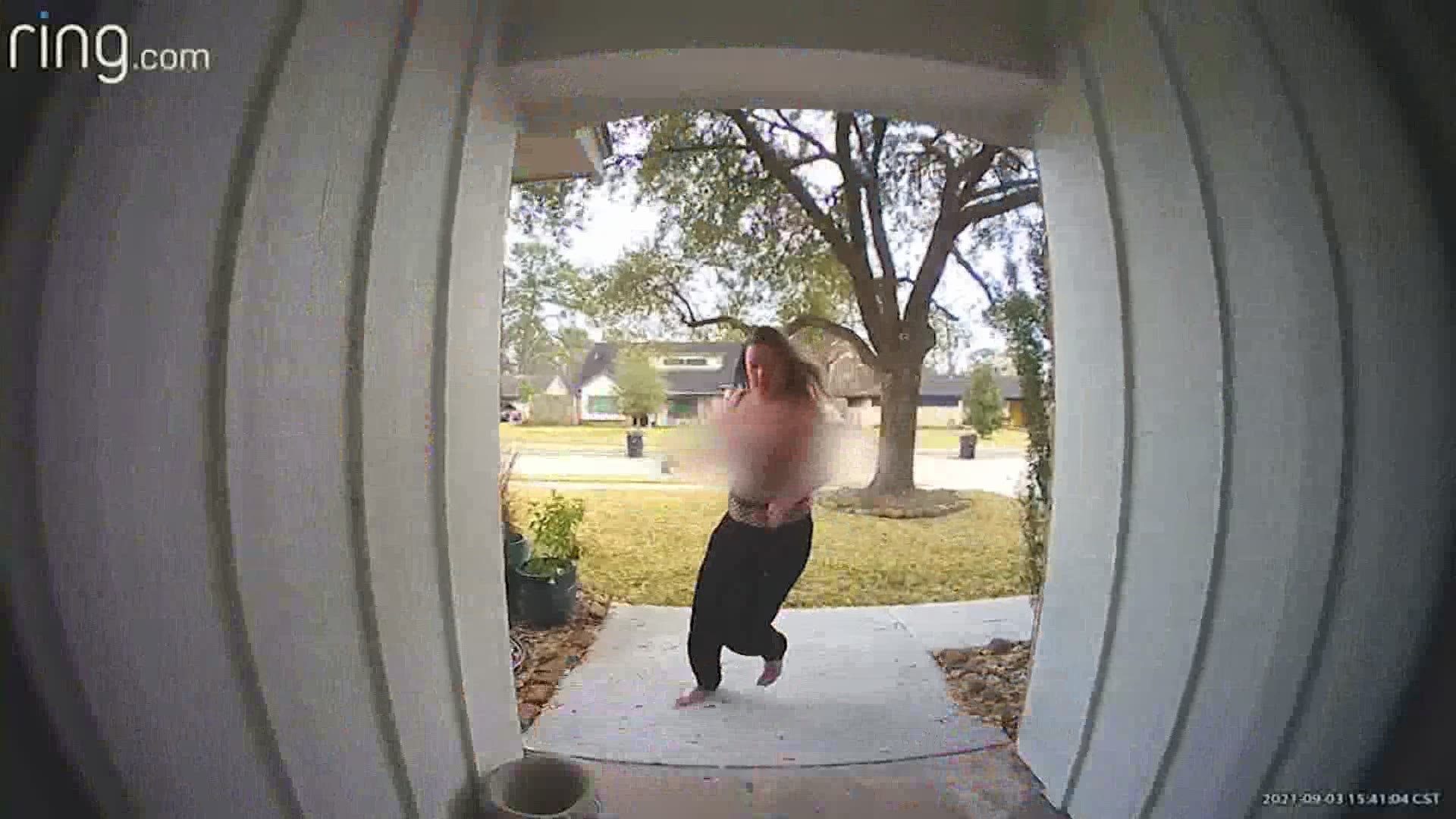 HOUSTON — There’s not a lot to be proud of when it comes to committing a crime, but still, many will stop at nothing to get it done.

For one woman, a wardrobe malfunction wouldn't stop her from claiming her prize, which was a package on the front porch of a Houston home.

It all happened in just a few seconds. The woman pulled into the driveway and ran up to the porch. In the video, you can see she was in a hurry. She grabbed the package and quickly drove away.

You can also hear the homeowner inside, who was hoping to stop the thief. The irony of the topless thief? The package was a dress from Nordstrom.

“We’ve got some suspects in mind. We got a pretty clear look at the vehicle and of the person,” Constable Alan Rosen said.

CAUGHT ON CAMERA: Package thieves will usually stop at nothing to claim their prize. For this woman, even losing her top did NOT slow her down.... andddd it was ALL caught on camera. 😳😳 Precinct 1 and @ConstableRosen are investigating. @KHOU pic.twitter.com/RsqLbGdQBg

You hear about package thieves a lot over the holidays, but it’s a good reminder – naked or not -- they work all year.

“A lot of people are getting packages delivered and ordering online as opposed to going out, so yeah, there were more package thieves that have been out there,” Rosen said.

Here are some tips to prevent package thefts:

Do whatever it takes to keep the predators off your porch.