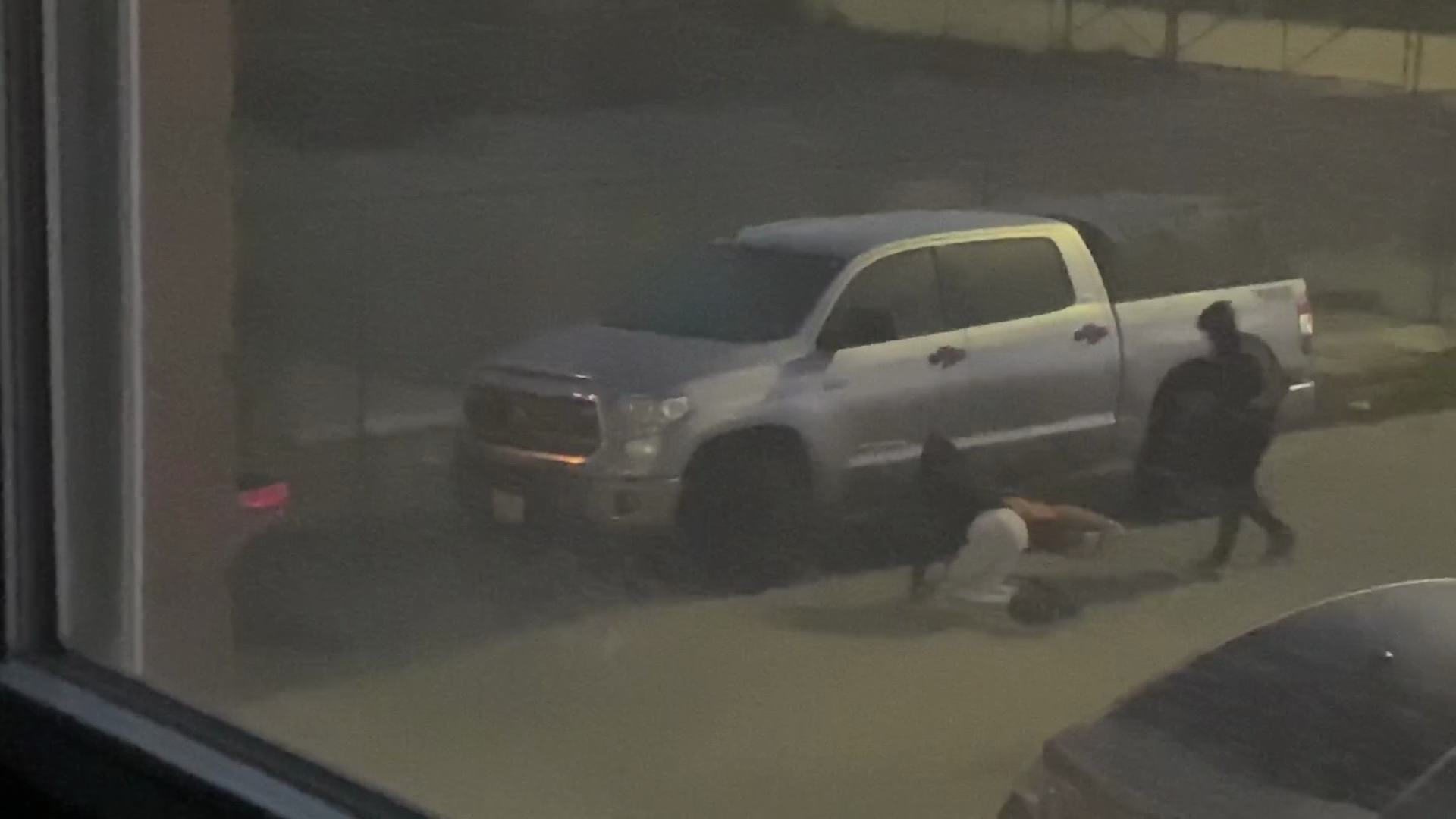 HOUSTON — The sound woke me up early one Sunday morning last month. I peeked out the window and saw one … two .. no, three guys around my neighbor’s truck. Before I hit record, I called 911. Then I started rolling as they sawed the catalytic converter off the truck.

"It’s unfortunate the citizens of Houston are being victimized in such a way by these thieves," says Sgt. Jesse Fite.

He's part of the Houston Police Department's metal theft unit, a team that is responding to exponential growth in catalytic converter thefts.

"It seems to track along the stock market prices for the metals that are currently up," Sgt. Fite explains.

Those metals are platinum, palladium and rhodium, found in the converters, which means thieves can get anywhere from $100 to $300 for each one they bring to the scrap yard.

The cost for the victims is much higher.

"These criminals, not that they care, but they’re really affecting people because you’re not going to be able to get to work," says HPD Sgt. Tracy Hicks. "It’s something that has to be fixed immediately. So you’re disabling their vehicle."

He says a lot of the vehicles thieves target are older, which means the owners only have liability insurance.

"When you come out and your catalytic converter is gone, that’s a lot of money. It’s going to be no less than $2000. It might as well be $50000 to some people," Sgt. Hicks says. "Those stories are heartbreaking. Now we’re just seeing another way to victimize people."

They do it in broad daylight. In crowded parking lots. Right along your street as the sun is about to come up. And then, just like that, they’re gone.