A Houston developer says he caught a thief on camera helping himself to materials at job site then make a comfortable getaway in his Cadillac Escalade. 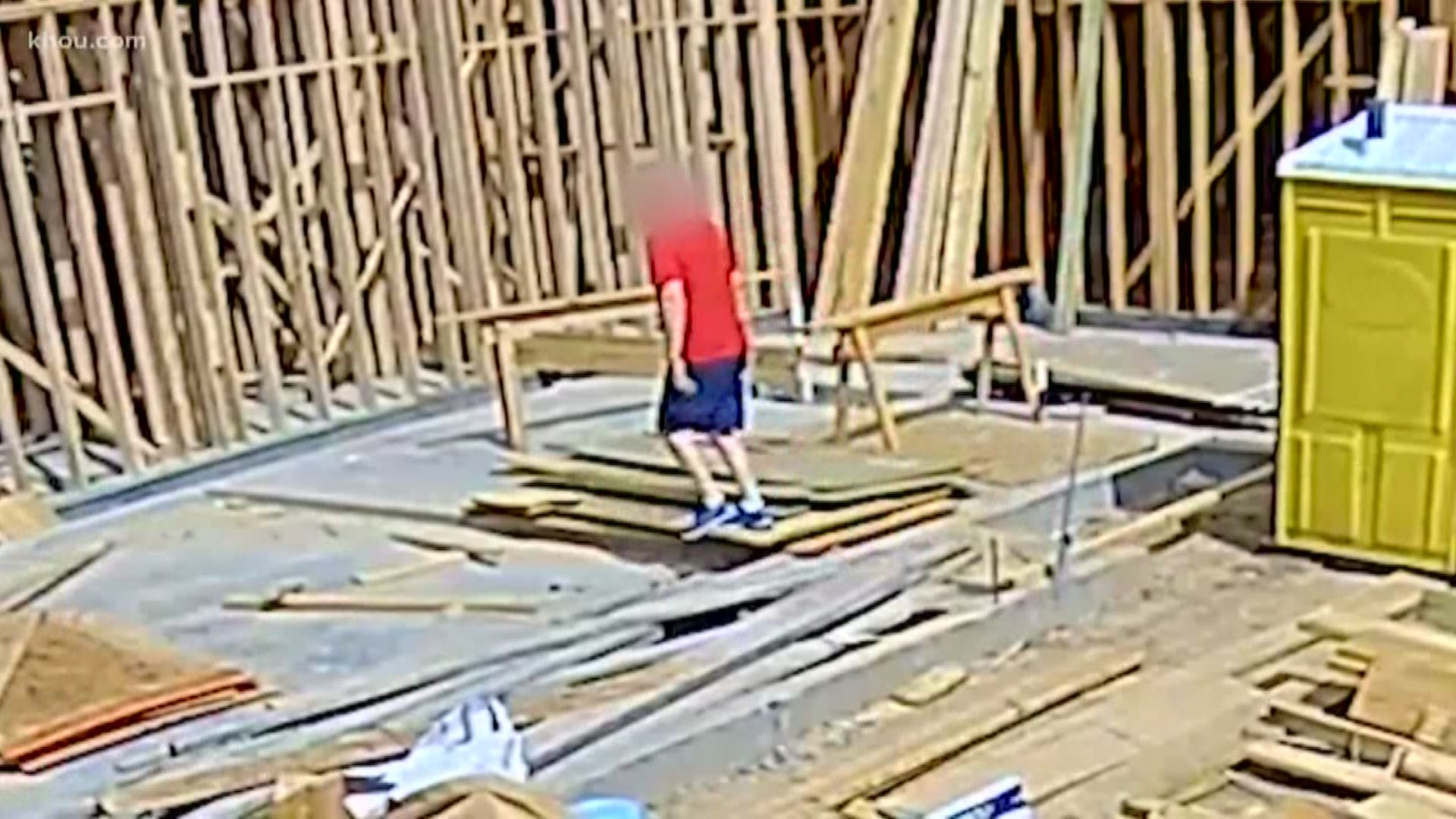 HOUSTON — Since 2012, Volkan Irgit has been developing homes in Houston through his company, Mesken Properties. One of his latest projects includes townhomes in Rice Military which will have rooftop terraces with downtown views.

However, it’s the view he captured on his Ring camera last weekend that has wowed him.

Just before 11 a.m. Monday, video shows an older man wearing shorts and a T-shirt pull up in a Escalade and they make his way onto the fenced jobsite. The man then picks up 2x4 wood planks, puts them in his car, then drives off.

Nationwide construction site theft is a big problem. It’s considered a low-risk, high-opportunity crime for thieves. Anything from materials to tools, appliances and even machinery add up to at least $1 billion in stolen goods per year, according to reports from Arizona State University.

One LoJack's report lists Texas as number two in the country for construction site theft.

This isn’t the first time Irgit had one of his sites stolen from, but he says it usually happens in the middle of the night, and it’s usually someone stealing something they can sell.

“I felt like it was one of the neighbors who saw the construction and seemed like he needed a few 2x4s, and instead of driving down to the hardware store, said I can just go to the job site; they won’t miss a couple of 2x4s!” Irgit said.