Armed men barged into a north Houston restaurant, robbed the patrons inside and stole money from the register -- and it was all caught on camera. 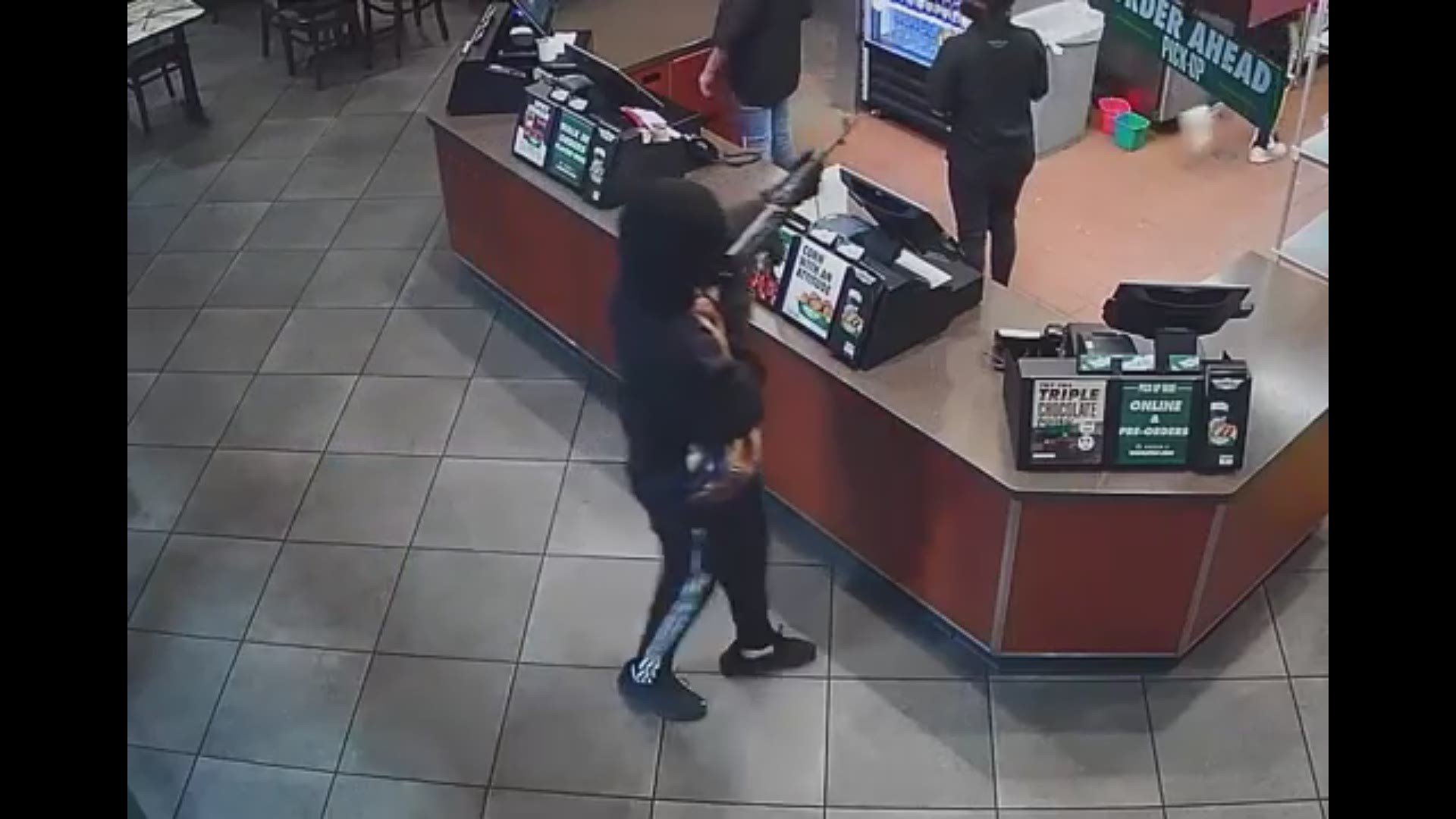 HOUSTON — Three men armed with a rifle and pistols barged into a north Houston restaurant, robbed the patrons inside and stole money from the register, Houston police say.

Surveillance video inside the store captured the violent robbery.

They are described as all being in their 20s, wearing dark clothing with Adidas or Champion logos. One of the men was armed with a handgun with a silver slide.

All three were wearing gloves and had masks or coverings on their faces. They fled in a red Dodge Charger, police said.