Houston police said Toyota Priuses are one of the most targeted vehicles when it comes to catalytic converter thefts. 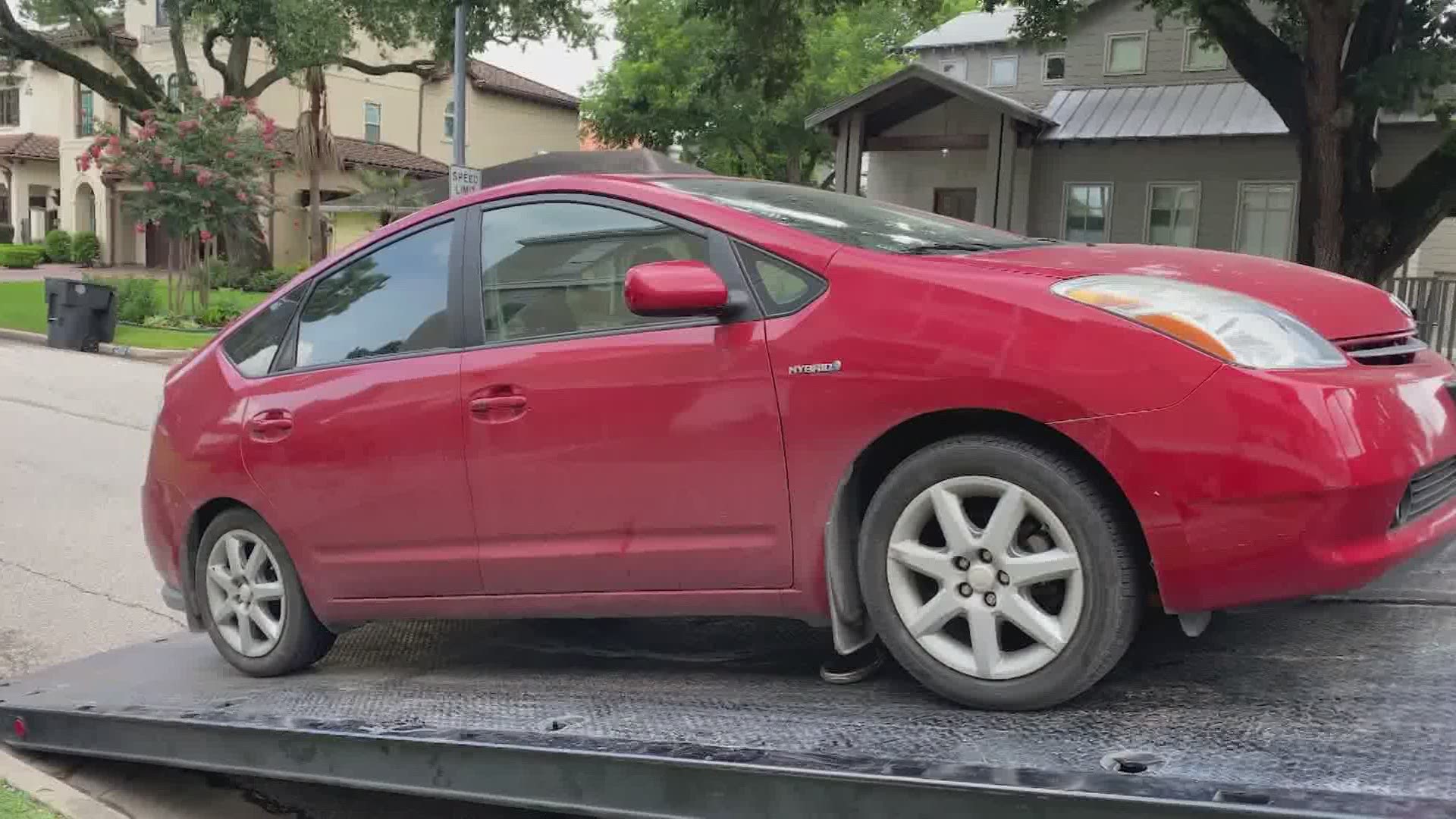 HOUSTON — Catalytic converter thefts are on the rise. The Houston Police Department said the thefts are up nearly 400% compared to last year, and there's no sign of them slowing down.

RELATED: Thieves are targeting catalytic converters off your vehicles. Here's how to stop them

For Peggy Bond, it was the last thing she expected when she got home from vacation.

“When my car started up, it made this horrible noise like I was a hot rodder," Bond said. “At that point, I knew there was something wrong and one of my neighbors was kind enough to help me diagnose what it was.”

Her catalytic converter had been cut off her Toyota Prius.

“Seems to be a few dollars that are quick and easy and apparently they don’t have to work at a daytime job," Bond said.

Bond said two of her neighbors also had theirs stolen a few weeks ago. Both also drove Priuses.

“It’s my understanding that it could be eight to 10 weeks before they have a catalytic converter for that brand of car," Bond said.

Police said Toyota Priuses are one of the most targeted vehicles, especially 2009 models and older.

Police said that because they are hybrid cars, the vehicles use catalytic converters less, making the metal inside more valuable.

“If someone wants something bad enough, they’ll find a way to get it," Bond said.

The thefts are widespread and only getting worse.

In La Porte, the Bayside Mitsubishi dealership had 14 catalytic converters cut off brand new vehicles overnight, according to police.

“All we can see (in surveillance video) is some guys in hoodies throwing catalytic converters over the fence. It was a pretty extensive and quick hit," sales manager Brandon Deshazer said.

Surveillance video showed that it took the thieves only a few minutes. It will set the dealership back months and they still don’t know how much it will all cost.

“It’s hard to say, especially with the downtime of waiting on new parts. So it definitely put a dent in what should be a really profitable month," Deshazer said.

The La Porte Police Department said the thefts happened at about 4 a.m. Tuesday. The suspects were driving a white 1998 - 2002 Chevrolet single-cab truck.

Anyone with information is asked to call LPPD at 281-471-3696 or email PDCIDTips@laportetx.gov.

Something as simple as spray painting your catalytic converter a bright color can protect your car. Click here for more tips on how to protect yourself from thieves.