Gregory Smith, 30, is charged with three counts of intoxication manslaughter with a vehicle. 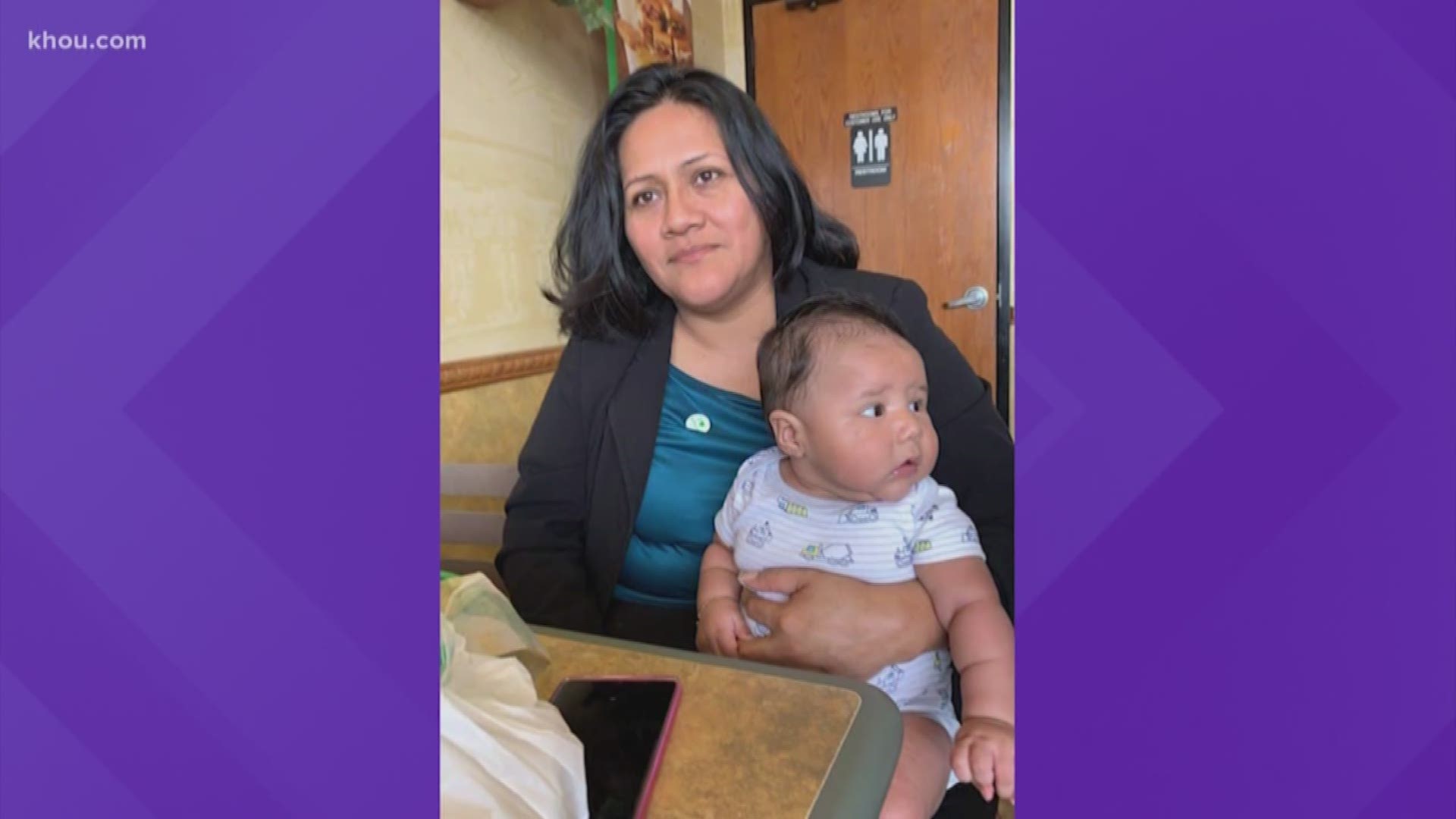 HOUSTON — Prosecutors are asking for no bond for the man accused of driving high and causing a crash and fire that killed three people, including an infant, in northwest Harris County.

Gregory Smith, 30, is charged with three counts of intoxication manslaughter with a vehicle. Records listed him in Harris County Jail Thursday afternoon.

Family members identified the three victims killed in the crash at Antoine Drive and Beltway 8 on Wednesday afternoon as Piedad Soriano, her daughter Diana Escobar and Escobar’s baby, Ricardo Junior.

A relative told KHOU 11 an 11-year-old girl thrown from the van is recovering from a concussion and bumps and bruises.

Surveillance video from a nearby business shows an SUV T-boning the family’s van after hitting another car. The van almost immediately burst into flames.

Teare said his office is still waiting on Smith’s toxicology results, but based on what Precinct 4 deputies saw, he said, “our indications are that it was something other than alcohol, some illicit drugs.”

Teare believes that drug is probably PCP, the same drug prosecutors say Smith was high on in a DWI case filed in July 2019.

At the time of Wednesday’s crash, Smith was not only out on bond for that charge, but also for a May 2019 charge of assaulting a public official.

“This individual is a career criminal,” said Constable Mark Herman of Harris County Precinct 4 during a news conference Thursday morning.

Constable Herman said Smith had 14 other charges filed on him since 2017, with seven of those dismissed.

“In my 34 years of doing this, I have never seen so many suspected criminals on our streets,” Constable Herman said.

Constable Herman said Smith had a “no bond” placed on him, so he won’t be able to bond out until a later hearing.

“This individual is not someone who needs to be out on the roads and in our community while these cases are pending,” he said.

Teare said Smith will eventually have a bond hearing, probably in a matter of few weeks, and that prosecutors will ask the judge for a high bond.

Teare said prosecutors could file additional charges against Smith once they obtain medical records from the two surviving victims.

A passenger riding with Smith’s during the crash is not currently charged with a crime.