Caitlynne Guajardo was 20 and pregnant when her husband, who was out on multiple bonds, allegedly stabbed her 20 times, killing her and her unborn baby. 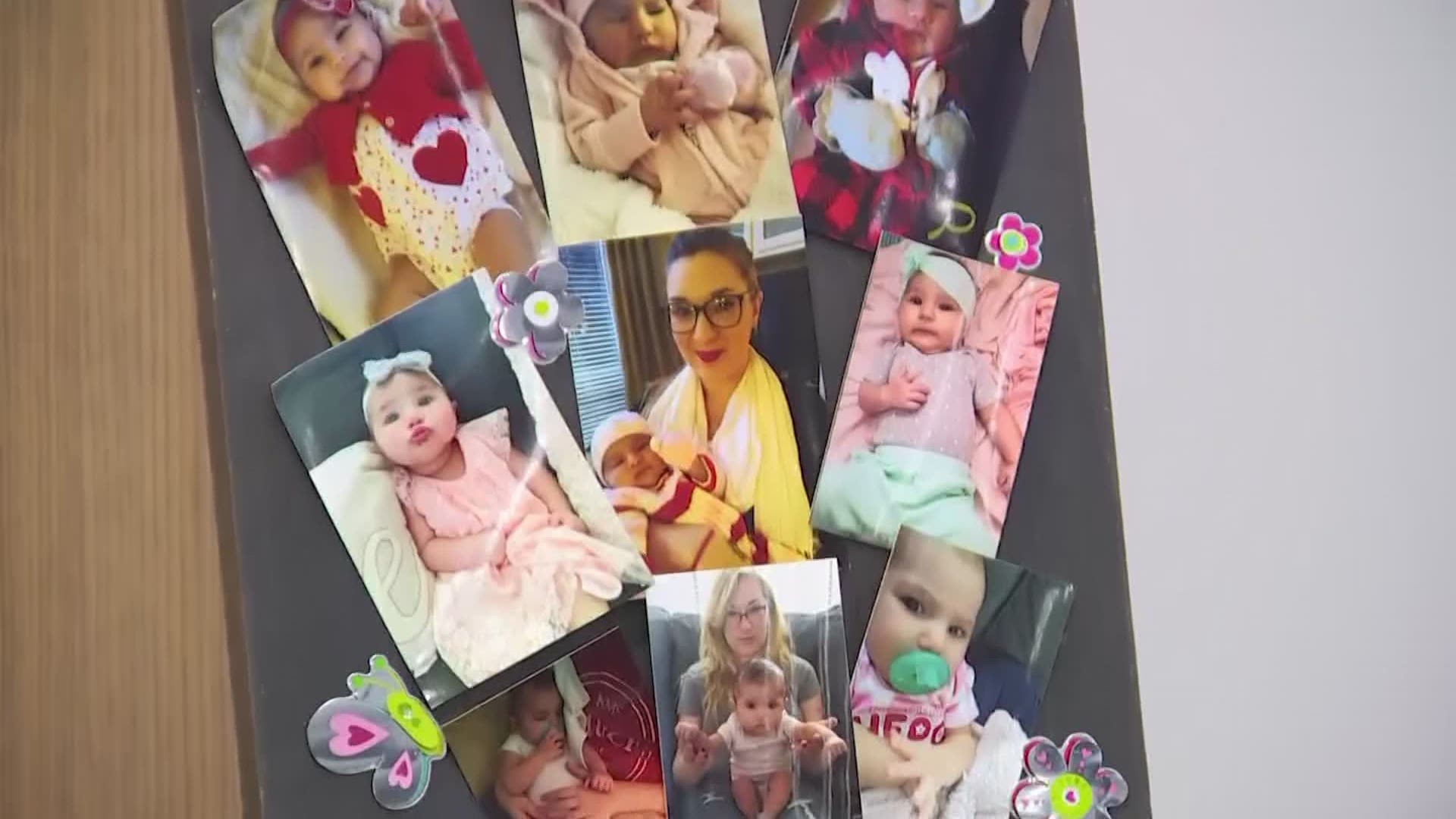 HOUSTON — Since her daughter’s murder in 2019, Melanie Infinger has been on a mission to change a revolving door bond system that puts violent criminals back on Harris County streets.

A bill in Caitlynn Infinger Guajardo's name was introduced in the Texas legislature to help keep some of those criminals in jail.

Caitlynne was 20 and pregnant when her estranged husband, who was out on multiple bonds, allegedly stabbed her 20 times, killing her and her unborn baby.

Alex Guajardo had been arrested a few days before the murder after allegedly assaulting Caitlynne and torturing and killing her cat. But a Harris County judge let him out on a PR – or personal recognizance – bond, which means he didn’t have to pay a dime.

When the assault happened, Guajardo was already out on another PR bond for his second DWI.

“When I found out she was murdered, after the numbness and the shock and the denial and the sadness and the pain, I was just angry because I wanted to know who bonded him out," Infinger said Monday at a news conference announcing Caitlynne’s Law.

Loved ones of dozens of other victims killed by people out on bond in Harris County have asked the same question: why are judges letting suspects charged with violent crimes out of jail?

“These PR bonds are being handed out like popcorn. It has to stop,” Infinger said. “These criminals are laughing at our Harris County justice system. Criminals who are violent belong behind bars.”

Andy Kahan, Crime Stoppers' Director of Victim Services & Advocacy, has also been sounding the alarm about the broken bond system for months.

The issues stem partly from a lawsuit challenging the county’s cash bail system that often discriminated against the poor and people of color. Before that lawsuit led to bond reform, defendants on misdemeanors could spend months in jail because they didn’t have money to post bond.

But Kahan and others say bond reform was never meant to protect violent offenders and judges have gone too far.

“The ramifications of felony bond reform have taken their toll on our citizens. It’s created more crime victims than I’ve seen in my 30 years of working in the criminal victims’ advocacy field,” Kahan said.

Texas Senator Paul Bettencourt is the sponsor of Caitlynne’s Law.

It would require judges to:

Bettencourt stressed this is an issue that affects everyone.

“It’s time for the entire community to come together. We can’t let this continue,” he said. “Judges stop releasing these people! It’s killing people in the community. Stop it!”

Melanie Infinger said she had begged Caitlynn to press charges against her husband and was so proud of her when she did.

They never dreamed a judge would release him within days.

“Obviously, your world stops. The pain is unimaginable.  She wasn’t just my daughter, she was my best friend," Infinger said.

She hopes the bill, if passed, will help prevent others from going through the nightmare shared by her family.

Pasadena police say Guajardo confessed to killing his wife. He told them he purposely stabbed her in the stomach multiple times to make sure the unborn baby died, too.

Guajardo is charged with capital murder for the deaths of Caitlynne and their unborn baby. He remains in the Harris County Jail with no bond.

Thank you @TeamBettencourt for introducing SB 532 addressing bail bond requirements. We must have #safeneighborhoods and Caitlynnes bill is a great tool in the fight against our rising crime rate @CrimeStopHOU pic.twitter.com/NTBBwma015