A man shot and killed someone trying to break into his business on northwest Houston overnight. 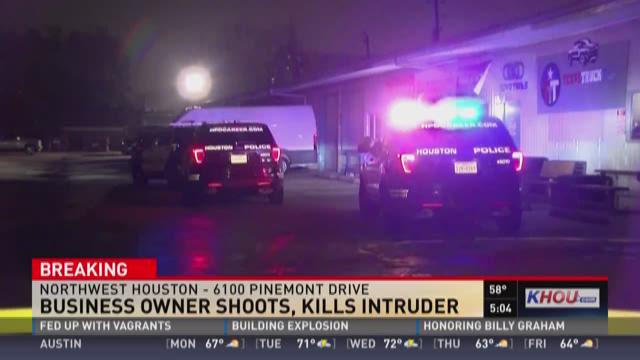 HOUSTON – A man shot and killed someone trying to break into his business on northwest Houston overnight.

According to the Houston Police Department, it happened just after midnight early Monday at a business located in the 6100 block of Pinemont Drive, just east of Highway 290.

There's still crime scene tape up blocking off the area as HPD investigates.

Investigators said the owner of the business decided to sleep here Sunday night.

At some point during his slumber, he heard a noise, so he got up and grabbed his gun, went to check it out and realized someone was trying to break in.

Police said he shot the intruder one time and killed him.

Now right now homicide investigators are on the scene gathering evidence trying to make sure that that story adds up.

Once they're done here, they'll take their findings to the District Attorney's Office to see if any charges will be filled.