Investigators connected the shooting victim to a burglary across the street after finding stolen items, including an ID, on him. 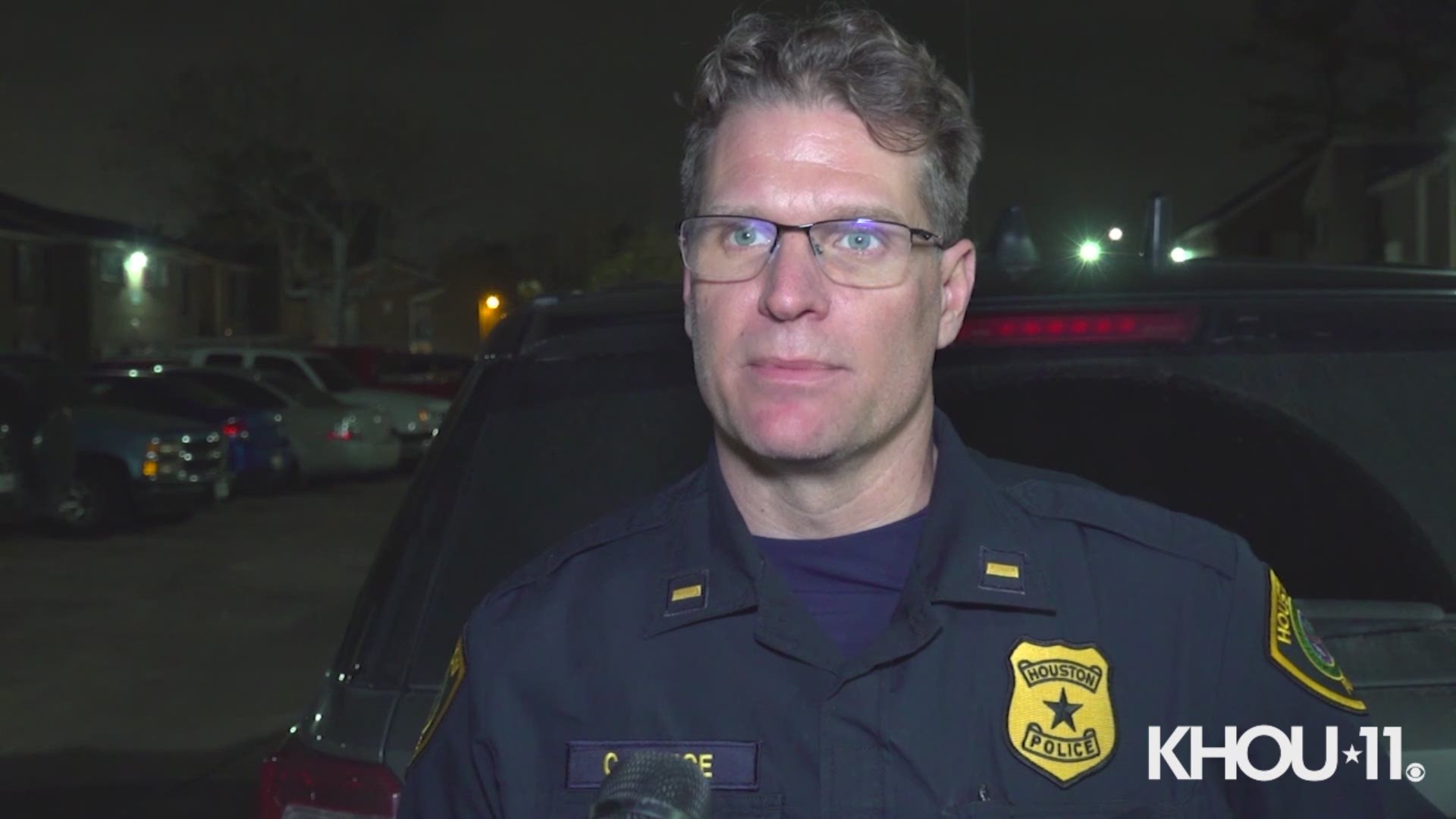 HOUSTON — Homicide detectives are investigating a fatal shooting of a burglary suspect in the Greenspoint area overnight.

This happened around 1 a.m. Tuesday at the Breckenridge at Cityview Apartments located in the 500 block of Seminar Drive in north Houston.

Houston police say they responded to a call of a suspicious person and found a man laying in a balcony area near the entrance of one of the second-floor apartments. He had been shot three times.

Police say they tried CPR on the gunshot victim before Houston firefighters took over, however, the man died at the scene.

Investigators were able to connect the man to a burglary from across the street at another apartment after they found stolen items and the burglary victim’s identification on him, police said.

Homicide detectives are on the scene. It was not released where the shooting occurred, but police say shell casings were found on the ground floor below where the burglary suspect was found.

Police did not release information on the shooter, but they are interviewing someone from a nearby apartment where the burglary suspect was found.