Houston police looking for suspects in 2 cars after 16-year-old is ambushed, killed 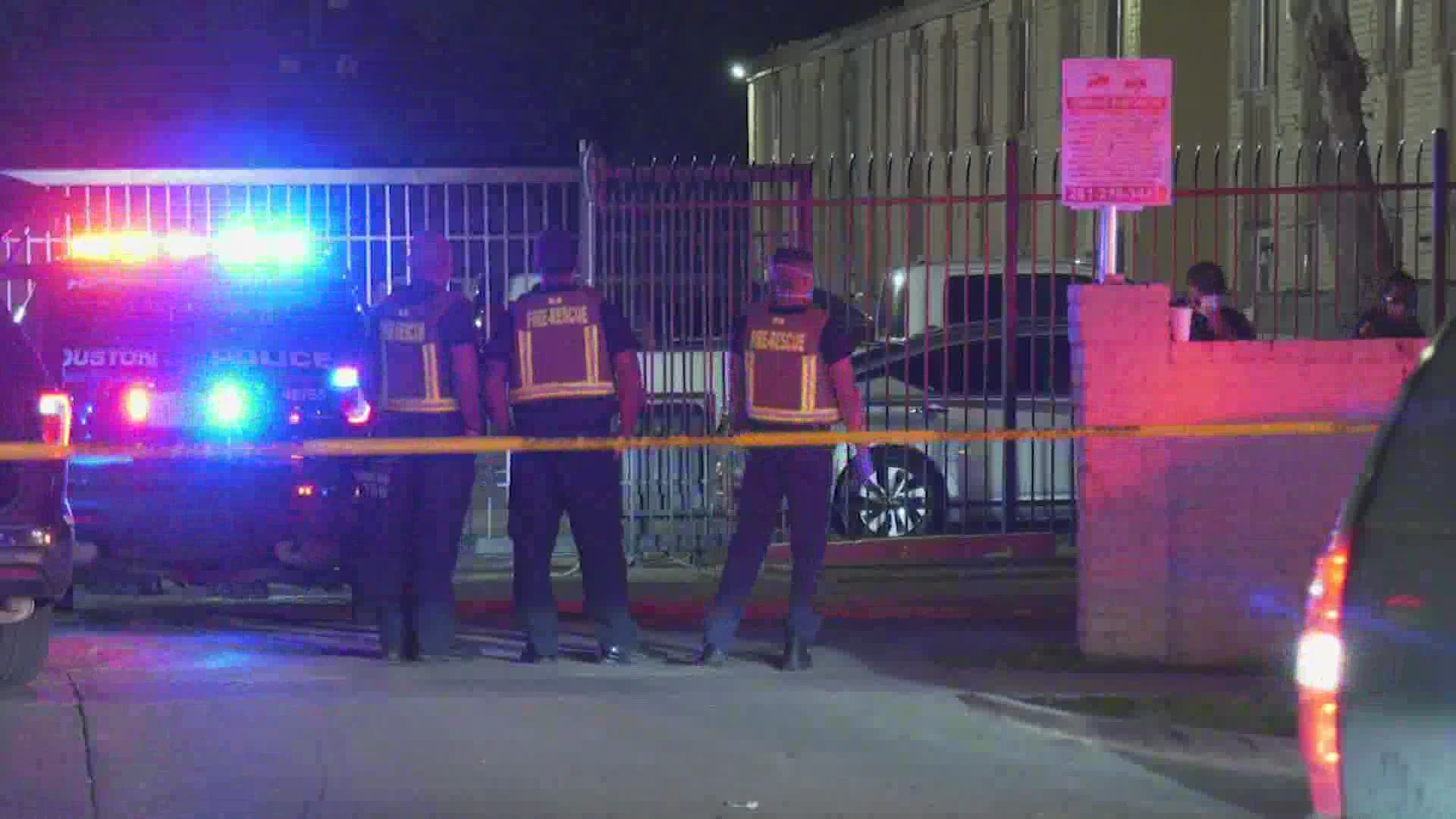 HOUSTON — Houston police are looking for suspects in two vehicles after someone opened fire on a teenager and his friend late Wednesday.

The first officers on the scene found a 16-year-old male victim with multiple gunshot wounds, including one to the neck. A friend he was with was no longer at the scene, but investigators believe that person may have been shot as well.

Investigators were told the two were sitting outside when a red Mercedes and an unknown white vehicle pulled up to them. Words were exchanged, and then the shots were fired.

Watch: Raw video from the scene with HPD statement

Lt. Pavel said the two vehicles then sped away, one going northbound and the other southbound.

A motive for the shooting is not known, but police believe the killers may be connected to gangs. The identity of the victim, 16, is pending verification by the Harris County Institute of Forensic Sciences.

Southeast officers are on a shooting at 8400 Broadway St. One victim was found deceased upon arrival. #hounews CC9

Police said just last week they responded to another shooting about a block away, and those victims were also ambushed in a similar fashion.

Anyone with information in this case is urged to contact the HPD Homicide Division at 713-308-3600 or Houston Crime Stoppers at 713-222-TIPS.

This is the second 16-year-old to die by gunfire in the Houston area in less than 24 hours. Earlier Wednesday, another teen was killed in a vacant home while a group played with a gun, police said.