Zeus is out of the hospital after allegedly being shot by his own father, 27-year-old Zacchaeus Rashad Gaston, last week in southwest Houston. 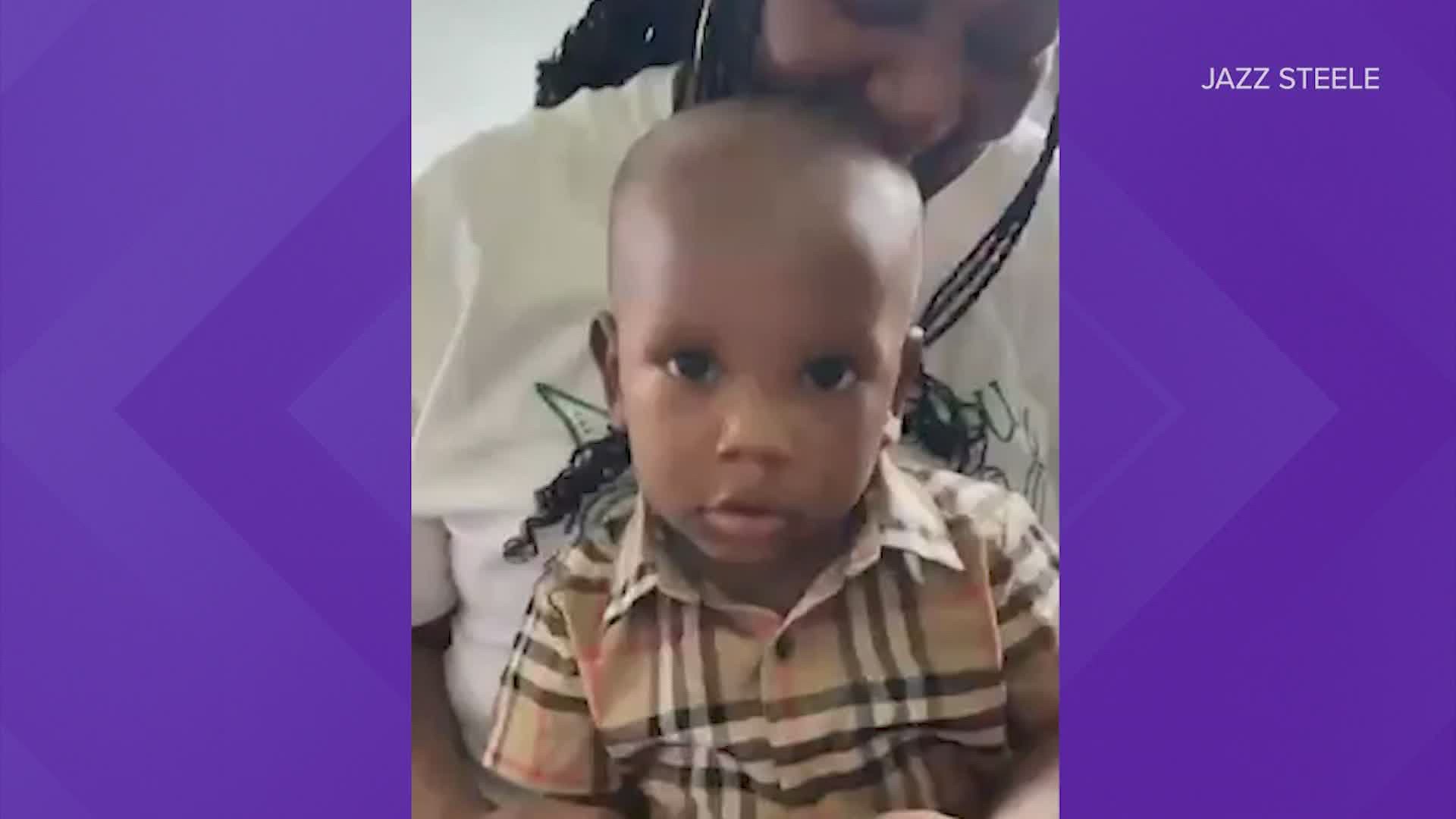 HOUSTON — Family members tried to put on brave faces at a weekend birthday party for a 1-year-old boy, just days after his mother was murdered.

Layla Steele, 24, was shot and killed on July 1 while holding Zeus outside their southwest Houston apartment. The toddler was also struck by a bullet but is now out of the hospital and staying with relatives.

The boy’s father and Steele’s ex-boyfriend, 27-year-old Zacchaeus Rashad Gaston, shot them both, according to police. He’s still on the run.

Houston police said he was out on seven bonds and was supposed to be wearing an ankle monitor.

Steele also had a protective order against him, according to her family.

But none of that was enough and he showed up at her apartment on Westpark on July 1, court documents said.

Steele's mother told police she was on the phone with her daughter and heard her arguing with Gaston. The line went dead and no one answered after that so she called 911.

When police arrived, Steele was dead, Zeus was injured and the shooter was gone.

“We would say the only way we could get him away from her is if he’s in jail," Steele's sister, Jazz, told KHOU 11. “She was scared of him. She was in love with him, but she was scared of him. There’s no way that that should’ve slipped, where seven felony bonds, a person was out, and I feel like my sister’s blood is on their hands.”