Ronald Lee Kuykendall, 58, was arrested for criminal trespass + drug-related charges after he kept coming to the soccer fields after being told to leave three times. 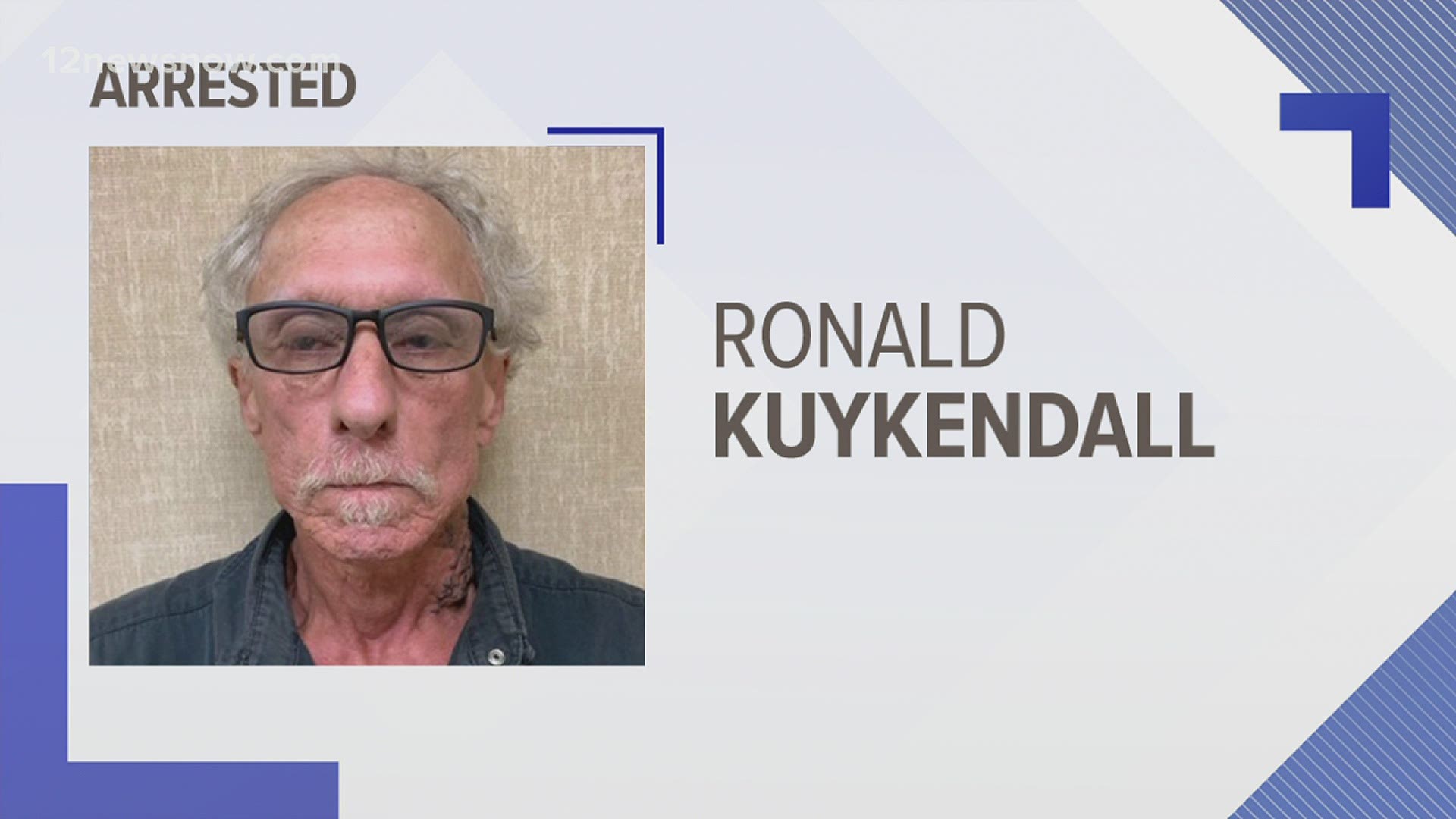 BEAUMONT, Texas — Beaumont Police arrested a man with puppies reportedly trying to talk to children at the soccer fields who kept coming back after he was told three times to leave.

Witnesses told officers the man was at the Beaumont Youth Soccer Club on Dishman Road with a dog and seven puppies, talking to children and letting them pet and hold the puppies at 6:30 p.m. Tuesday, Oct. 20, Officer Haley Morrow said in a news release. At one point, he asked the children to help him bring the puppies to his truck.

Officers determined no crime had been committed, Morrow said, but soccer club staff asked to have the man trespass warned from the property, meaning that he could be arrested and charged if he returned.

Police officers issue criminal trespass warnings at the request of a business or property owner or employees. The written notice states the person is not allowed to return to the property or they will be arrested.

Officers were called to the soccer club again at 4:45 p.m. Thursday, Oct. 22 when witnesses saw the man at the property in violation of the trespass warning. He left before officers arrived, but they filed a report about the criminal trespass, Morrow said.

The man returned to the soccer fields a third time at 9 a.m. Friday, Oct. 23.

Beaumont Police said officers found drug paraphernalia on him during the arrest.

Detectives interviewed Kuykendall about his suspicious behavior at the soccer fields this week, but he is not currently being charged with any other crimes, Morrow said.

Kuykendall was taken to the Jefferson County Jail. Justice of the Peace Ben Collins put a $10,000 bond on him and a GPS monitor and said he was not allowed to contact anyone under the age of 17 as a condition of his bond.

Beaumont Police said parents should take this opportunity to talk to children about safety.