Police say it was 112 degrees inside the car when the 18-month-old was rescued. She was covered by a blanket and investigators think the dad might have been trying to hide her. 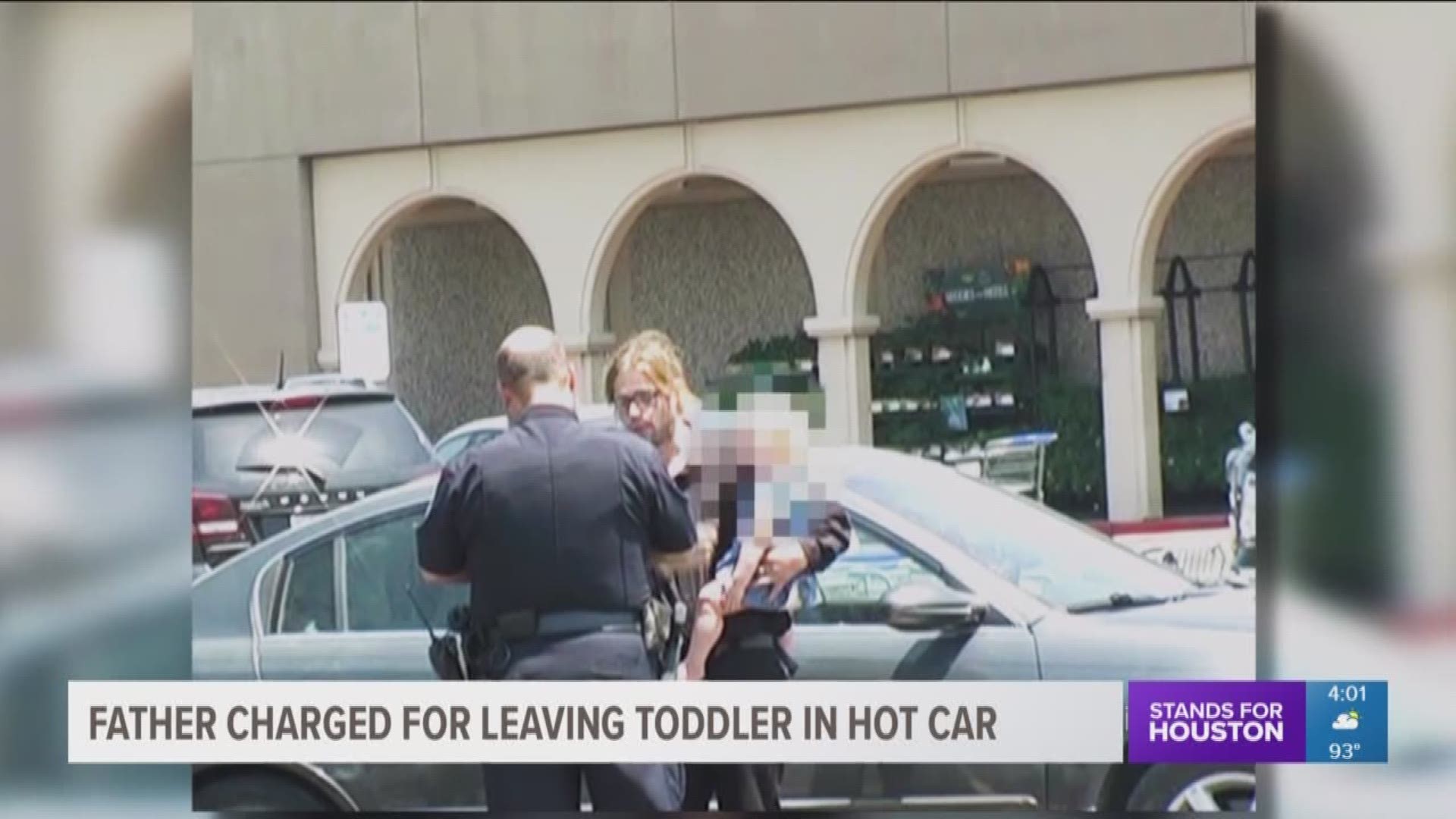 BAYTOWN, Texas — A Baytown dad was arrested Wednesday after police said he left his baby daughter in a hot car on a day when temperatures reached record highs.

Gene Curry, 24, is charged with endangering a child.

A customer at the Kroger on Alexander Street spotted the 18-month old around noon Wednesday and called 911.

Baytown firefighters unlocked the car and rescued the toddler.

"The scary thing about that was when the fire department showed up, they didn't even see the child in the car -- she was actually in a car seat covered up with a blanket, which made it even worse," said Baytown PD Lt. Steve Dorris.

Police say it was 112 degrees inside the car when the child was rescued. Witnesses said she was "beet red."

Surveillance cameras show Curry was in the store for about twenty minutes.

When officers questioned Curry after he returned to the car, they say he acted “indifferently.”

The toddler was treated at the scene and turned over to other family members and Curry was taken to jail.

Ray Walter works next door to the Kroger.

He said he would have broken the window himself if he’d known a child had been left behind.

"I don't really take kind to that. It kind of ticked me off myself because I've got five kids."

Dorris pointed out that heat is just one of many potential dangers when kids are left in cars.

"There's nothing good that can come from leaving a small child like that in a car. Absolutely nothing."