Mark Mathison surrendered after holding his family members hostage for hours on Monday. 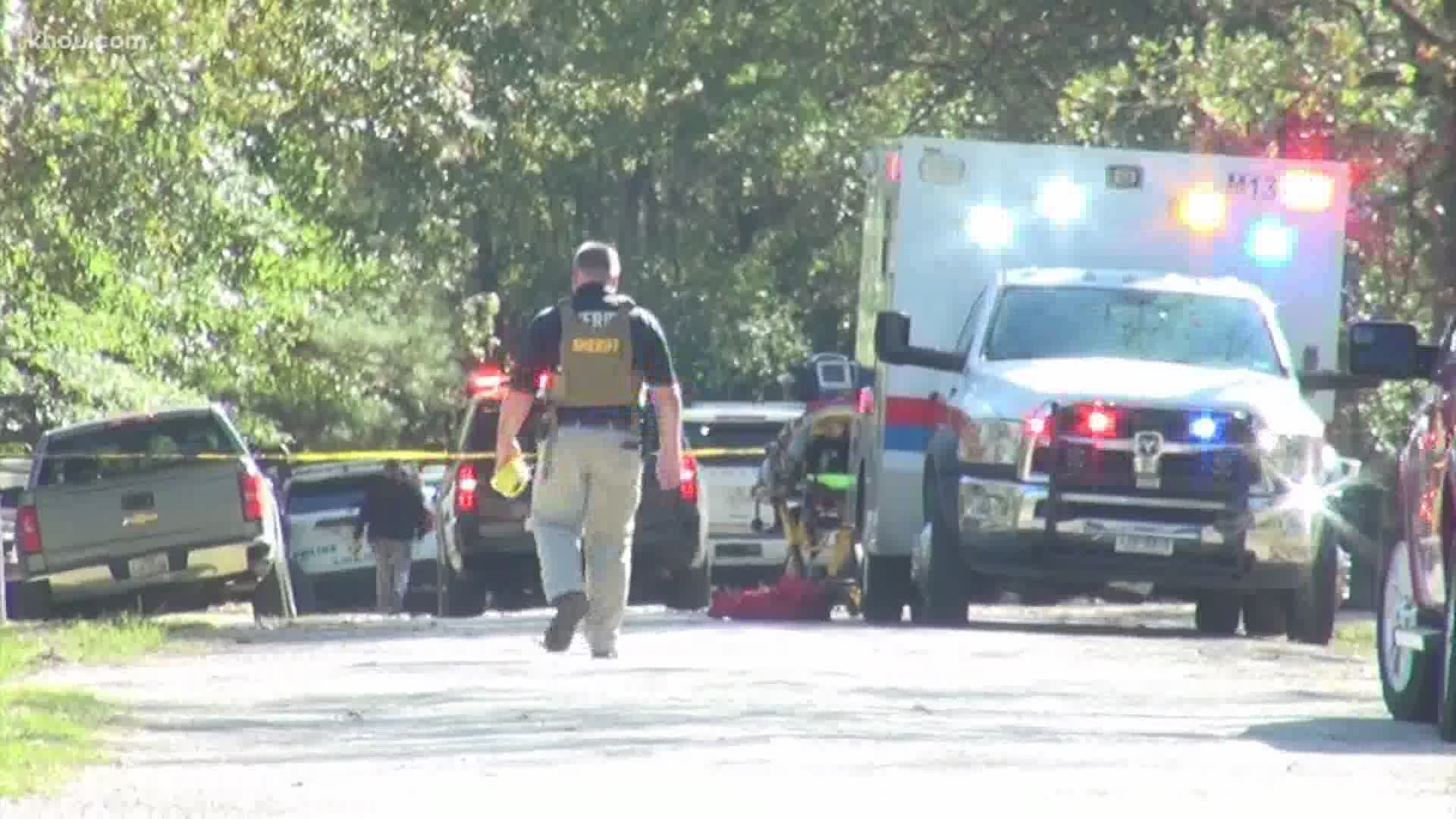 NEW WAVERLY, Texas — A 38-year-old man was taken into custody after a lengthy SWAT standoff while he held several family members hostage at a New Waverly home on Monday, according to the Walker County Sheriff's Office.

Authorities said Mark Joseph Mathison showed up at his estranged wife's home around 7 a.m. and began arguing with her family members. They said Mathison shot an elderly woman in the shoulder and then struck another woman with the stock of the gun. Investigators said he then forced the woman he struck with the gun, his two step-children and his estranged wife back into the house on South Pavey Circle.

Once they were all inside, investigators said Mathison pepper-sprayed all of them and held them hostage.

Deputies were able to rescue the elderly woman from the front yard of the home and get her medical treatment. She was taken to an area hospital in stable condition.

Negotiators began talking to Mathison and were able to get him to release the children and the woman he struck with the gun, but he kept his estranged wife in the house for several more hours.

Mathison released his estranged wife about 5 p.m. and he surrendered about 15 minutes later.

Mathison is currently being held at the Walker County Jail and awaiting bond on the following charges: