Mann Austin Hayes is accused of shooting and killing 20-year-old Julie DeLa Garza while she was riding in a truck with her current boyfriend. 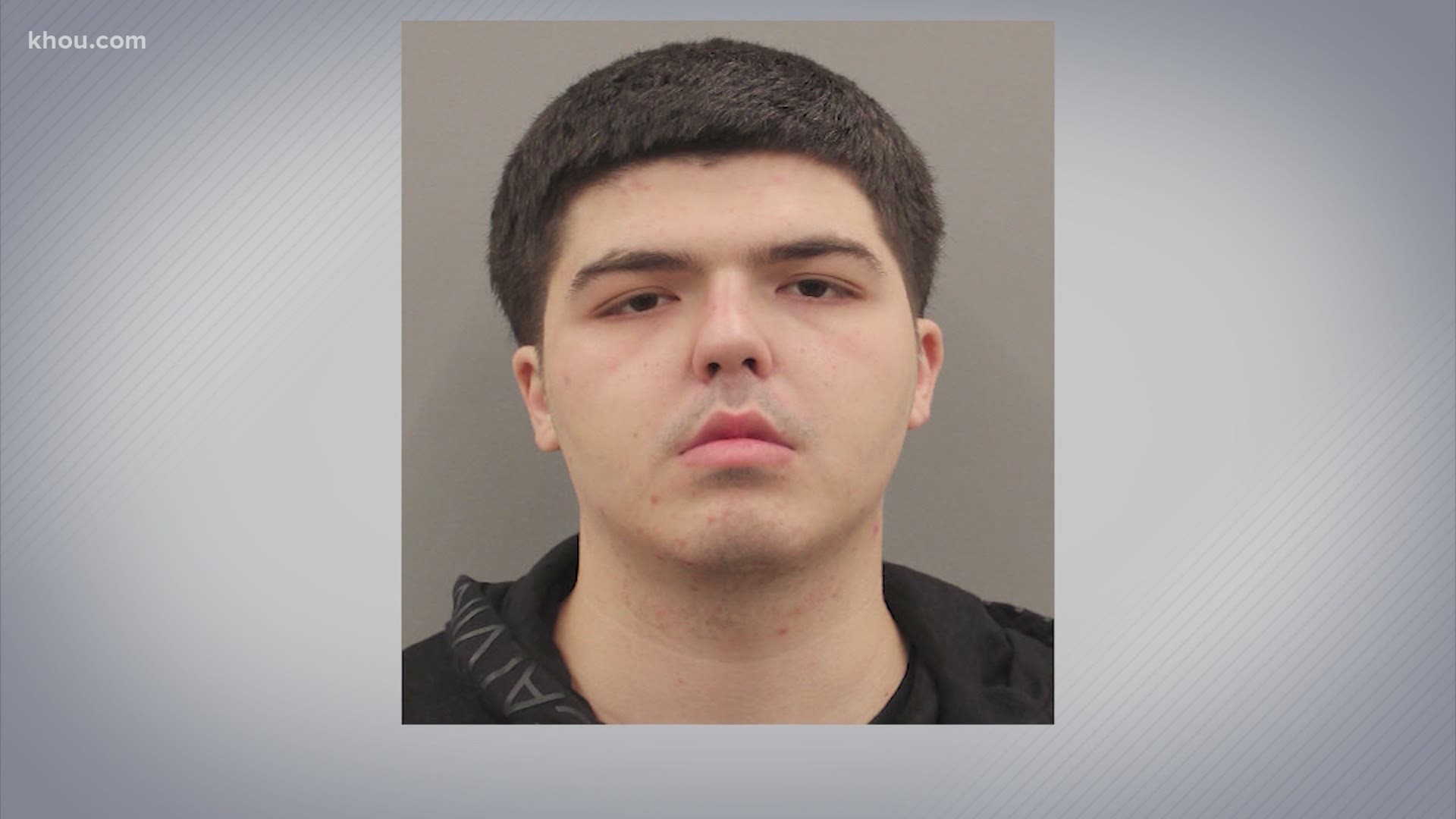 HARRIS COUNTY, Texas — The man accused of murdering his ex-girlfriend Sunday while she was riding in a truck with her current boyfriend appeared in front of a judge Thursday morning after being on the run for several days.

Bail was set at $250,000 for 21-year-old Mann Austin Hayes. If bail is made, Hayes will be required to wear a GPS monitor, have no contact with the victim's family or the victim's boyfriend, he will not be allowed to possess any weapons or firearms, he must surrender his passport and he will be placed on a curfew between 8 p.m. and 8 a.m.

The death of DeLa Garza, which initially was thought to be a case of road rage, happened at about 2 p.m. Sunday along the Northwest Freeway/290 near Spring Cypress.

RELATED: Man accused of shooting ex to death in northwest Harris County turns himself in

Garza’s current boyfriend told police that Hayes was following them and eventually opened fire. A bullet went through the back window and then through the front passenger headrest, ultimately striking DeLa Garza in the face.

DeLa Garza was flown to the hospital and remained there until she succumbed to her injuries.

Hayes fled the scene after the shooting and had been missing until Wednesday. He turned himself in at his attorney's office.

Hayes' next court date is scheduled for Friday.