At least 9 people shot, 3 killed after violent night in Houston

The victims include a 16-year-old who was shot and killed and a man killed while leaving the club. 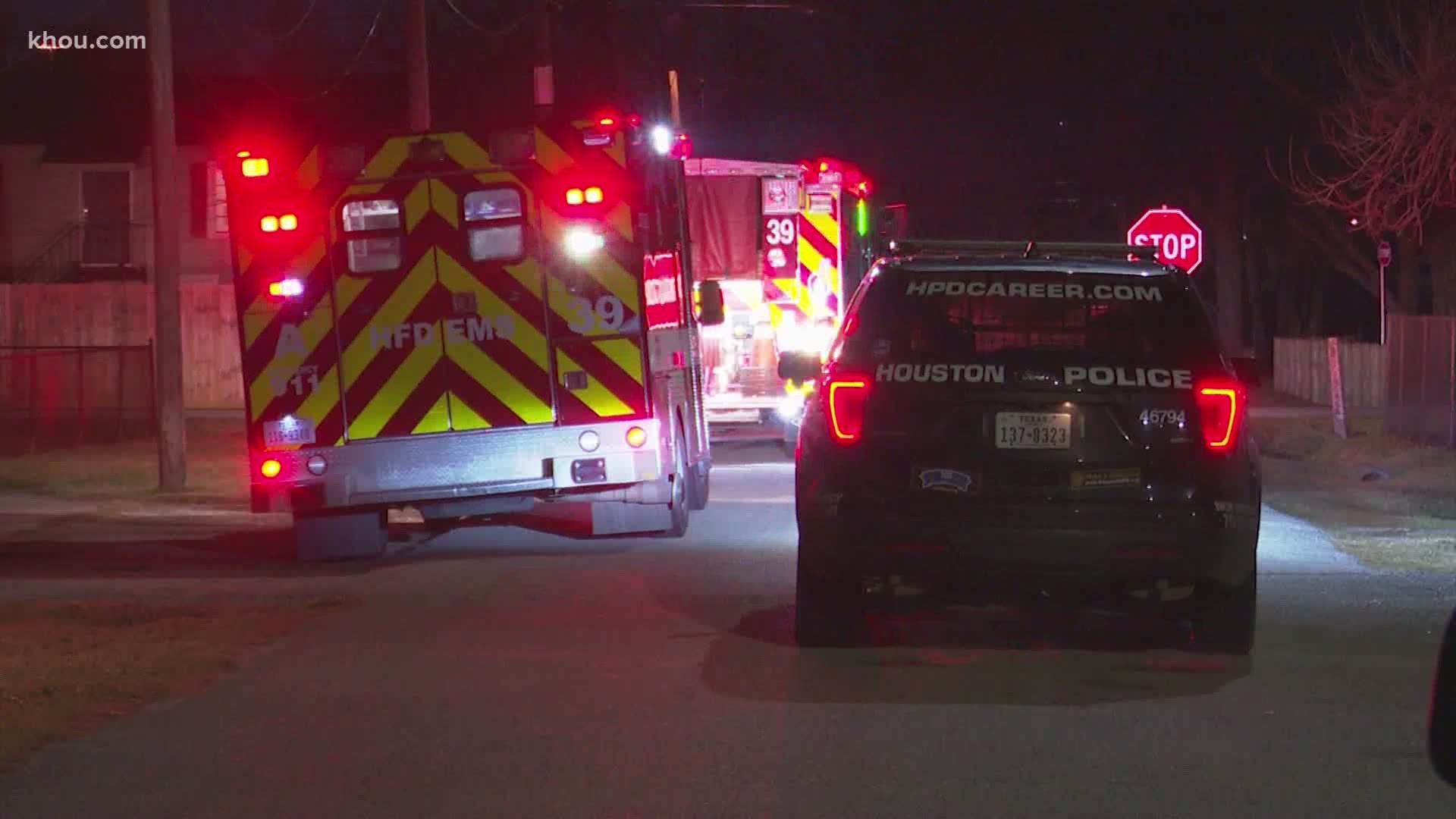 HOUSTON — It was an extremely violent night in Houston as police reported at least nine people were shot and three killed in five separate shootings.

A teenager was killed and three other people were injured in a shooting in the 5990 block of Martin Luther King Boulevard early Saturday morning.

According to Houston police, there was a large crowd gathered outside a club. At some point, an fight broke out and one person started shooting in the air.

One of the people taken to the hospital by first responders was a 16-year-old. He later died at the hospital.

Police did not say if any suspects were in custody. This scene is still under investigation.

A man was gunned down in the intersection of San Jacinto Street and McIlheney Street after leaving a club, according to Houston police.

This happened at about 3 a.m.

Police said the man was walking towards an Uber when an unknown suspect wearing a hoodie approached him and started shooting.

Several rounds were fired, police said. Even a nearby building was hit by bullets.

The suspect was able to get away.

Police do not have a description at this time.

If you know anything about this shooting, call the homicide department at 713-308-3600.

Houston police are looking for a suspect who shot a woman on Pardee Street near Hirsch Road at about 1 a.m.

The woman reportedly confessed to police that she was prostituting and the person she was with refused to pay her.

The two got into an argument and the suspect pulled out a gun and shot her in the midsection, police said.

The woman went to a nearby home to ask for help. She was taken to a hospital by first responders where she is expected to survive.

The suspect is still on the run.

Houston police said they received a call on a shooting at an apartment complex in the 6400 block of Antoine.

When the first officer arrived on scene he saw a man covered in blood trying to damage cars in the parking lot.

The officer chased the man to his apartment complex where he saw him trying to disguise his gunshot wounds by pouring hot sauce over his blood.

The officer took the man into custody. The details on how the man was wounded were not given. It's also unclear why he decided to pour hot sauce on his wounds.

Another man was found on scene with gunshot wounds. The man was taken to a nearby hospital in an unknown condition.

Police did not say if these two men knew each other or if their injuries were related.

Houston police found a man shot to death Saturday at about 4:30 a.m. in the 6500 block of Hillcroft Street.

No other details were provided on this shooting.