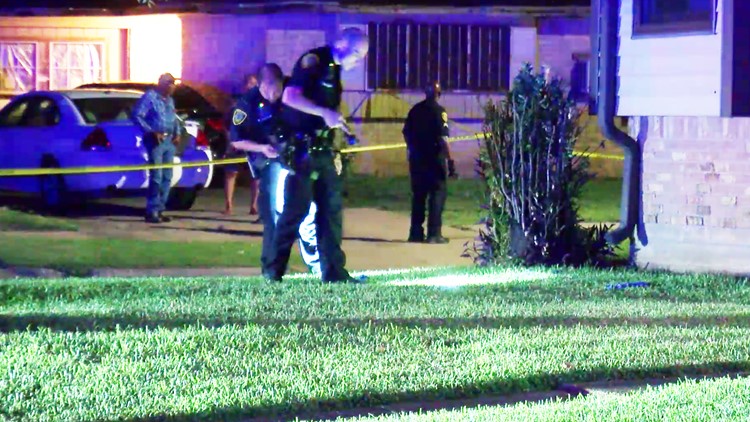 Photo by: KHOU 11
Shooting on Murr

The shooting was reported in the 11700 block of Murr at about 8:40 p.m., according to Officer S. Todic with the Houston Police Department. Police found two people with multiple gunshot wounds.

Detectives believe two shooters approached the victims and opened fire. One of the victims returned fire, but it’s unknown if the shooters were hurt as well.

At least 50 bullet casings were found at the crime scene, police said.

The suspects fled. A detailed description was not immediately available.