Theiss is accused of traveling within four miles of Biden's home on an undisclosed date. 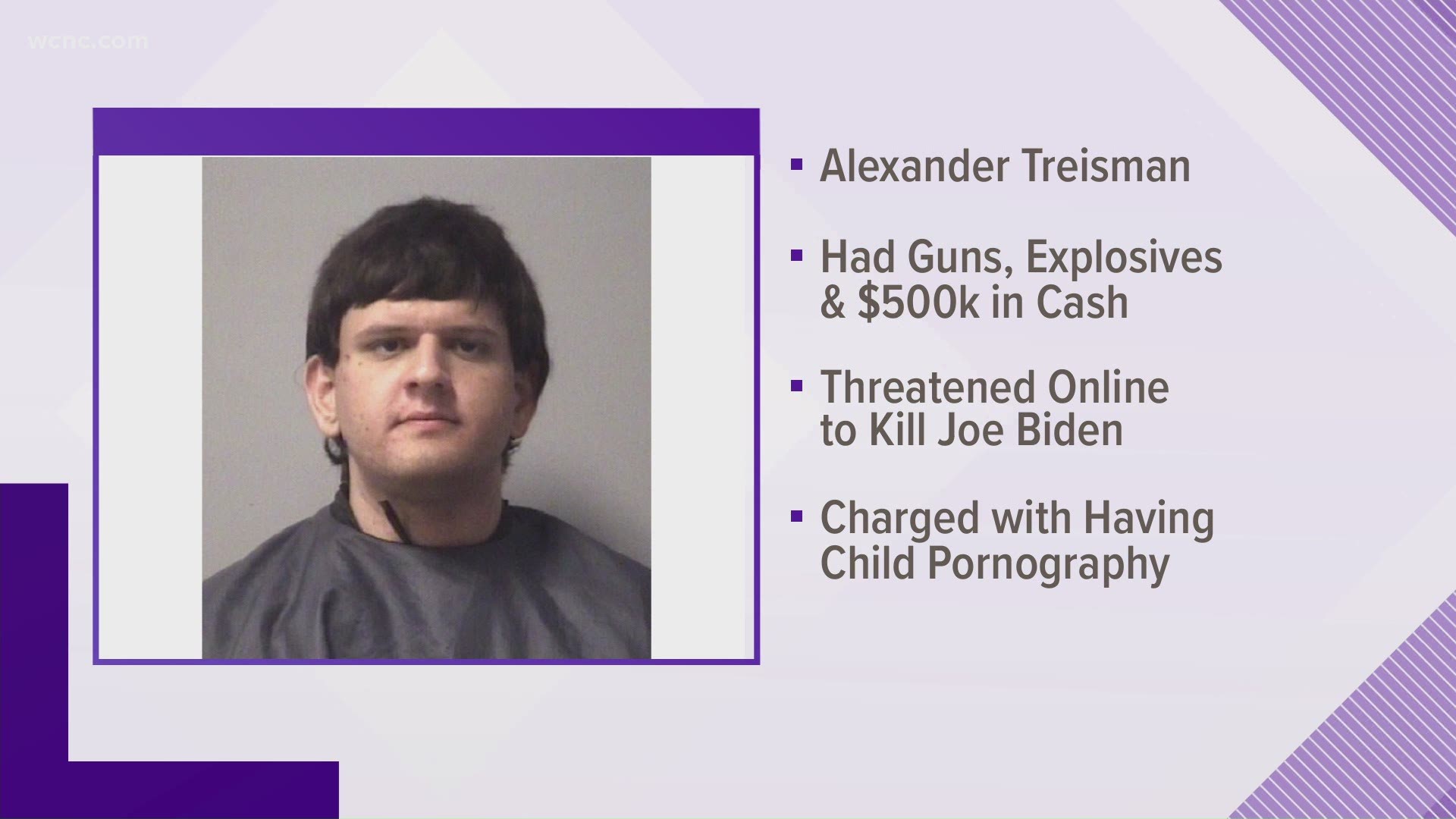 KANNAPOLIS, N.C. — A man accused of possessing a van full of guns and ammunition, and researching an execution plot against former vice president Joe Biden, is being held on child pornography charges, according to federal court documents.

Alexander S. Theiss, who was found to also go by the alias Alexander Hillel Treisman, was arrested in Kannapolis, North Carolina after his van was discovered abandoned outside a bank, according to a detailed timeline published as part of a legal motion to keep him detained without bail ahead of his trial.

Theiss, who is described as having an "interest in terrorist incidents and mass shootings," is accused of possessing 8 guns and lengthy research regarding violent acts.

Amid his alleged research, was information for an execution plot for Biden, the Democratic candidate for president.

Theiss is accused of traveling within four miles of Biden's home on an undisclosed date. While there, he allegedly wrote a checklist ending with a task to "execute" Biden," according to the document.

Investigators have found an April 15 meme they accuse Theiss of posting online. In the caption, it questions, "Should I kill Joe Biden?"

Theiss is currently facing charges for child pornography, in which he was found to be in the possession of a total of 1,248 videos and 6,721 images of child pornography content across numerous electric devices.

He disclosed to investigators he traveled across the country to purchase firearms in multiple states, the document explains.

When authorities towed away his abandoned van outside the Fifth Third Bank on May 28, they found inside:

“Upon arrival, officers observed weapons inside a van which was left unlocked and unoccupied," Kannapolis Chief of Police Terry Spry said in a released statement to WCNC Charlotte Thursday. "Federal agents were contacted and while awaiting their arrival the suspect returned to the business. Kannapolis officers detained the suspect and subsequently arrested him."

Theiss arrived back at the bank in a second vehicle, where investigators said they found two additional firearms: a Taurus Spectrum .380 caliber and an Intratec 9mm Luger Model AB-10, according to the document.

During an earlier court appearance, a lawyer for Theiss asked an investigator if they knew about his client's diagnosis with Asperger syndrome, the document showed. The investigators stated Theiss denied have any mental health conditions during interviews.

A judge has denied Theiss bail. He is being detained ahead of his trial because he is considered a danger to the community and a flight risk. He was initially arrested/detained by local Kannapolis PD but has since been handed over to federal custody where he is awaiting trial.