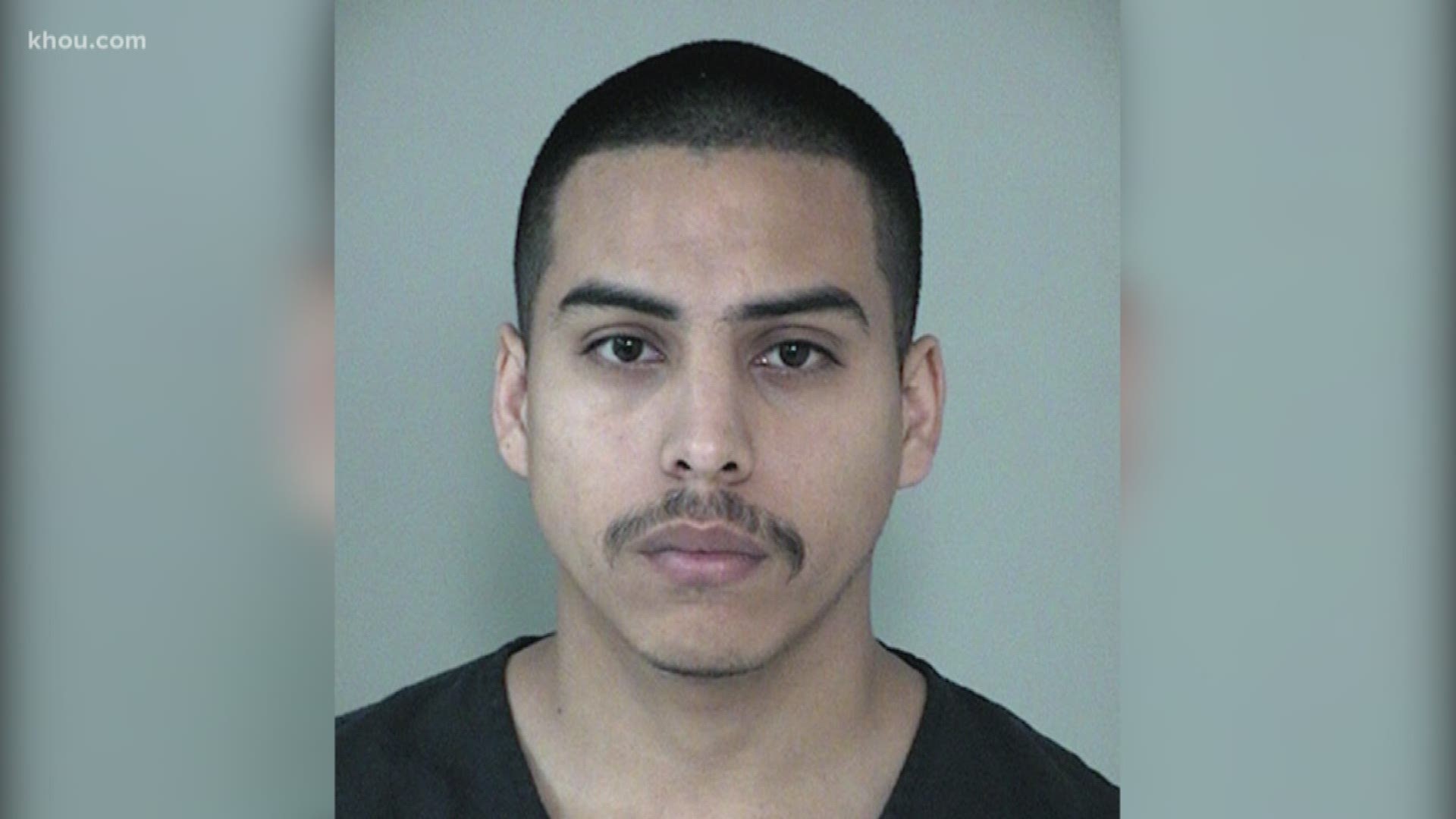 FORT BEND COUNTY, Texas — An Arcola officer was arrested Wednesday after he was charged with sexual assault stemming from an alleged incident during a traffic stop.

The Fort Bend County District Attorney’s Office confirmed that Ruiz was accused of sexually assaulting a woman he pulled over on Nov. 16. The 23-year-old victim alleges that Ruiz pulled her over for traffic violations and then requested that she follow him in her car.

Ruiz allegedly led her to an area where no one was around and coerced her into engaging in a sexual act, the DA's Office said.

The DA's Office says the victim reported the incident to the Manvel Police Department and the Arcola PD cooperated with their investigation. The Texas Rangers eventually took over the investigation.

"The utter violation of public trust that these allegations represent is heinous and disgraceful. My office will prosecute these criminal offenses to the fullest extent possible under the law."

In a press conference Thursday morning, the DA's Office said they believe this may not be Ruiz's first offense and they are urging victims to please come forward.

“This is a horrible abuse of power, we take it very seriously…all we ask is who have information come forward and not be afraid to tell the truth,” DA Chief Public Integrity Prosecutor Terese Buess said at a press conference Thursday morning.

Ruiz graduated from the University of Houston-Downtown in 2017, according to his bio on the department’s website. He then joined the Arcola Police Department as a reserve officer in March 2018.