HPD: Gunman who killed man, woman and then shot at police outside Houston motel was a regular guest

Two others were also wounded in the shooting overnight. No officers were hurt. 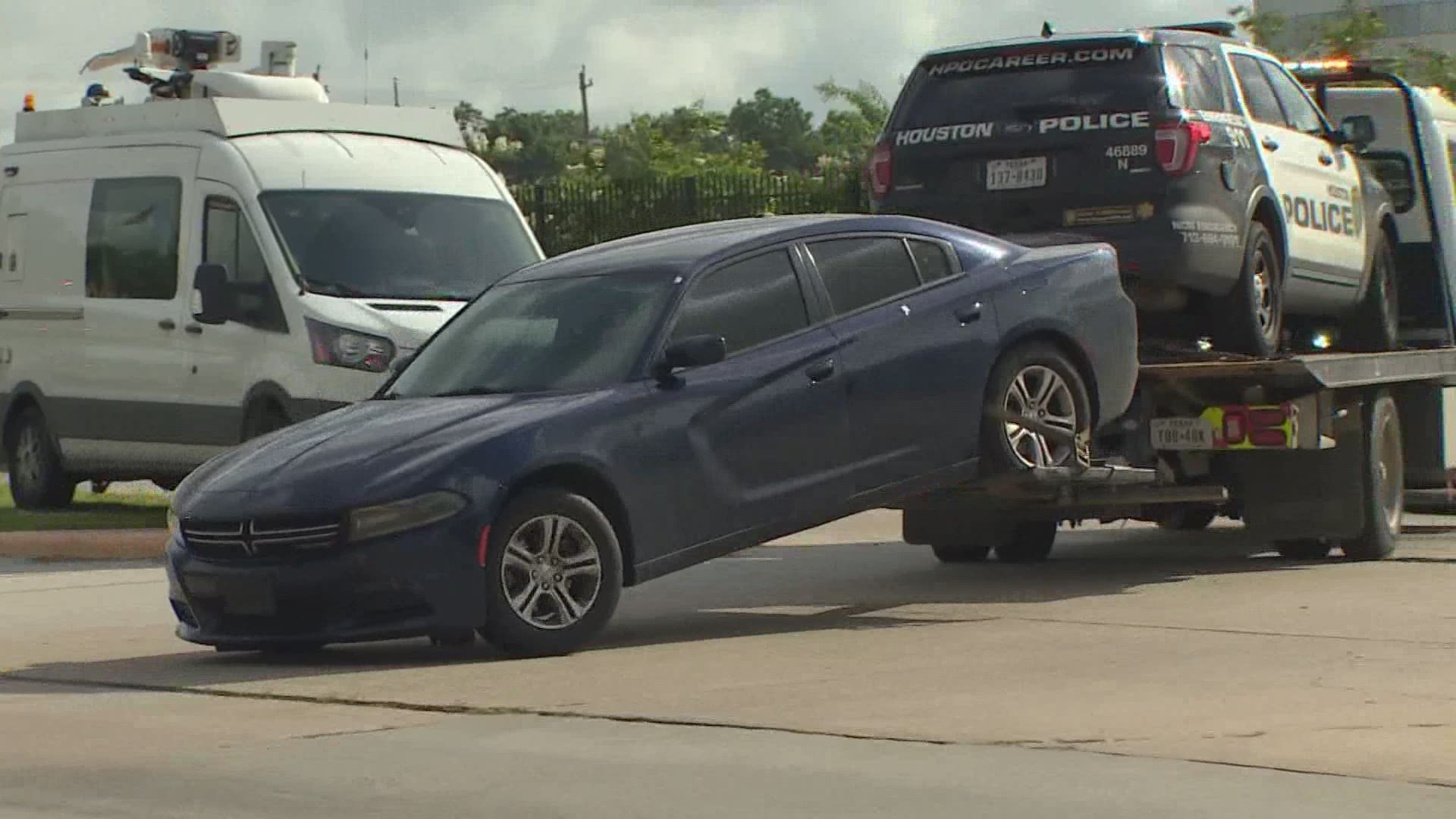 HOUSTON — Three people, including a suspect, were killed and two others were wounded in a shooting incident at a motel in northwest Houston, police said early Monday.

Police were allegedly shot at as well when they arrived at the scene, but no officers were hurt.

The murders and shootout happened at the Palace Inn in the 3400 block of Antoine, police said. The area was blocked off to traffic for several hours but was set to reopen shortly after 7 a.m., reported KHOU 11's Michelle Choi.

It’s believed a gunman shot and killed a man and woman on the second floor of the motel. He then turned his gunfire to the parking lot, shooting and wounding two people there.

Police said the suspect, whose name has not been released, then called 911 to report the shootings.

When police arrived, they said they were immediately fired upon.

Police returned gunfire, and the suspect was later found shot dead. Investigators noted, however, it wasn’t immediately clear if the suspect was shot by police or if he shot himself.

Police also said there's no indication the suspect knew his victims or that it was any kind of a domestic violence situation.

"This suspect shot these victims, and they were deceased prior to officers arriving on the scene," said Chief Slinkard with HPD.

Police are reviewing surveillance video and working to determine a motive for the shooting.

Police said the victims who were killed along with the suspect were all frequent guests at the motel. Investigators towed away a patrol vehicle and a dark blue sedan later in the morning.

The two people shot in the parking lot are expected to survive, police said.