It happened just after midnight Tuesday on the North Freeway service road near Parramatta Lane in north Harris County. 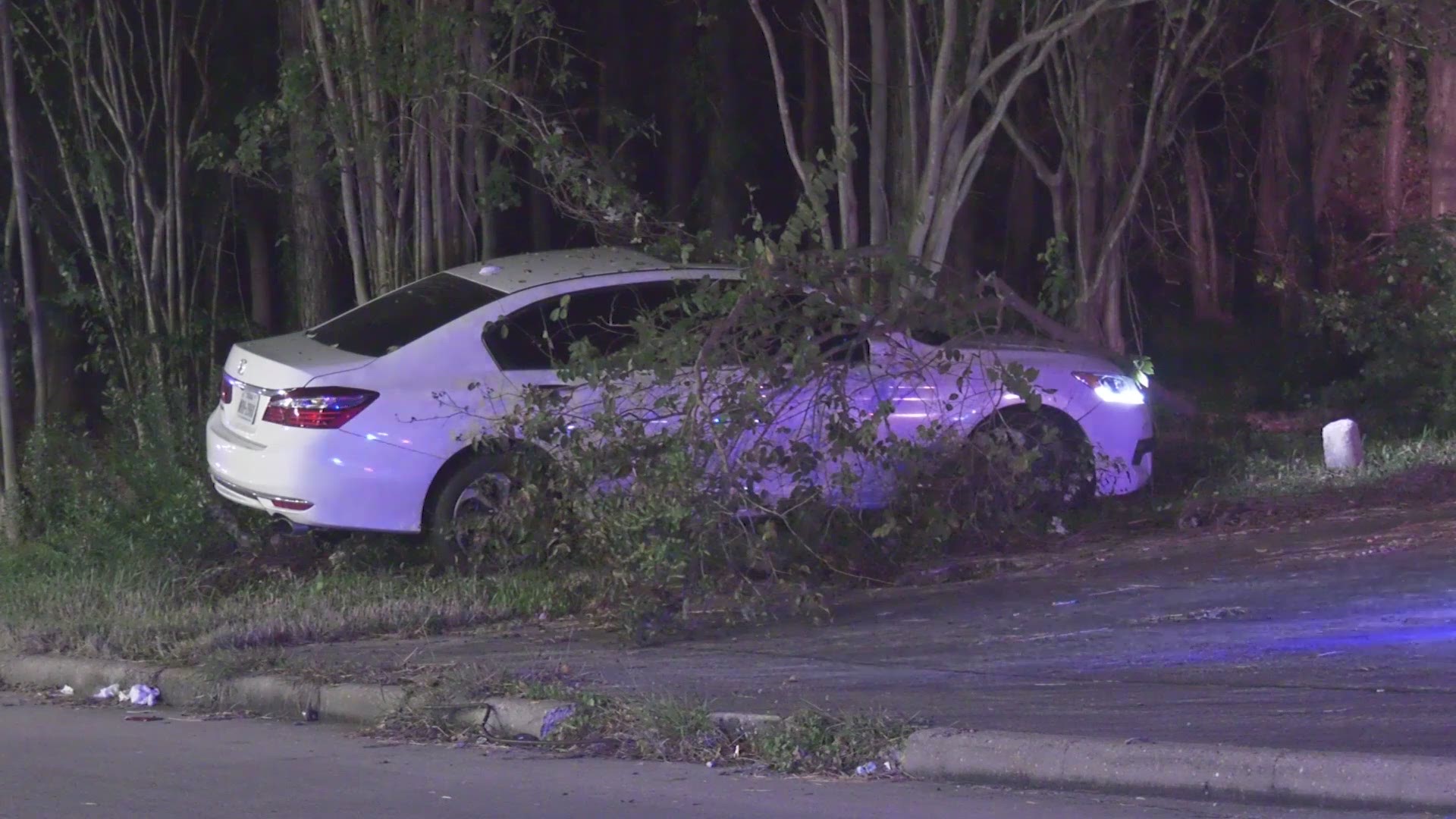 HARRIS COUNTY, Texas — The Harris County Sheriff's Office is searching for an alleged carjacker who escaped on foot after crashing the stolen vehicle along the North Freeway service road, investigators confirmed.

Officers writing a stolen vehicle report had just put out a description of the car when another deputy spotted the suspect shortly after midnight.

The officers chased the vehicle until it crashed along the I-45 service road near Parramatta Lane in north Harris County. When deputy arrived, the driver had already left.

A perimeter was set up, and a helicopter and K-9 unit were dispatched to aid in the search, but the driver hasn't been found.