Houston police are searching for any leads that could shine a light on the social media influencer's death after her body was found on a roadside over the weekend. 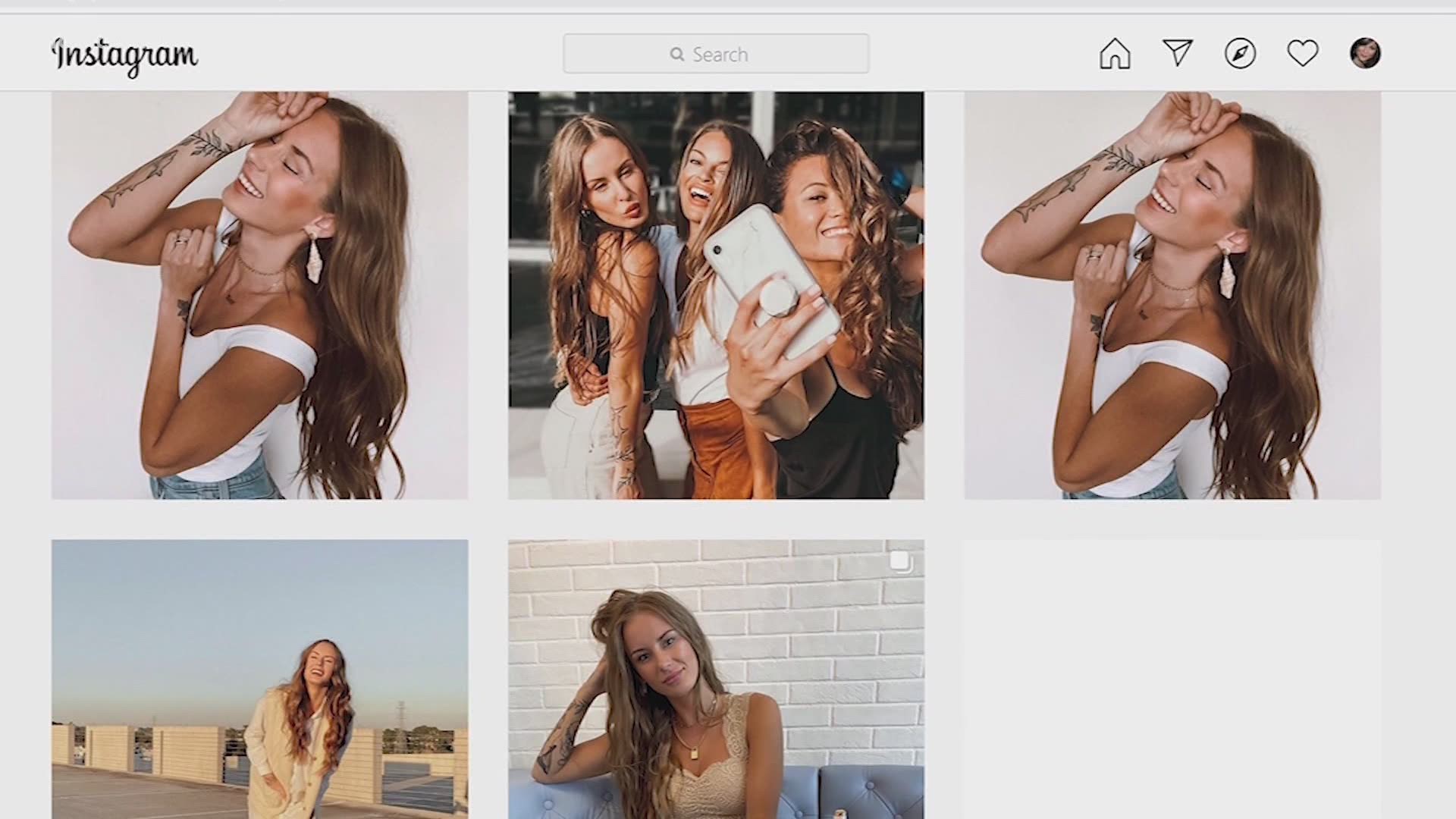 HOUSTON — Alexis Sharkey is a name that has garnered national attention after the 26-year-old social media influencer was found dead along a roadside over the weekend in west Houston.

Homicide Det. Ricardo Rivera, who's been handling the case, said there wasn't any attempt to conceal her body based on how the victim was positioned.

There's also no evidence she walked down the I-10 frontage road, he added.

The Houston Police Department reported a team of city workers found the victim naked on the side of the road in Houston's Energy Corridor on Saturday, Nov. 28. The Medical Examiner's office confirmed it was Sharkey on Monday, Nov. 30.

Investigators confirmed Tuesday they are still awaiting autopsy results for the victim, who they've identified by her maiden name -- Alexis Leigh Robinault.

RELATED: ‘My world, my everything’ | Family, friends stunned over the death of Instagram influencer Alexis Sharkey

UPDATE: Investigators are awaiting autopsy results on the victim, Ms. Alexis Robinault, 26. Detectives say she was found with no clothing & no visible wounds. More info is at https://t.co/6nwBLqgUah

Police suspect Sharkey was dumped on the side of the road sometime late Friday and into Saturday morning. While there were no immediate signs of foul play, police don't believe she died of natural causes.

Investigators continue to review surveillance video from security cameras in the area.

Homicide detectives with @houstonpolice are watching surveillance video from security cameras in the area where the body of #AlexisSharkey was found. There’s a hair salon, high rise office tower and Omni Hotel in the area... and a big open plot of land. #khou11 pic.twitter.com/UGtn2C8yb4

Rivera said officers have spoken with Tom Sharkey, the victim's husband, during the missing person's investigation and he has continued to cooperate. The couple had been married for almost a year and had moved to Houston in January.

“My world! My everything! I’m so lost right now! My one and only!” Tom wrote on Facebook with photos of his late wife.

Stacey Clark Robinault said she received a call from her son-in-law Saturday about her daughter's disappearance. She immediately went to social media, along with several of Alexis Sharkey's other close friends, with a desperate plea for information.

“I mean, just threw her on the side of the road, naked, like garbage. I just, I don’t get it,” said Tanya Ricardo, one of Alexis’ best friends. “No one gets away with something like this. No one.”

She didn't show up for her weekend plans

Ricardo said Alexis spent Thanksgiving at her house and they made plans to watch movies with other friends all day on Saturday. The last time they spoke was around 6 p.m. Friday.

She got worried the next day when text messages and phone calls went unanswered.

“She is attached to her phone. She is a social media queen. She is an influencer. She works from her phone,” Tanya said.

This might be the last photo of Alexis Sharkey alive. She's there on the right.

She spent Thanksgiving with friends who say Alexis was going watch movies with them Sat.

The 26YO 'influencer' was found dead, naked Sat. morning.@houstonpolice are working to solve case.#khou11 pic.twitter.com/WcMn85Iht3

They grew more alarmed when they realized Alexis, who had about 20,000 Instagram followers at the time of her death, hadn’t posted on social media for more than 12 hours. No one answered the door at her and her husband's apartment.

Their worst fears were realized Sunday when they learned Alexis' body had been found about three miles from their apartment.

'She was always happy, always had a smile on her face'

“She was always happy, always had a smile on her face. A lot of people looked up to her. She was just very, very positive,” Tanya said. “I don’t know who could have done something like this to her.”

She said Alexis’ friends aren’t going to let this go.

“Whoever did this, we’re going to find them. We’re going to do everything it takes. So, everyone can put her to rest in peace,” Tanya said.

Friends have set up a gofundme.com account to help Alexis' family in Pennsylvania pay for travel and funeral expenses.