Marco Ruiz was re-arrested while on bond in Houston, then released on bond again, before authorities say he finally ran off to Honduras with girlfriend. 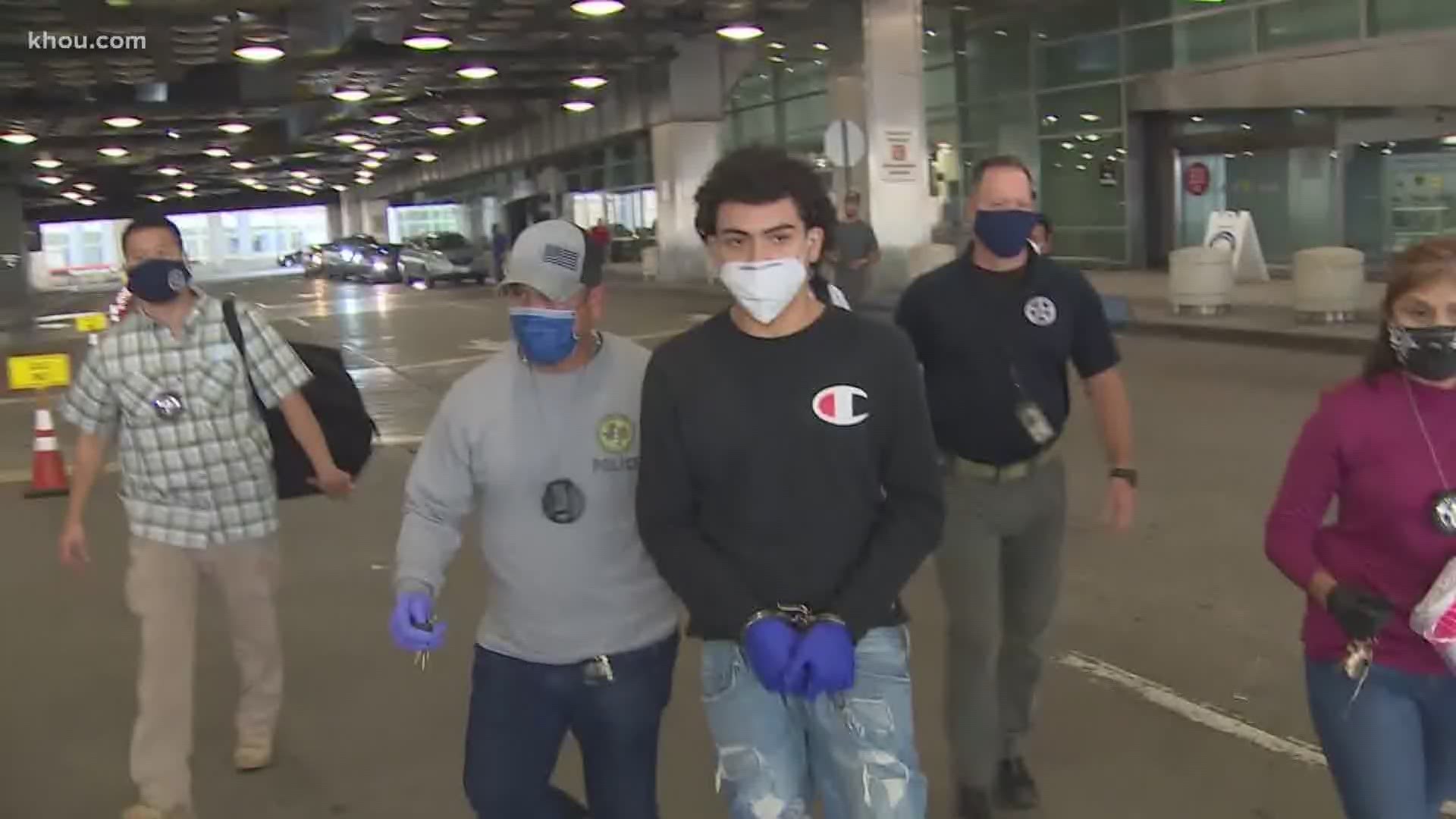 HOUSTON — An 18-year-old Houston fugitive accused of killing a teenager last year has been returned to the United States after fleeing to Honduras last year. Authorities said Marco Ruiz fled the country with his girlfriend while on a personal recognizance bond.

“Anytime we can get a suspect back on U.S. soil, it’s always a big success for the task force and everybody involved," said Cameron Welch with the U.S. Marshal Service Gulf Coast Violent Offender Task Force.

Ruiz,18, was charged with manslaughter after Houston police said he shot and killed 16-year-old Juan Nunez last June at a Greenspoint-area apartment complex. Ruiz was released on an $80,000 bond soon after the arrest.

While he was out on bond on the manslaughter and other charges, Ruiz was arrested on Halloween for unlawful possession of a weapon. Prosecutors said he also violated his bond order by not charging his ankle monitor.

Ruiz was released once again as he awaited trial, this time on a personal recognizance bond, which means he did not have to put up any money. Authorities said he went to Honduras with his girlfriend after that.

"Ironically enough, Mr. Ruiz got himself into his own problems in Honduras," Welch said. "Allegedly he got into a domestic altercation with his girlfriend and that prompted law enforcement activity down there and they found out he was wanted. The next thing you know, we’re getting a phone call to bring him back.”

RELATED: HPD: Suspect in fatal officer-involved shooting was emotional, had been drinking