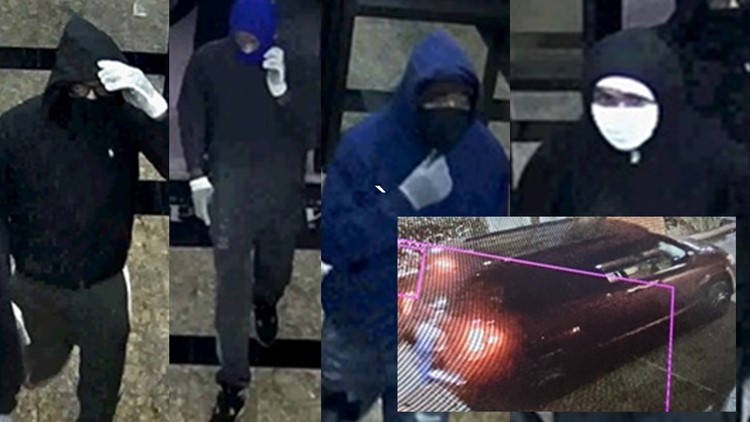 Photo by: HPD
Surveillance cameras captured the suspects using a pry bar to gain access to the building

HOUSTON — Houston police and Houston Crime Stoppers hope someone will recognize something in these photos that will lead to an arrest for a January break-in and burglary.

Crime Stoppers said it was about 2:30 a.m. on Jan. 10 when eight suspects broke into a medical supply business in the 13300 block of Hargrave in the Willowbrook area.

Surveillance cameras captured the suspects using a pry bar to gain access to the building. The suspects stole a safe containing prescription medication and pharmaceutical narcotics worth approximately $20,000.

They then fled in a Dodge Caravan in an unknown direction of travel.

Crime Stoppers may pay up to $5,000 for information leading to the identification, charging and/or arrest of the suspects in this case. Information may be reported by calling 713-222-TIPS (8477), submitted online at www.crime-stoppers.org or through the Crime Stoppers mobile app. Only tips and calls DIRECTLY TO Crime Stoppers are anonymous and eligible for a cash reward.