Some of the suspects tried to get away on foot but were located during a search by helicopter and K-9. 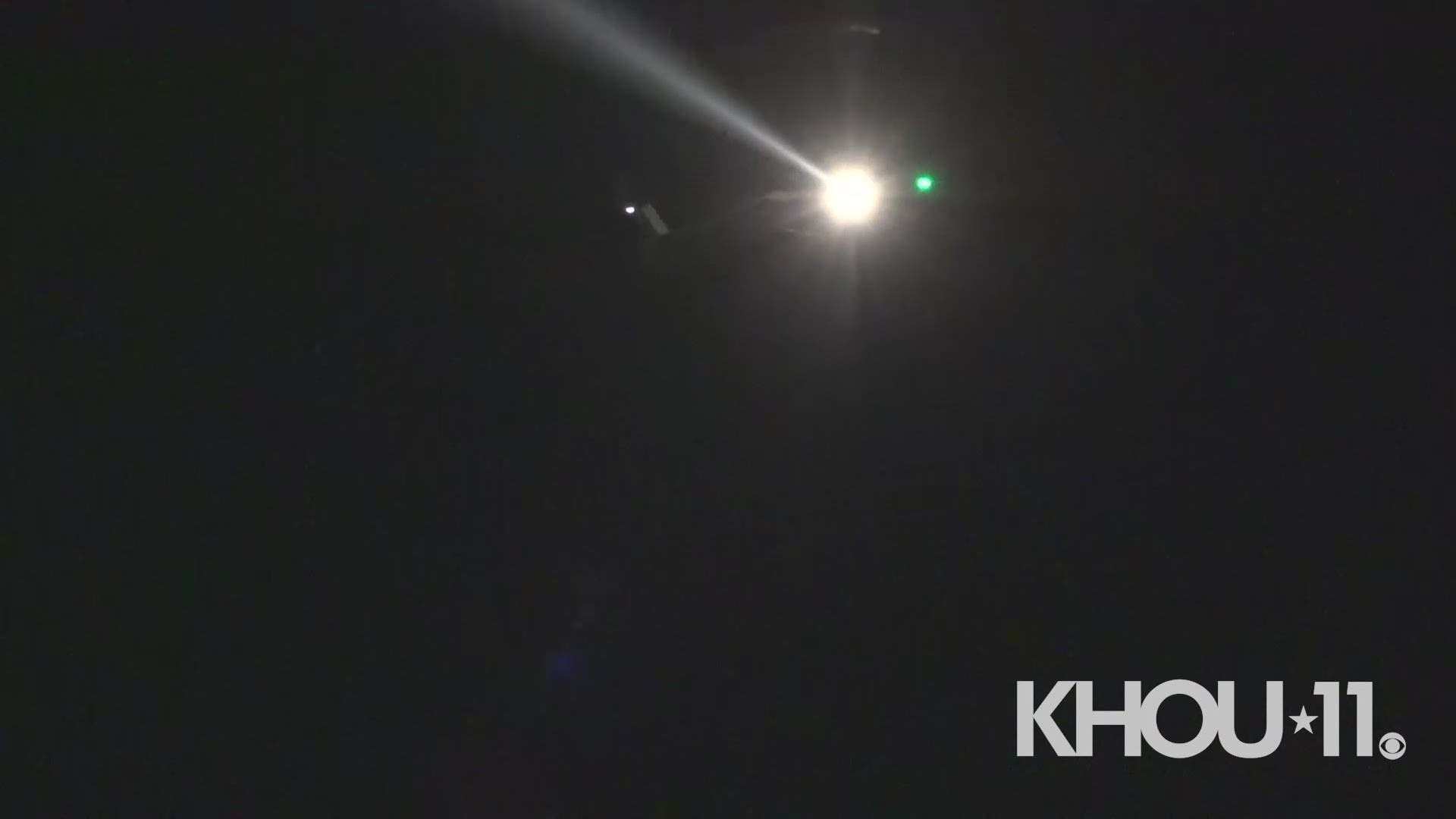 HOUSTON — Officers arrested multiple suspects believed to be involved in a series of robberies in both Fort Bend and Harris counties early Thursday.

Officers were monitoring the area of Bissonnet and Beltway 8 around 2 a.m. when they saw two vehicles reported stolen trailing each other, according to the Houston Police Department.

Marked units were called in and attempted to stop the suspects, but the drivers refused to pull over.

One driver went to Club Creek before jumping out and trying to run. Officers used a stun gun and arrested him.

Four other suspects, three men and a woman, went through a backyard on Leawood. Two of them ran and foot while two others stayed in the vehicle. All four were arrested after a search via police helicopter and K-9.

Police said the vehicles the suspects were in were stolen in robberies, and the suspects may be tied to multiple robberies in various parking lots.

The names of those accused have not been released.