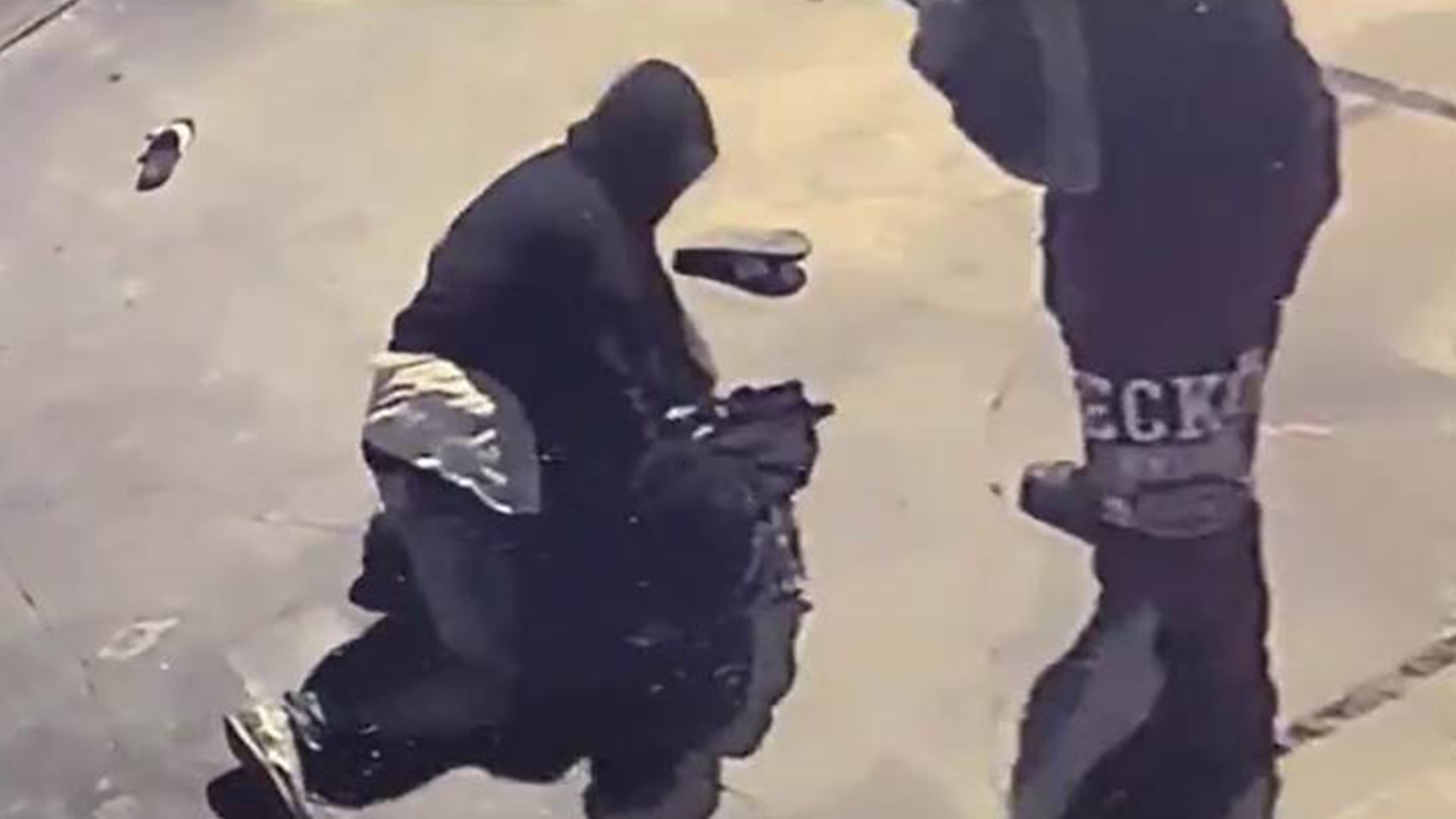 The suspects are described as Hispanic males. One was wearing a white shirt. The other male was wearing dark-colored clothing. Police said the suspects not only stabbed their victims, but they also threatened them with a gun.

Houston police released surveillance video of one the attacks. In the video you can see the suspects throw a man to the ground then repeatedly punch and kick him. One of the suspects was seen pulling out a large knife and stabbing the victim multiple times.

This is the video police released. Warning -- some people may find it difficult to watch.

The first incident happened at about 6:00 p.m. in the 900 block of Redwood at an apartment complex. A man said he was inside his apartment balcony when the two suspects approached him, placed a knife to his throat and demanded money. Police said the suspects punched the man in the face when he said he didn't have any money and ran away.

The second incident happened at about 6:40 p.m. along a walking path at 6113 Gulf Freeway. The victim said he was approached by the two suspects while he was walking and was hit from behind, causing him to fall to the ground. The suspects then kicked the victim and punched him repeatedly while searching him for any property, police said. They then ran away.

The third incident happened shortly before 7 p.m. in the 7600 block of Tipps at Mason Park. The victim in this incident said while he was at the park the two suspects approached him and began to assault him. One of the suspects stabbed the victim with a knife while trying to take his beginnings, the victim reported. The suspects were able to take the victim's phone and run away.

The fourth incident happened at about 10:45 p.m. at an apartment complex in the 2500 block of Beatty. A man claims the suspects jumped him while he was in the laundry area and was trying to take his wallet and phone. The man attempted to fight back, but one of the suspects pulled out a knife and stabbed him, police said. Both suspects got away with the man's belongings.

The last incident happened at 11:10 p.m. in the Fernandes Food Mart in the 6200 block of Griggs. The victim in this incident said he was taking out the trash when the two suspects approached him and punching him. One of the suspects then pulled out a knife and started stabbing the victim while taking his wallet and cell phone. Both suspects got away.

Police are asking anyone with information on these suspects to please call Crime Stoppers at 713-222-8477.