Body cam video of the shooting was released Thursday afternoon. 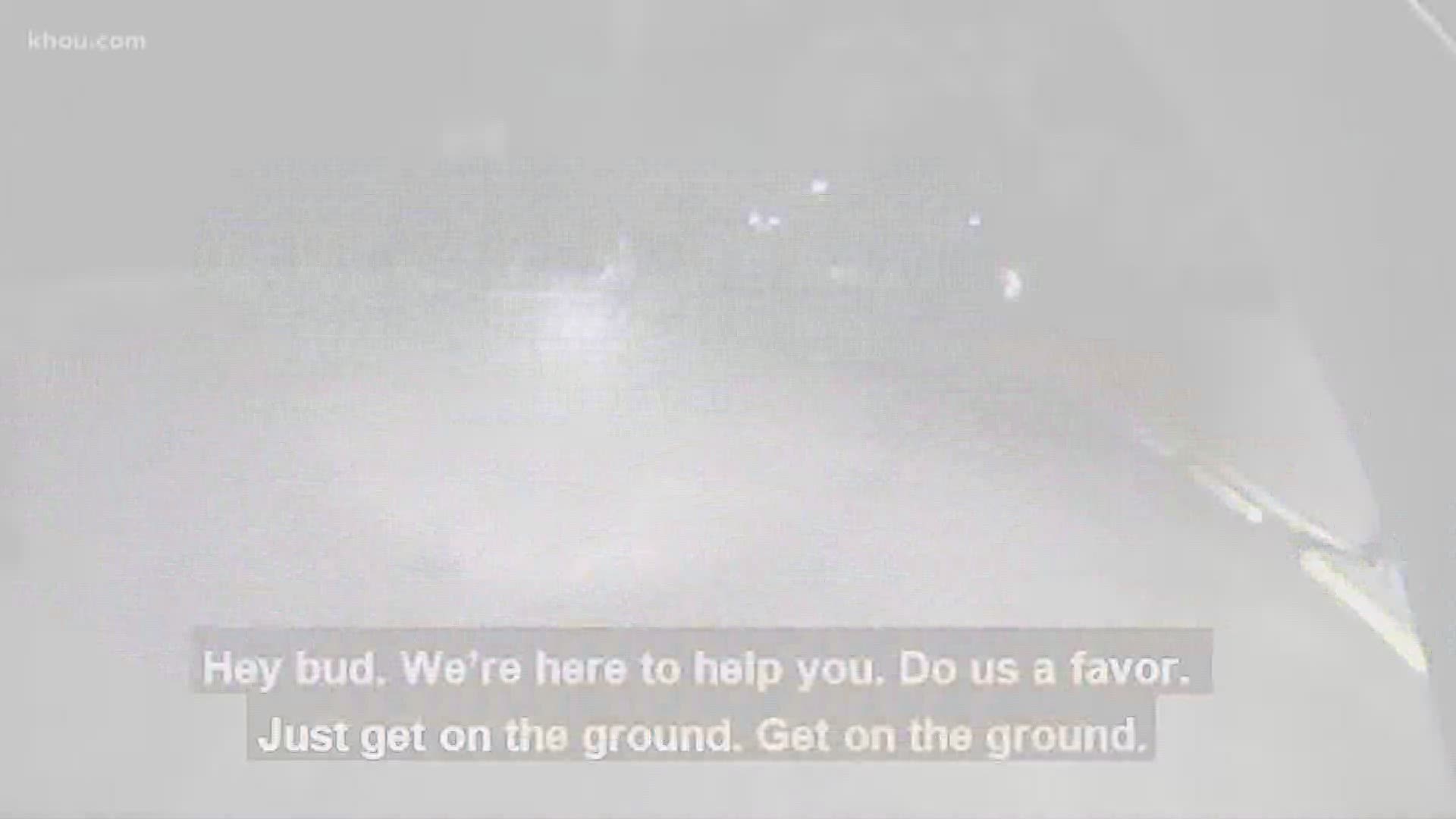 HOUSTON — Four Houston Police Department officers have been fired in connection to the shooting and killing of Nicolas Chavez, the Houston Police Officer's Union confirmed Thursday.

After months of public calls to release the footage, HPD shared body camera video of the police shooting of Nicolas Chavez, 27, for the first time.

WARNING: In an effort to be transparent, HPD has released the full video of the incident. The video is graphic and contains offensive language. Tap here to view it in its entirety on their YouTube channel.

“It was clear when viewing the video that these officers did not want to shoot Mr. Chavez and did everything in their power not to,” Joe Gamaldi, president, of Houston Police Officers Union, said.

He said he city’s Independent Police Oversight Board, which includes civilians, unanimously agreed the shooting was justified.

In a tweet, the union said Acevedo's decision to fire the officers is "unjust and deplorable."

For all media we will be holding a news conference 11am at our Union Hall to discuss the unjust and deplorable decision by Chief Acevedo to fire 4 HPD Officers for a justified shooting. @abc13houston @KPRC2 @abc13houston @FOX26Houston @CW39Houston @TelemundoHou @univision45TV

Chavez was shot near the intersection of Gazin and Market streets on April 21 by Houston police.

Investigators said police got calls about an armed man who was possibly trying to commit suicide and was running in and out of traffic.

Eventually, officers found the man, later identified as Chavez, on the east side near I-10 and Gazin.

“This individual kept coming towards the officers, refusing commands to drop the knife, drop the weapon," Acevedo claimed.

Both union leaders and Acevedo said the officers spent 15 minutes retreating from Chavez, telling him to drop a piece of rebar they thought was a knife, and trying to de-escalate the situation.

Chavez can be heard on the video threatening to hurt officers if they come closer and telling them to kill him.

Union leaders said those officers used every non-lethal option available, then fired when Chavez pointed a Taser at them.

“It’s objectively not reasonable when a man’s been shot multiple times, shown he can’t get up, quite frankly it’s inexplicable to me when they had plenty of opportunity to back up and stay the line, shoot a man 21 times. I can’t defend that,” the chief said.

It was later determined the weapon in Chavez's hand was a piece of rebar.

Video of the shooting went viral and was disturbing for most.

There were four officers and one sergeant who were placed on administrative leave after the shooting.

The case is being investigated by the HPD Special Investigations Unit, the Internal Affairs Division and the Harris County District Attorney's Office.

“I met with the mother, father and wife of Nicolas Chavez to listen to their concerns and personally assure them that our Civil Rights Division prosecutors will conduct a thorough, independent review of all the evidence in his death. Once we complete our review, we will present the case directly to a grand jury. That grand jury will determine whether the Houston Police officers who shot Nicolas Chavez were justified or whether they committed a crime.”