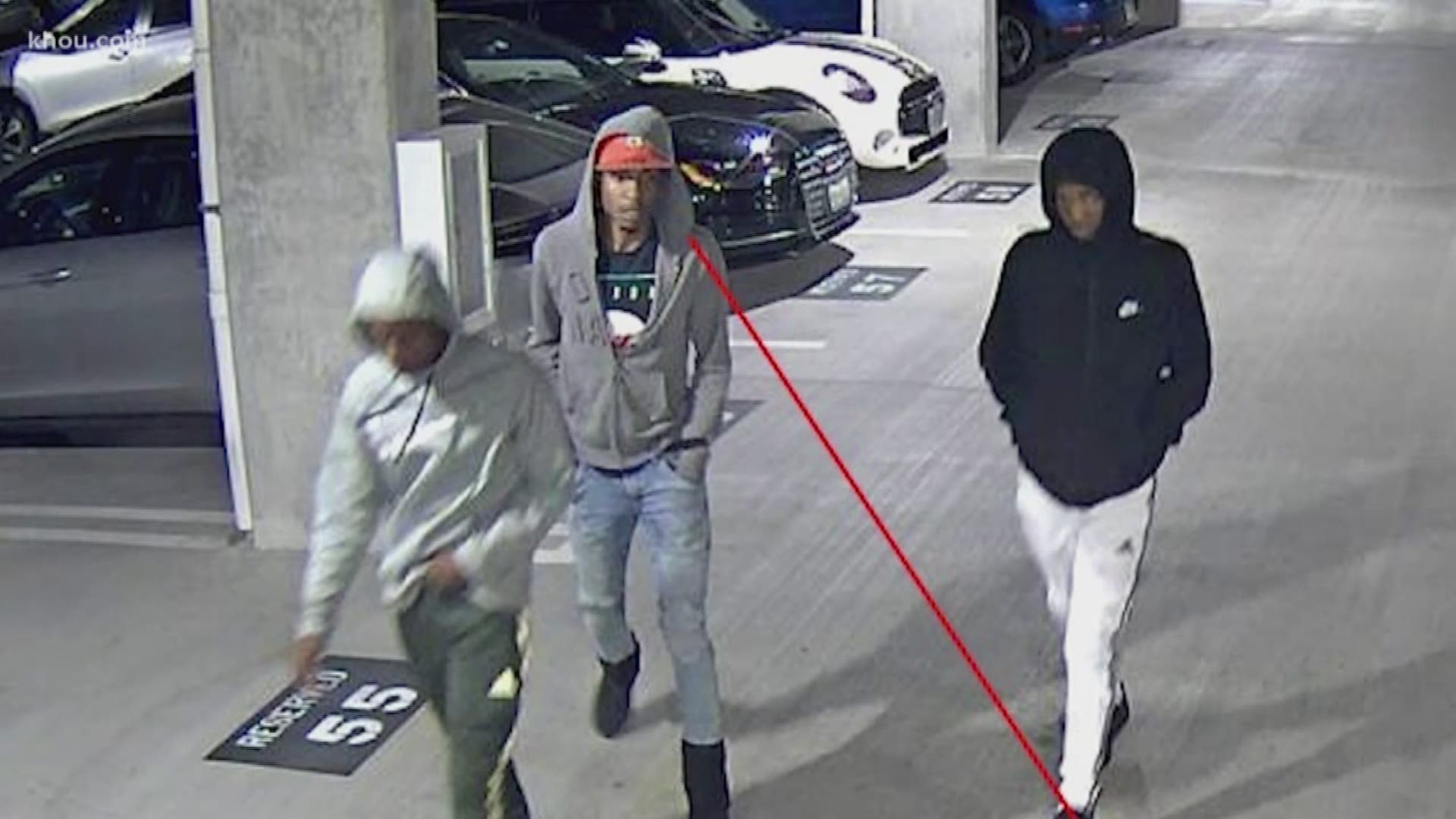 HOUSTON — Signs warn that Ascent at City Center is under surveillance.

Lyman’s SUV was targeted by the thieves, as well as her husband's vehicle which was parked next to it.

"They even broke into a policeman’s truck," Lyman said. "His badge was on the seat. I mean, you can’t make this up.”

An email sent to residents by the management company mentioned similar break-ins at other City Centre area communities.

According to the complex, the men got into the garage by jumping over one of the access gates.

"And they were boldly walking through the garage like they owned the place,” Lyman said.

"We are scared that they might be going in the apartments now," resident Lina Basale said. "Because, to break in 30 cars, it took some time. And they were not rushing at all.”

The complex said improvements are being made to access points. but it's unclear exactly what they are.

"This has never happened before,” Lyman said.

She, and others, said they hope the security isn’t tested again.

Call HPD or Crime-Stoppers with any information about these burglaries.

Never leave valuables in your vehicle wherever it's parked.

RELATED: Wanted: Suspect who broke into vehicles during a burial at a Houston cemetery