Police said the mother was throwing up pills at the scene and they smelled alcohol. 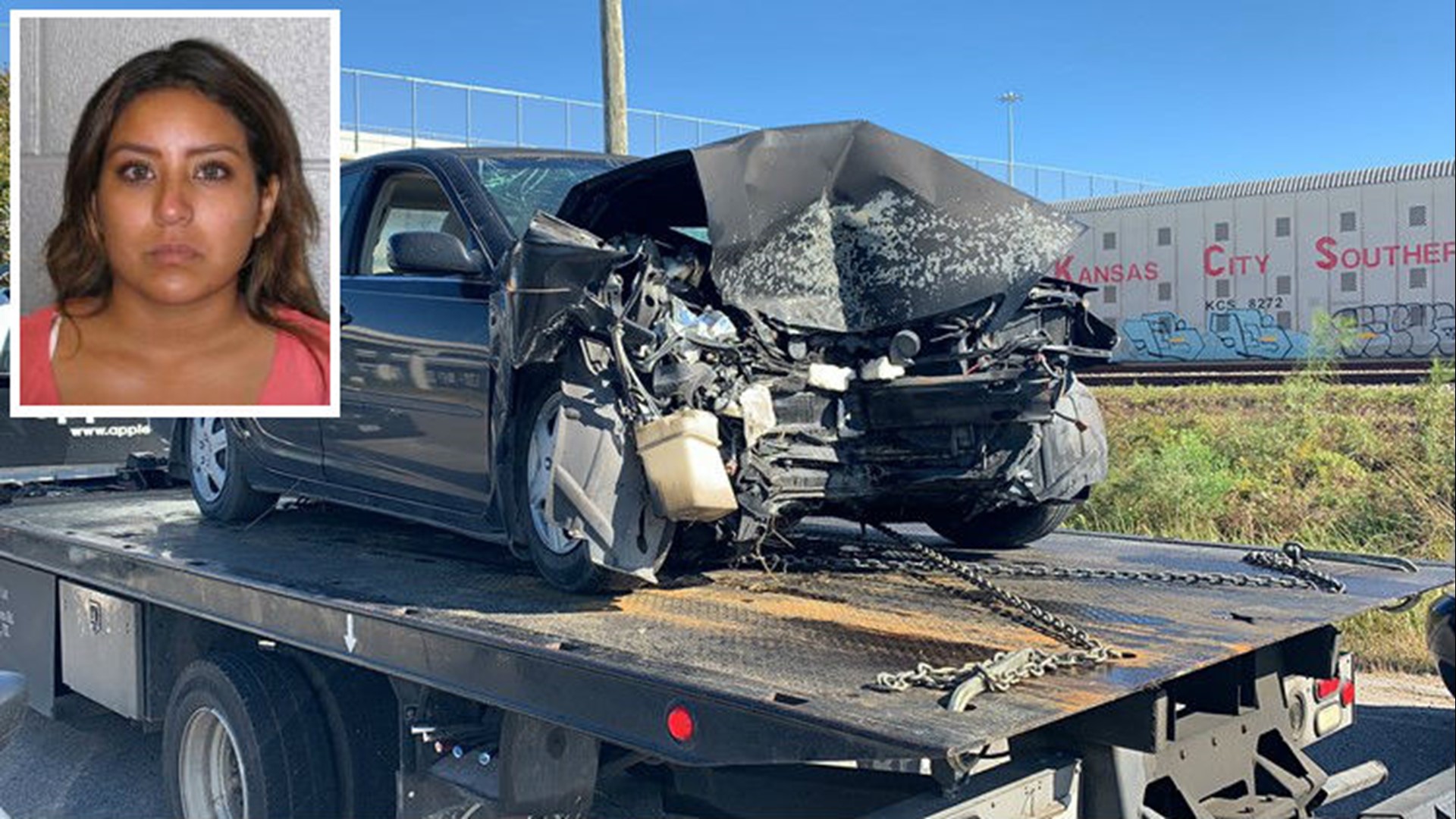 HOUSTON — A mother has been charged with murder after her 3-year-old son died in a crash where she was suspected to be driving drunk.

Her 8-year-old was also in the vehicle and suffered a broken leg.

The Harris County District Attorney’s Office said it appears the mother, 26-year-old Cristal Gonzalez, was disoriented when she started driving the wrong way and crashed her vehicle into a barrier in the 12200 block of Mykawa Road around 5:45 Saturday morning.

”You drive a little faster to the scene. You know you’re coming up on one of the biggest tragedies that you’re ever going to experience," said Sean Teare with the Harris County District Attorney's Office.

Investigators believe she was heavily intoxicated because there was a strong odor of alcohol and she vomited at the scene.

Pills were found in her vomit, police reported.

She was taken to the hospital in critical condition. She is undergoing surgery for pretty traumatic chest injuries.

Her blood was drawn at the hospital and police said she tested three times over the legal limit.

”We’re turning to how in the world was a 26-year-old woman able to pick her two children up at three times the legal limit and drive down the road," said Teare.

Investigators said it appears she was on her way home with the children after she just picked them up from their father's home.

In addition to the murder charge, she has also been charged with intoxication assault.

”She’s a great mom. We see her all time. I’m just totally in shock. This is not like her," said Karen Marin, Gonzalez's next door neighbor. "I can only imagine what that family is going through. It’s a lesson to be learned. I’m sure she’s regretting every action that she made last night. She’s going to have a long time to think about this."