Police say last night's deadly wreck happened on the 610 South Loop at Highway 288. The driver responsible is in jail. 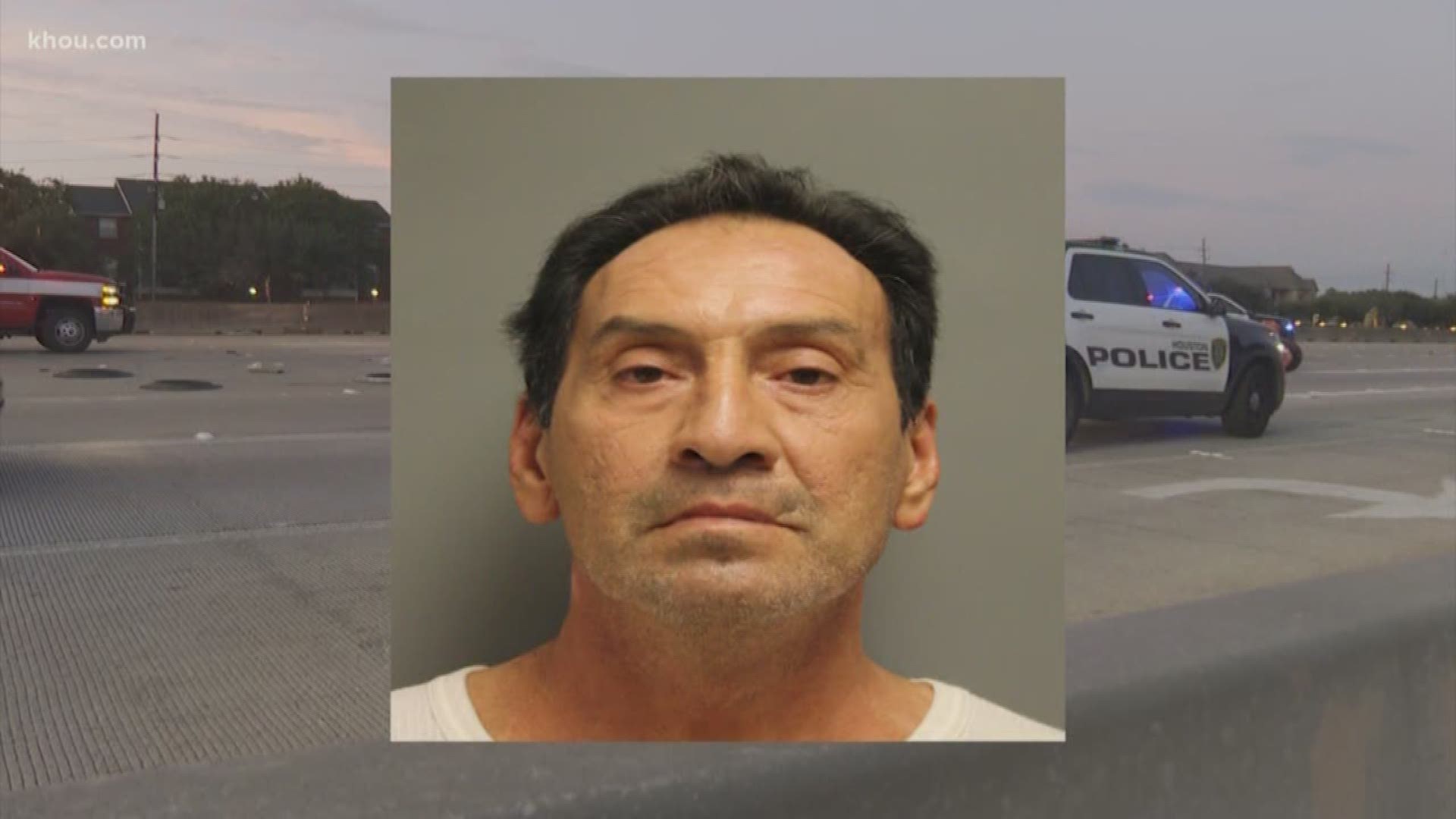 And this isn't the suspect's first run in with the law.

The crash happened on the South Loop at Highway 288 just before 7:30 p.m., mangling both cars involved.

Houston police say the victim was changing his tire in the split area between the South Loop West and the entrance ramp to Highway 288.

The victim as standing outside his vehicle and was also struck. Police said he was taken to a trauma center but died a few hours later.

Vasquez was taken into custody on DWI-related charges, police said. Records show he's had at least three prior DWI convictions.

Records show Vasquez has also been arrested for unlawful carrying of a weapon and unauthorized use a vehicle with arrests dating back to 1976. The mugshot seen here is from a previous arrest - not Tuesday night's.

The name of the victim killed in the crash on 610 has not been released.