"We can’t vouch for these officers’ credibility,” District Attorney Kim Ogg said. “Police corruption erodes public trust and through methodical, deliberate and independent investigation, we will get to the truth.” 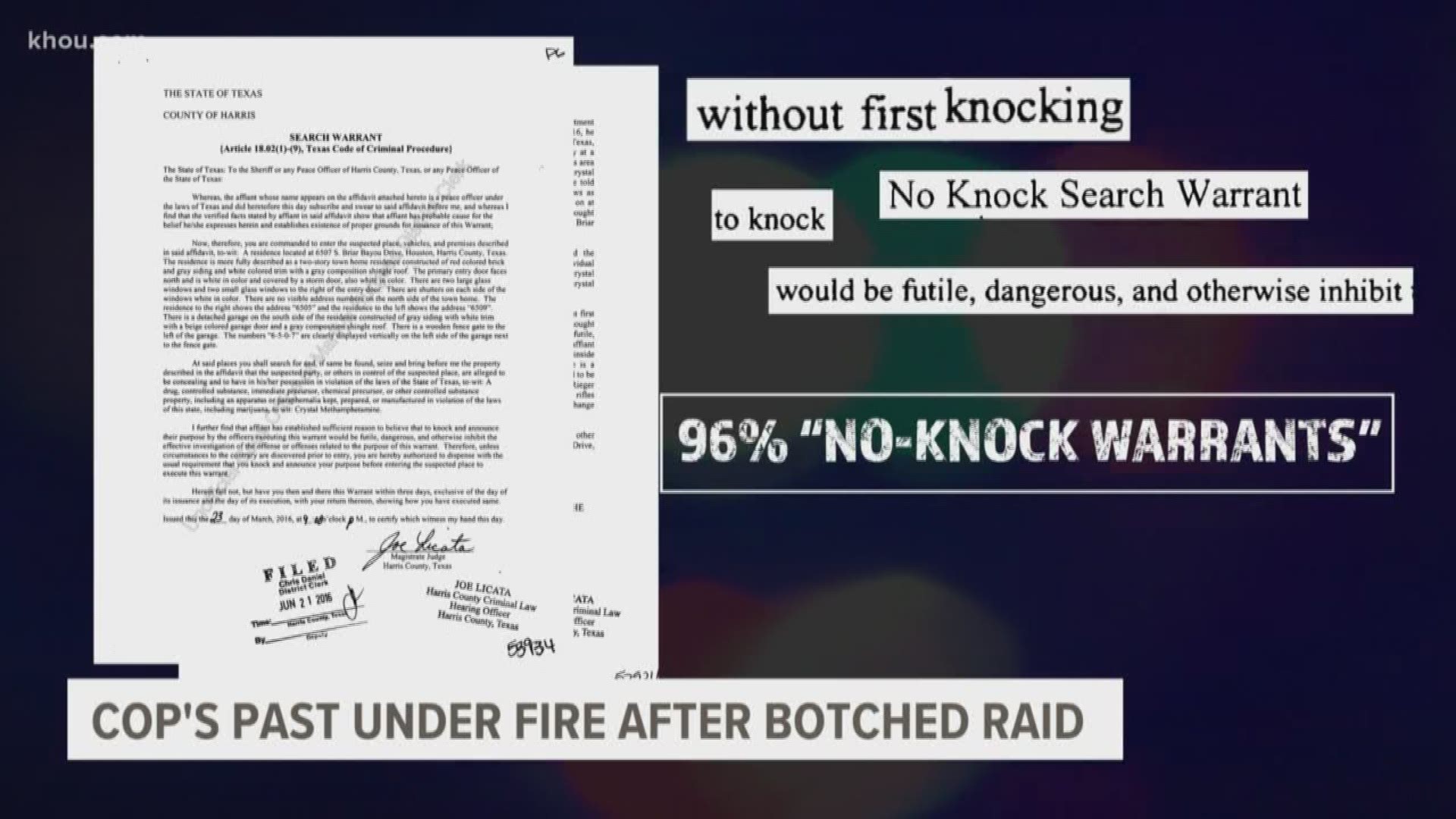 HOUSTON — More than two dozen Harris County suspects are off the hook because of questions about two former cops involved in their cases.

The Harris County District Attorney's Office has asked to dismiss 27 pending cases due to concerns about the cops’ credibility.

Gerald Goines and Steven Bryant were relieved of duty by the Houston Police Department for their roles in the deadly drug raid on Harding Street.  Two suspects were killed in the raid and four HPD undercover officers, including Goines, were injured.

HPD Chief Art Acevedo later said Goines lied on the warrant used to justify the no-knock raid, and he became the focus of a criminal investigation.

The motions for dismissal include all remaining pending cases in which Goines or Bryant were material witnesses who could be required to testify in contested cases.

“Truthfulness is essential in a case that must be proved beyond a reasonable doubt. We can’t vouch for these officers’ credibility,” Ogg said. “Police corruption erodes public trust and through methodical, deliberate and independent investigation, we will get to the truth.”

Hundreds of other cases involving Goines and/or Bryant remain under investigation.

KHOU 11 Investigates found Goines routinely claimed it was too dangerous to knock on a suspected drug dealer’s home. He swore in search warrant affidavits “knocking and announcing would be dangerous, futile,” because he claimed a confidential informant had seen a gun inside.

Goines’ claims led judges to grant no-knock warrants, which accounted for 96 percent of all the search warrants he filed in the last seven years, a KHOU 11 Investigation found. But in every one of the more than 100 drug cases based off those warrants, there’s no record of Goines ever seizing a gun after executing a no-knock search warrant.

Houston Police Chief Art Acevedo accused Goines of lying about a controlled drug buy on a search warrant affidavit to justify the deadly drug raid. In the affidavit, Goines claimed a confidential informant bought heroin and saw a handgun inside the home, but no heroin and no handgun were ever found.

HPD has since changed its policy on no-knock warrants and they now require approval from the chief or a member of his command staff.

Both officers have retired.

RELATED: 800 cases linked to another Houston cop will be reviewed by district attorney