Deputies said the victims were ambushed in a drive-by shooting in north Harris County. 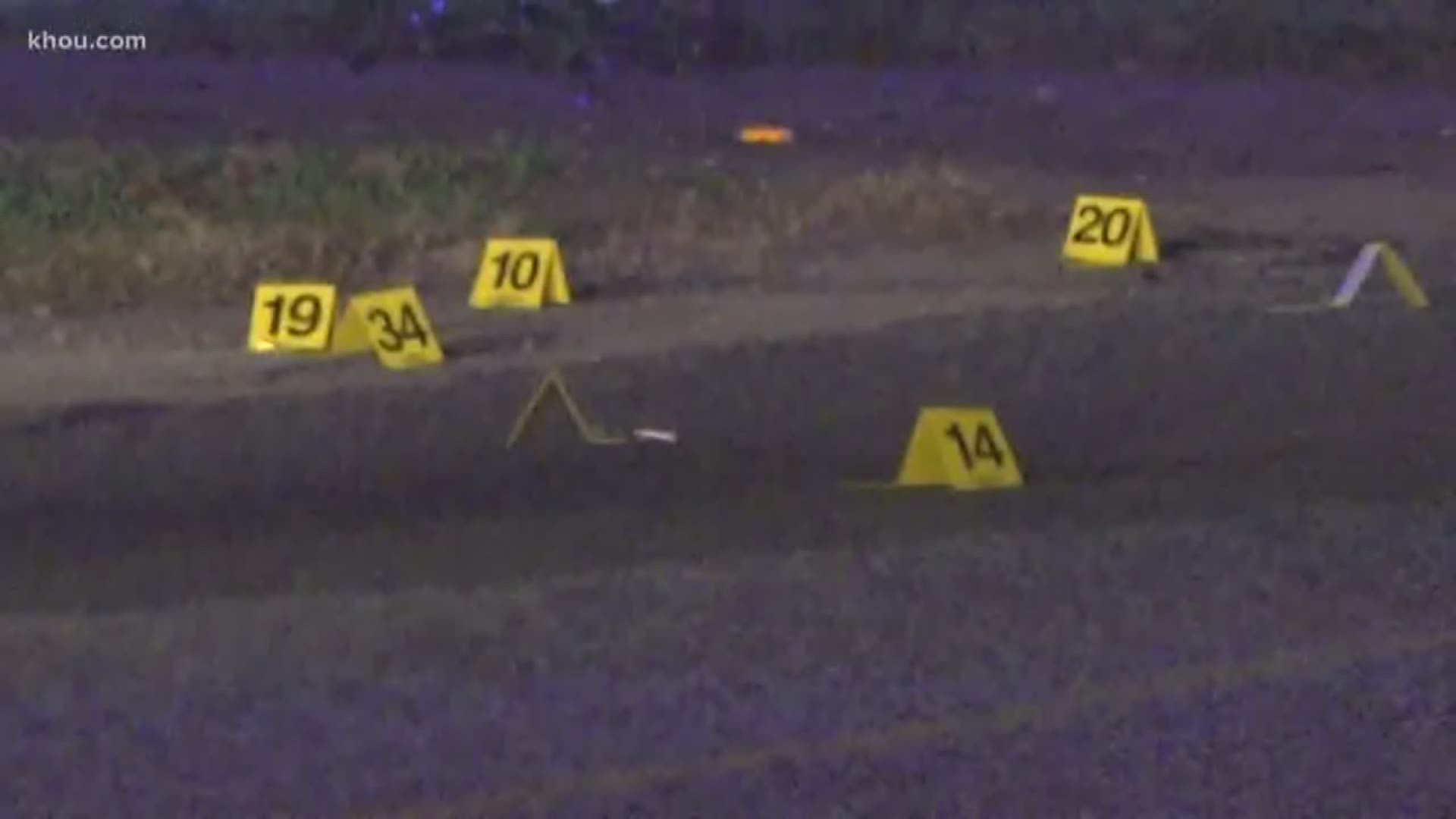 HARRIS COUNTY, Texas — Two people were killed and at least seven others injured in a drive-by shooting Friday night at a warehouse complex in north Harris County.

It happened in the 500 block of Smart Street. Harris County Sheriff Ed Gonzalez said the victims were Hispanic men in their 20s. They were ambushed while making a rap music video in the parking lot.

Among those who were shot, one was struck in the head and another in the rear. Two were pronounced dead at the scene and one was taken to an area hospital in critical condition. The condition of the other victims is not known, but they remain hospitalized.

On Saturday, authorities identified the two men who died at the scene as 20-year-old Gonzalo Gonzalez and 22-year-old Jonathan Jimenez.

"Basically, they were ambushed. We believe by individuals in cars and/or foot," said Sheriff Gonzalez. "A lot of shots were fired. We have an extensive scene out here."

People who were at their businesses at the time said they heard gunshots, but did not get concerned until they heard rapid fire shots, which they thought could have been automatic weapons.

The father of one of the injured men came to pick up his son's car from the scene on Saturday. He said one of the reasons he moved away from this area was because of the amount of violence.

Dozens of numbered crime scene markers were placed around the scene, which is near the corner of Smart Street and Berwyn Drive.

Take a look at the scene in the video below.

According to the Sheriff's Office, there may be more victims who left the scene looking for medical help. And at this point, it is not clear if the victims knew the suspects or what may have motivated the shooting.

Investigators have not released any suspect descriptions yet.