Fabyan Rojas, 19, has been charged with murder for the death of Jesus Maldonado. 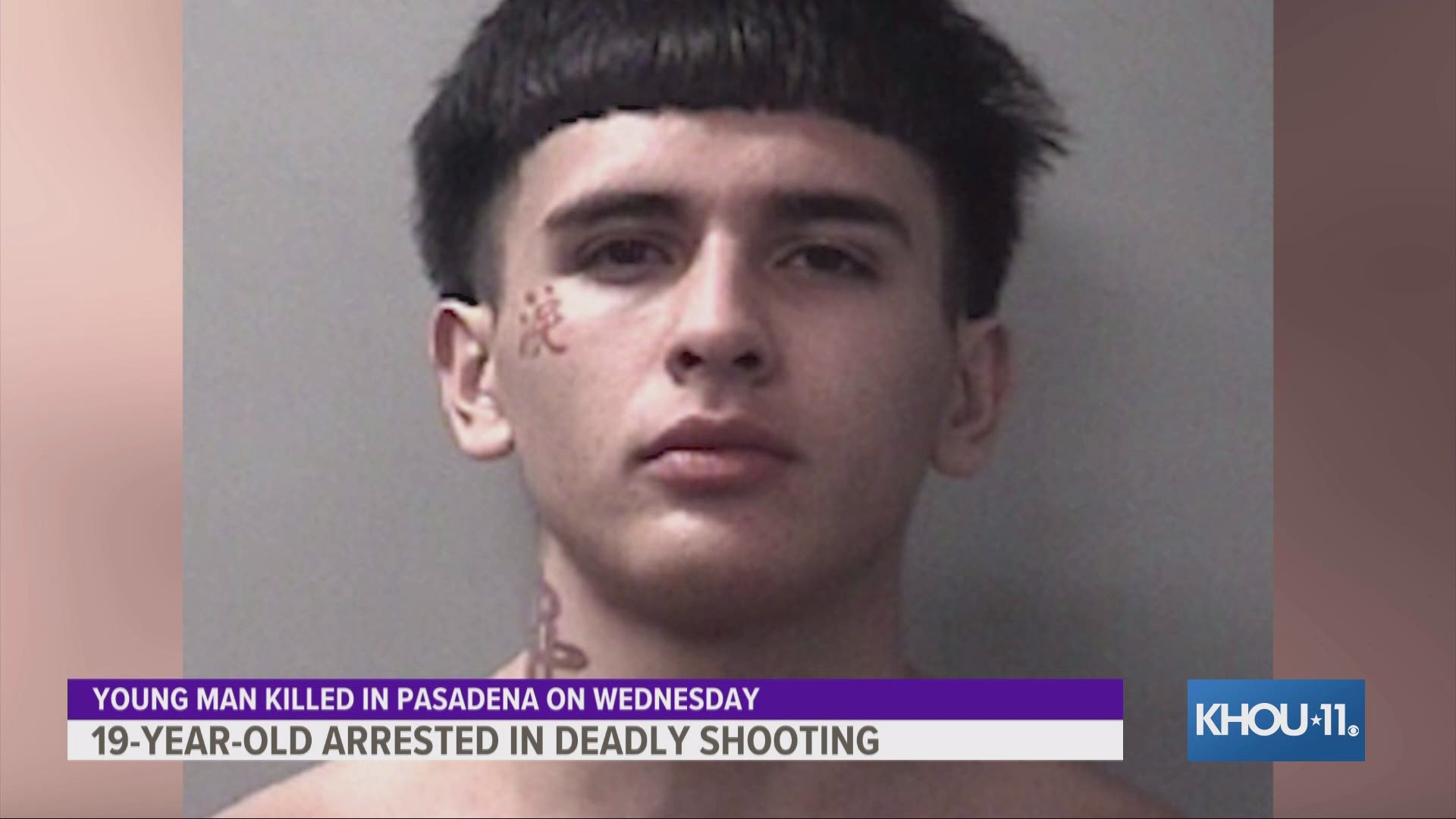 PASADENA, Texas — Police have arrested a young man accused of shooting another young man during a possible gang-related fight in Pasadena.

Fabyan Rojas, 19, has been charged with murder for the death of Jesus Maldonado.

The shooting happened in the 200 block of Alastair Avenue a little after 6 p.m. Wednesday.

Investigators spoke to a witness who said before the shooting, her brother posted a meme to his Facebook page making fun of a local neighborhood street gang. The witness said one of the members of the gang challenged her brother to a fight and her brother agreed.

According to court documents, the witness said her brother’s friends, including Maldonado, arrived at their home to “support” the brother in the fight, believing that the alleged gang member would bring multiple people with him.

After the shooting, the witness noticed Maldonado had been shot.

RELATED: 1 shot and killed as group of teens, young adults run away in Pasadena

The witness gave her cell phone to police and detectives were later able to identify the shooter as Rojas.

Two other witnesses who were at the fight also told detectives they say Rojas pull out a gun and shoot Maldonado, court documents read.

He was later arrested and charged.

Rojas has a lengthy criminal history. Before the shooting, he was wanted for a cruelty to animals charge out of Harris County.