Two of the victims died. The shootings included locations near a MetroLink station, The Loop and The Landing, and one shooting involved a teenager who was playing basketball. 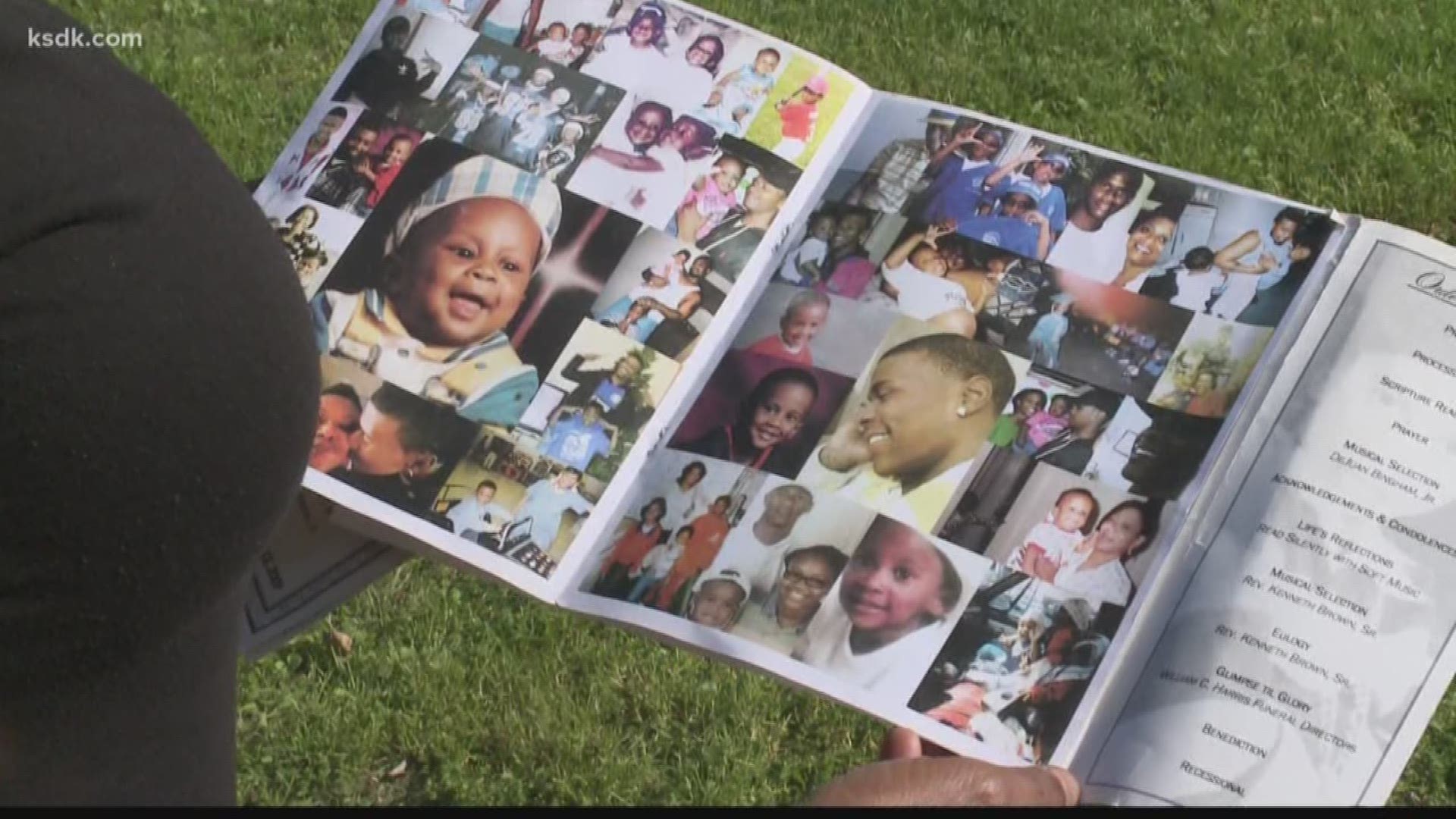 ST. LOUIS — Seventeen people were shot in St. Louis over a 24-hour period this weekend starting early Saturday morning. Two of those victims have died from their injuries.

Police have released few details about the shootings and haven’t said whether any of the cases are connected. The St. Louis Metropolitan Police Department is expected to release more information on the investigations Monday morning.

In all, there were 10 shootings. One of the cases involved five victims.

The shootings included locations near a MetroLink station, The Loop and The Landing, and one shooting involved a teenager who was playing basketball.

Below is an interactive map of where the shootings happened. If you can't see the map, click here.

Here is the full list of shootings beginning Saturday morning:

Just before 1 a.m. Saturday: A man was shot in the leg at Delmar Boulevard and Hamilton Avenue, which is a couple blocks away from the Delmar Loop. The victim arrived at a hospital awake and breathing.

1:24 a.m. Saturday: Police responded to a call for a man who was shot in the hand and back in the 4100 block of Pleasant Street. He was awake and breathing when officers arrived.

1:44 a.m. Saturday: A man was shot in the arm in the 5100 block of St. Louis Ave. He is expected to survive. A second victim showed up at a hospital with a gunshot wound to the thigh. That victim was stable.

2:38 a.m. Saturday: Police responded to the 3800 block of Morganford Road for a man shot in the arm and leg. He was awake and breathing when emergency crews rushed him to a nearby hospital.

3:08 a.m. Saturday: An investigation is underway after five people were shot in north St. Louis early Saturday morning. One man died from his injuries. The shooting happened at Union Boulevard and Northland Avenue around 3 a.m. Police said three men and two women were shot and were taken to an area hospital. No other details have been released.

12:11 p.m. Saturday: A woman was found dead in an alley near Union Boulevard and Hodiamont Tracks. She had been shot several times, according to police.

9:41 p.m. Saturday: A man was shot in the arm and a woman was shot in the leg at Des Peres and Rosedale, which is just off The Loop. Both victims are stable, and police are investigating this as an assault. While the shooting did not happen at the Delmar Loop MetroLink station, service was temporarily suspended Saturday night while police investigated what happened.

12:02 a.m. Sunday: A 17-year-old boy was shot in the leg while playing basketball at Fox Park. The teen is expected to survive and police are investigating the incident as an assault.

12:20 a.m. Sunday: A man arrived at an area hospital with a gunshot wound to his leg. According to police, the man was shot near Dressell and Brennan in north St. Louis.

1:11 a.m. Sunday: Police are investigating a shooting on The Landing, just a couple blocks north of Gateway Arch Park. The investigation started after a man arrived at an area hospital with a gunshot wound. Separately, a woman also arrived at a hospital with a gunshot wound. Police said she was involved in a crash at N. Grand and Page after the shooting in the 100 block of Morgan Street.

Man in critical condition after being shot, crashing into church in Jennings